Down syndrome; a first-hand perspective

In honor of Down Syndrome Awareness Month...
One of the most heartwarming sights for me is when I see a family with a child with Down syndrome and a younger sibling in tow.  I interpret that to mean that even though these people gave birth to a child who is perceived as defective among certain fragments of society, they were not deterred from having another baby.  Because they know, first hand, what I know, first hand; that a life with Down syndrome is a rich, purposeful,and  abundant life worth living. 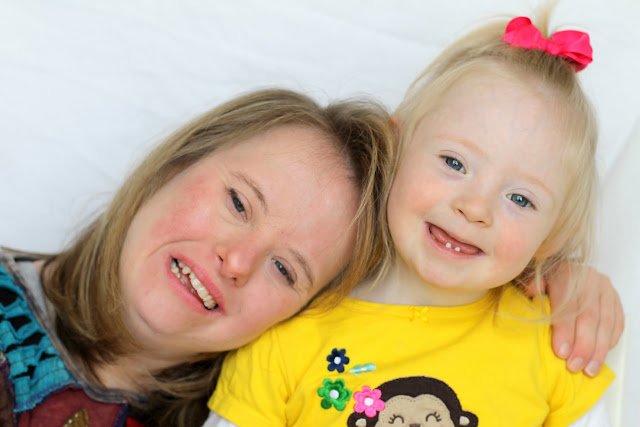 I have recently encountered three testimonies to this very circumstance that have warmed my heart and inspired me to share. All three of these women are people that I perceive as friends, even though I've only met one of them in person. (Isn't that the beauty of this blogosphere network we've formed?)
Patti, over at A Perfect Lily is mother to 10 (that's right, I said TEN) children - the youngest of which has Down syndrome. She recently announced that she is pregnant with her 11th child and she writes:
Did you know that my odds for having a baby with Down syndrome at age 45 (when I deliver I'll be 45) are 1 in 30?? And having had a child with Down syndrome, they go up a percentage.

Meaning I am extremely "at risk" for having a baby with Down syndrome.

Guess what?
It doesn't bother me a bit!!! 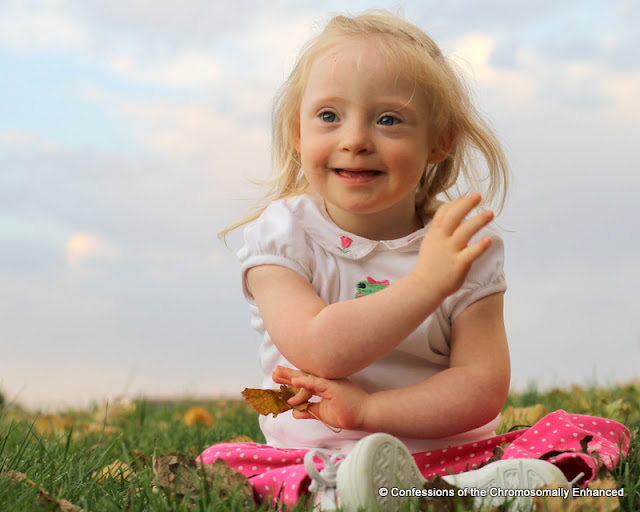 Nicole, over at The Reese Report, has two little girls - the youngest of which has Down syndrome.  She has also recently announced that she's pregnant and she writes:
Yes, technically my chances of having another baby with Ds are higher. The genetic counselor quoted me "1 out of 100" odds. I haven't told Ben [Nicole's husband] yet - he will be devastated our chances are so low. 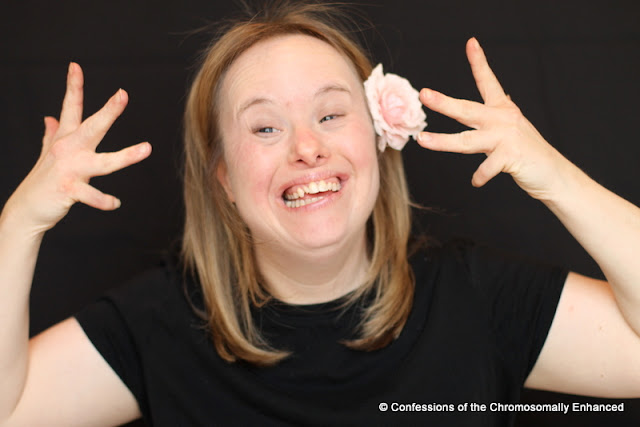 And then there's my favorite blogger and dear friend, Courtney, over at Pudge & Biggie, who has two children with Down syndrome (both of whom were adopted - adoptions inspired by a family member with Down syndrome and years of teaching children with special needs) and is pregnant with her third.  She has written several things that have touched my heart in a profound way:
Our biggest hope is for a healthy, perfectly-put-together baby. We feel like gluttons praying for it, since we already have two that fit that description right now, but we're shooting the moon and hoping for a third.
AND
We wanted to start our family with a child who had Down syndrome and couldn't guarantee we'd cook one up, so we outsourced for LC...[This pregnancy is] our first squib via the dinner and a movie route, and we have no idea how we'll react if it turns out to be typically developing. But, I guess every kid arrives with its own learning curve, and we'll find a way to love it in spite of itself.
AND
As a mother of TWO children with Down syndrome...who was only pregnant for 10 weeks...I was urged by THREE separate medical professionals at THREE separate medical appointments to have the early test that would indicate whether the baby I carried showed indicators for Down syndrome.

My response was an easy one. "Well, if the kid has Down syndrome, then it just proves it was able to accurately read an address on its way here." 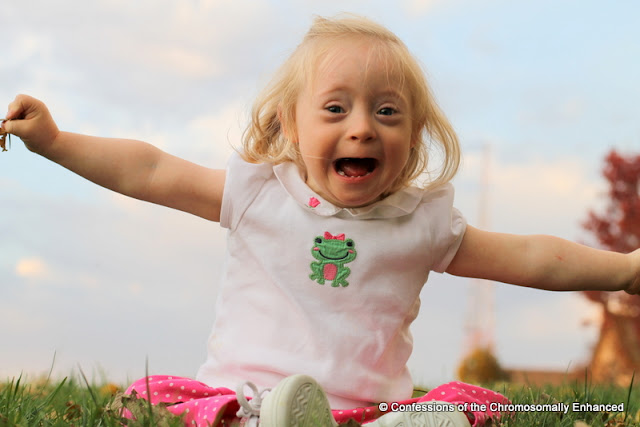 That's right - those of us who have been fortunate enough to have first-hand experience with Down syndrome have been so positively impacted that we would do it again.  Heck, my existence here today is proof that my parents were willing to do it again.  That my friends, is the best advertisement for the merit of life with Down syndrome that you can get.  Just take it from those of us who are on the inside!﻿
Posted by EN at 7:03 PM