Dancing with the stars (of CCE)

Mama Hop and Aunt Leanne came to help out while Travis was on a brief business trip (domestic this time - a refreshing change).  I had to take Josie on a little road trip to the children's hospital to get her glasses adjusted and to get a new Mic-Key button (hopefully the last one but I don't want to jinx it so we'll talk about that when it actually happens!) and Mama Hop and Aunt Leanne stayed behind with Merryn. 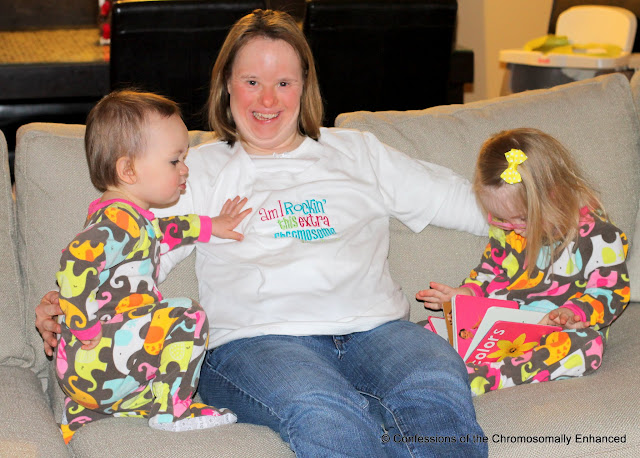 When we returned that evening, we had an impromptu dance/karaoke party.  Leanne mentioned this in her blog post.  Initially she was hesitant to blog about it because she said she didn't know how to spell "karaoke".  I said "That's ok.  No one does!"

We had a request for some video footage so here it is!  Aunt Leanne takes on "Any Man of Mine," Shania Twain's popular feminist anthem about not putting up with any nonsense from a man!  Leanne outta know about that - she broke up with her last boyfriend because he flexed his muscles for another girl at the Special Olympics.  It was scandalous - let me tell you!  He got kicked to the curb pronto!

Dad never comes home from a trip empty-handed.  He presented Josie with a sock monkey he'd picked up in the airport.  She gave it the once-over and looked up at her dad and declared, "It's broken!" 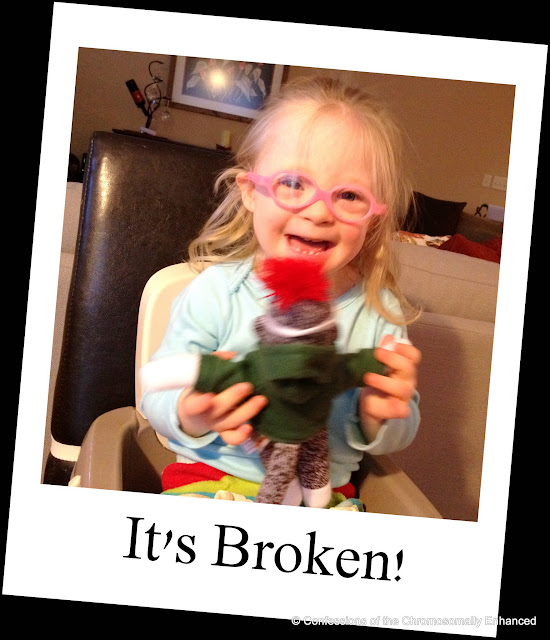