Tying up loose ends around here has kept us mighty busy.  Josie had all of her exit appointments scheduled with her specialists on Thursday.  The children's hospital is an hour away and we anticipated being there for the better part of the day.  Imagine the fun of trying to keep two toddlers confined to a stroller and entertained for hours... 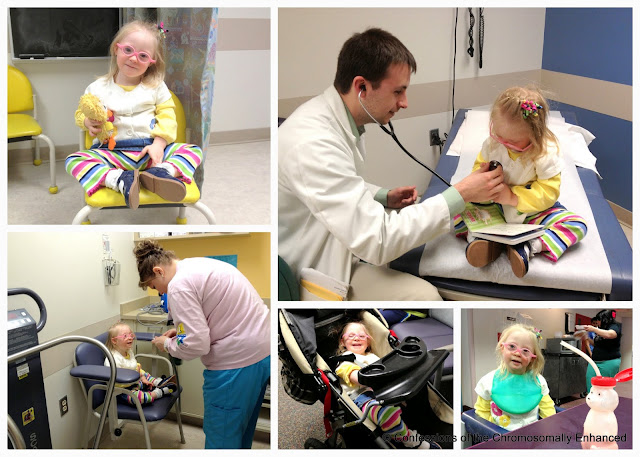 But as luck would have it, Papa happened to be in town on business.  And because he's the best Papa in the world, he rearranged his meeting schedule so he could keep Merryn, leaving mom with one less toddler to worry about at the hospital.  God bless him! 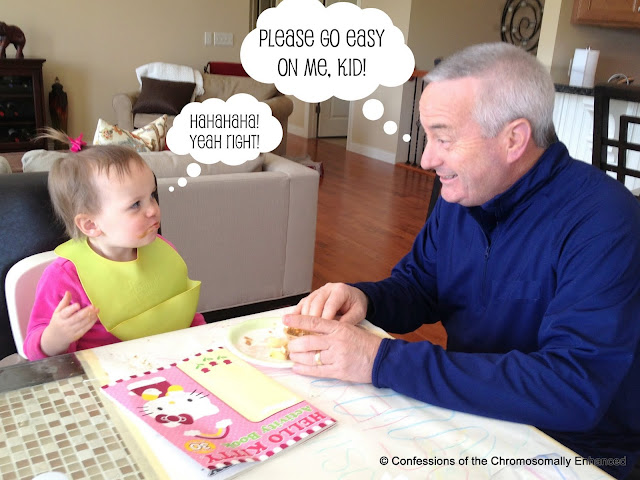 According to Papa, with the exception of one particularly nauseating diaper, the afternoon went well.

Josie appointments were also very successful.  Even though she hasn't used the Mic-Key button in months, we opted to keep it in for the time being, so she got a shiny new one.  Her GI specialist helped us find a new pediatric GI doc in our new residence so we're all set there! 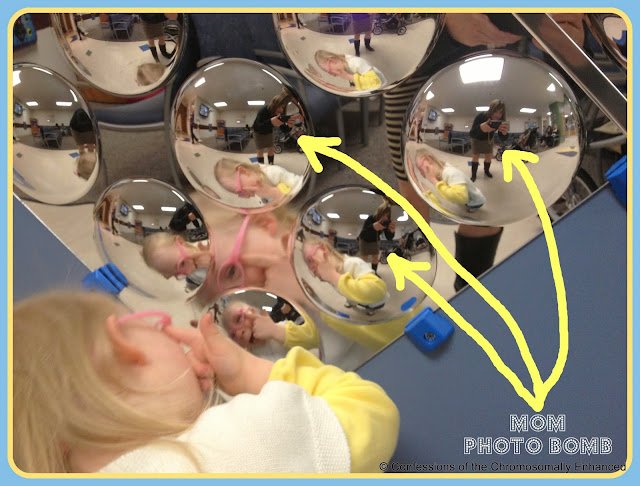 Josie had the best time admiring her reflection in this mirror in the waiting room.

The most anticipated appointment was the one with her pulmonologist and according to him, Josie is doing really well.  He warned me that if Josie were to get sick in the future, she would likely require oxygen, but for now, she's breathing easy!

Today, Josie had her last appointment with her beloved physical therapist, Bea.  Immediately after breakfast, Josie broke out her crayons and colored Bea a nice thank you note. 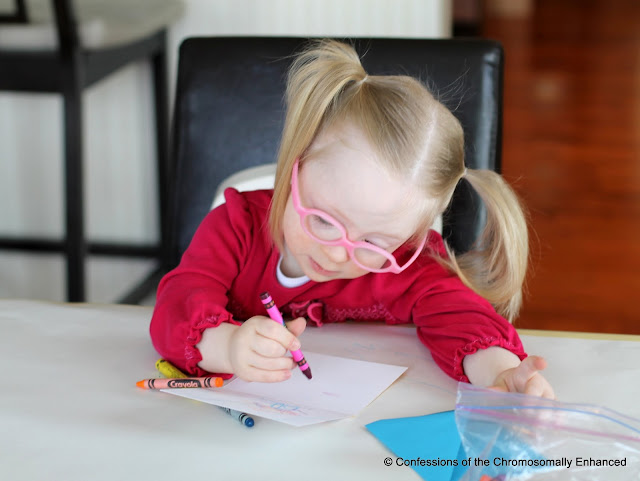 We opted to take advantage of the beautiful spring morning and meet Bea at the park where Bea diverted Josie from her standard park activity - sitting in one spot, playing with mulch.  Instead, with a little encouragement from Bea, Josie did some walking, climbing and sliding. 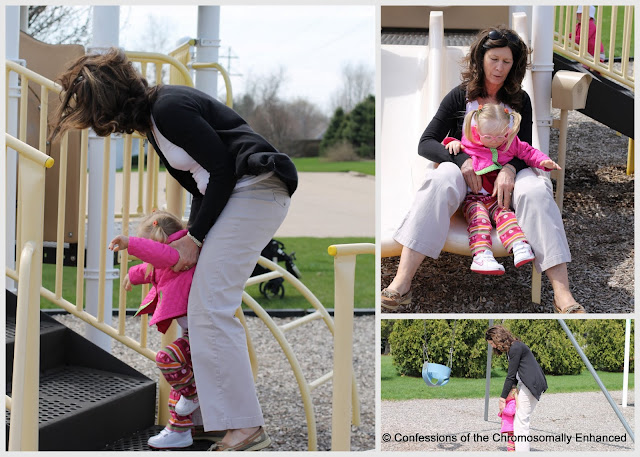 As Josie's physical therapist, Bea had the greatest challenge of any of Josie's therapists - overcoming Josie's strong aversion to all gross motor activities.  But Bea never gave up!  Every week she brought new equipment and customized new approaches to inspire Josie to move.  And even when things seemed particularly discouraging, Bea always injected positivity into each session by finding a sign of progress ("Did you see how she transitioned into half kneel?!  That's terrific!").  For parents of children with special needs, having a therapist who remains positive and offers encouraging words is so critical to providing the motivation to keep going.  We are very grateful for Bea! 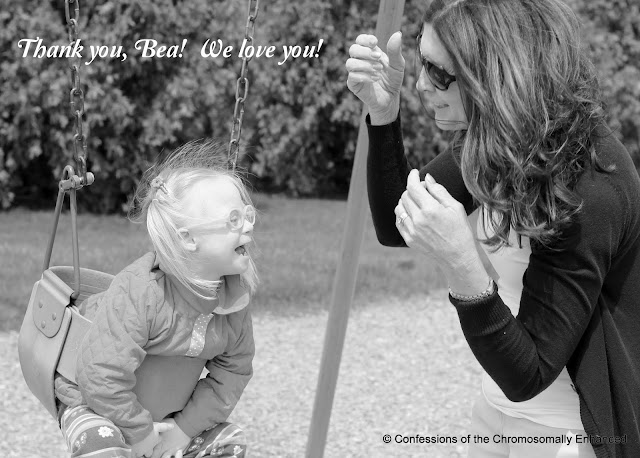 I'm beyond elated to announce that today marks my last day of solo parenting!  Dad has been living and working in our new residence for the past couple of months and the separation has been tough on everyone.  He has flown home most weekends but tonight he is flying home for the last time and we will be reunited as a family as we embark upon our big move up north!
But before that happens, we are spending our last weekend with Mama Hop and Aunt Leanne.  We can't wait!﻿
Posted by EN at 5:14 PM