We joke that Josie was conceived at the Olive Garden.  We were celebrating my birthday over an endless supply of bread sticks and the subject of adopting a baby with Down syndrome came up, as it had many times in the past.  This time, however, Travis moved the topic from the "abstract idea" category to the "reality" category with the statement that changed our lives:
Well, adoptions can take years so if we're really going to do this, we better get the ball rolling!
Um, wow...let me think about this...We had been married for 8 years at that point and we felt like our lives were in a secure and comfortable place.  And while I still felt a little young to be entertaining the idea of motherhood, he had a point - it would be a few years off, right?  WRONG! 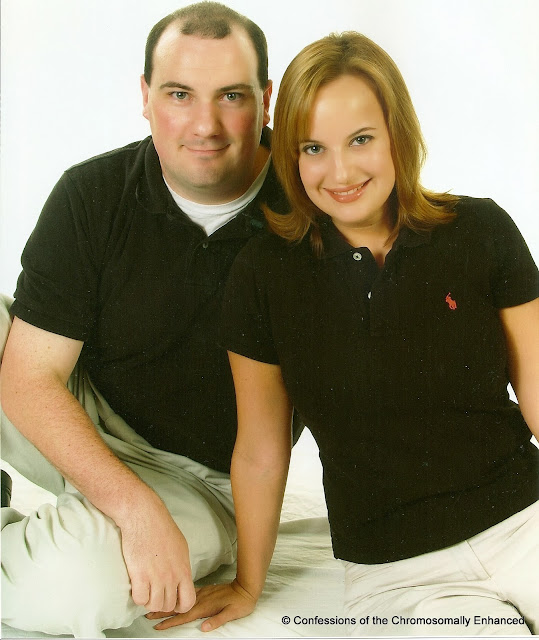 I went home and started researching the topic of adoption by Googling "Down syndrome adoption".  I was bombarded with information about attorneys, adoption agencies, domestic adoptions, international adoptions, open adoptions, semi-open adoptions, closed adoptions, public adoptions, private adoptions, restrictions, costs...it was overwhelming!  Being the academic type that I am, I started printing out the most comprehensive and pertinent information and I organized it in a three-ring binder.  I then placed the binder on the back of the toilet, where I knew Travis would find and peruse it (I'm savvy like that).

One of the first major decisions we had to make was domestic vs. international adoption.  Through websites like Reece's Rainbow, I learned that there are hundreds of beautiful children in foreign orphanages waiting for homes.  While I would encourage anyone to pursue international adoption, we ultimately chose domestic adoption because, truthfully, we wanted a newborn and domestic adoption was significantly less expensive.

The expense is a major deterrent for many people who would otherwise consider adoption but in my research, I learned something very important - interview MANY adoption agencies because the costs vary dramatically.  I was quoted between $10,000 and $35,000 depending on which agency I was speaking with.  As with anything, you don't want to select an adoption agency based upon cost alone, but the point is that you must do your research.  The agency we ended up using waived a large portion of its fee because we were finding our own baby through the National Down Syndrome Adoption Network, which is a non-profit organization that connects birth parents with families wishing to adopt a baby with Down syndrome.  Fees associated with adoption can be further offset by fundraisers and grants (they are plentiful - Google it!).  State and Federal adoption subsidies can be an enormous help in offsetting special needs adoption costs as well.
I won't get into more specifics about Down syndrome adoption, because Courtney over at Pudge and Biggie, has done all of the work for me.  If you'd like to read more, click HERE.
Another EXTREMELY helpful resource was finding other families - especially local families - who had already completed the adoption process.  The NDSAN connected me with a couple of families and I found a few through friends.  The wealth of information and referrals they provided was simply invaluable.
One of the referrals another adoptive family helped us with was finding an adoption agency.  In January 2010, we began our home study which involved filling out lots of paperwork, having references fill out lots of paperwork, getting  background checked and finger-printed, and hosting a series of home visits, which are not nearly as intimidating as I feared they would be.
We then drafted a "Dear Birth Mother" letter providing information about ourselves to prospective birth mothers and explaining why we wanted to adopt.  We also compiled a photo album of ourselves attempting to look as wholesome and sane as possible. 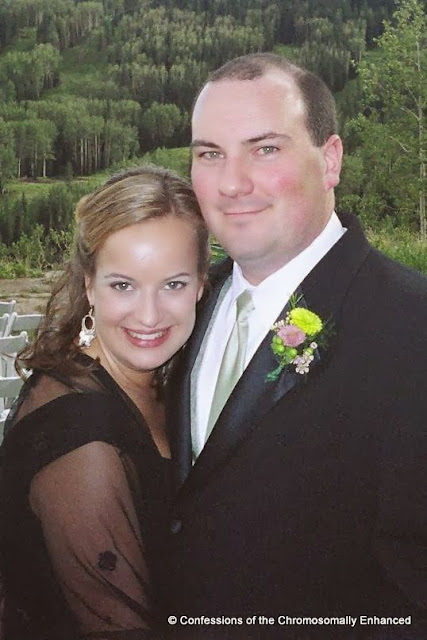 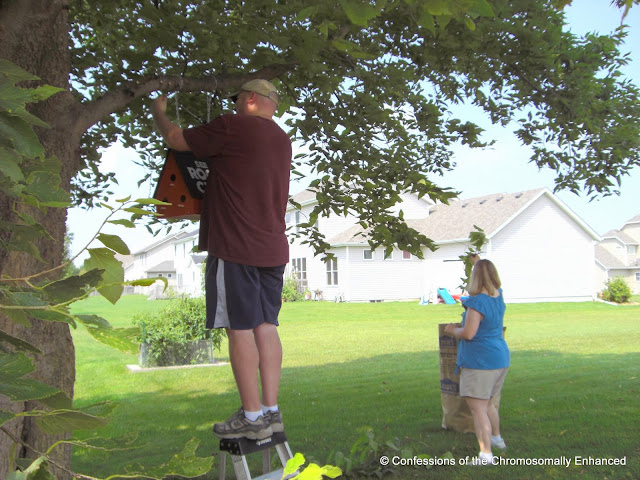 Knowing that the opportunity for international travel would dwindle as soon as a baby was placed in our arms, we took a trip to Europe. 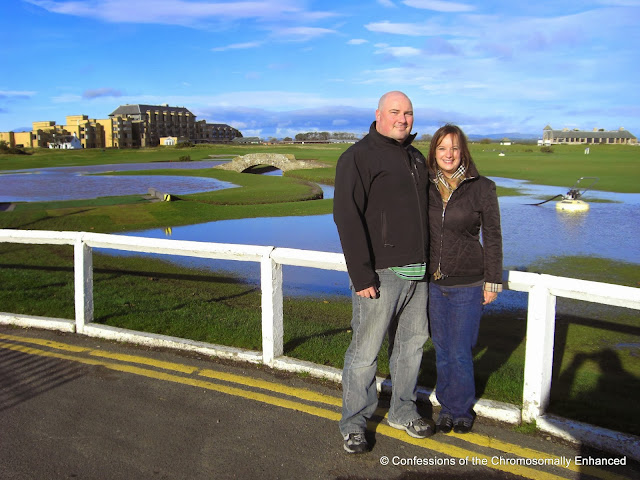 We love you, St. Andrews
We then got down to business taking care of the pre-baby prep work.  Because our spare bedroom would need to become a nursery, Travis and his dad set out to finish our basement to provide more space for eager grandparents to come and stay. 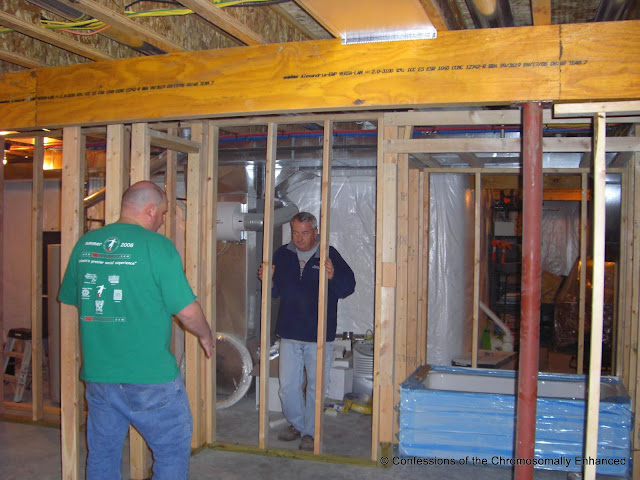 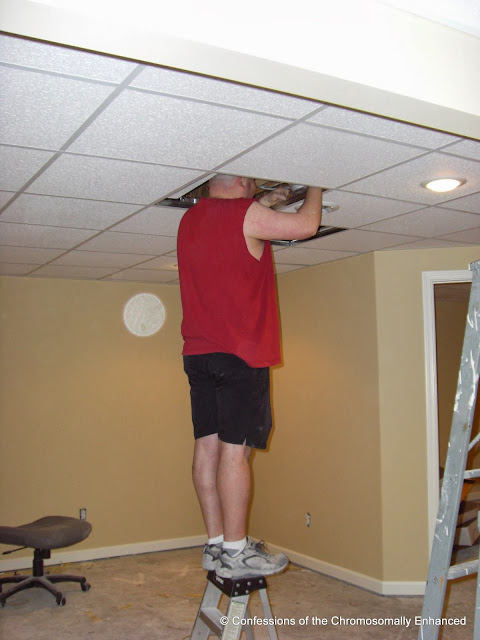 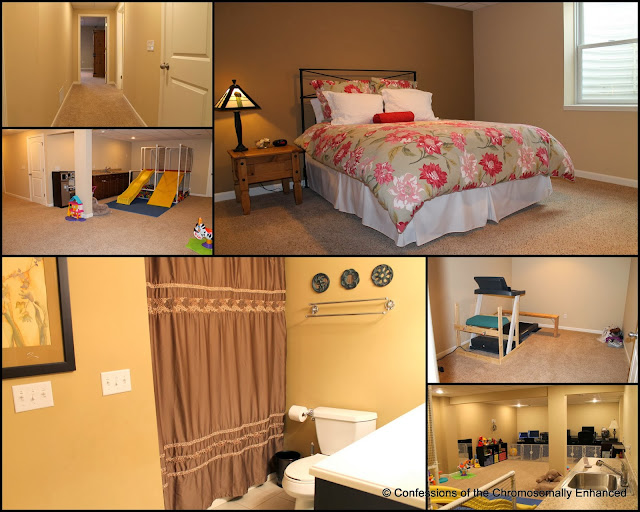 After getting all of our ducks in a row and we sat and waited for the phone call that every prospective adoptive parent yearns for...
Posted by EN at 7:57 PM