I had another post almost ready to publish when I got some sad news from my mom: her beloved cat, Neko, passed away. 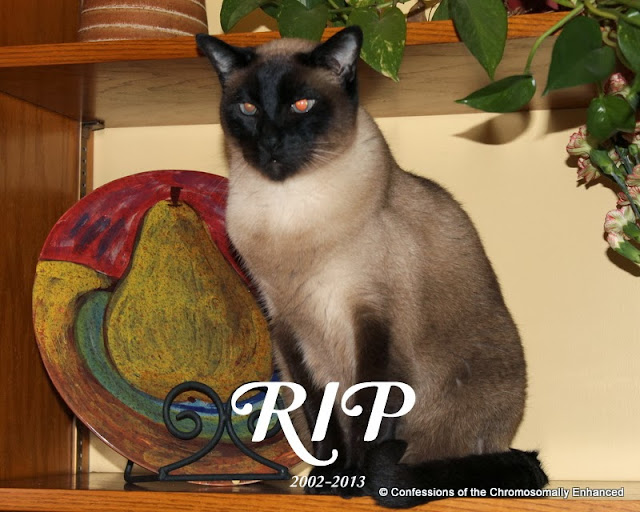 Neko (Japanese word for "cat") was a beautiful Siamese cat.  As a part of the family, he received several mentions on CCE, so it's only right that we acknowledge his life and his passing.  He was arrogant and aloof in a way that cat lovers find incredibly endearing. 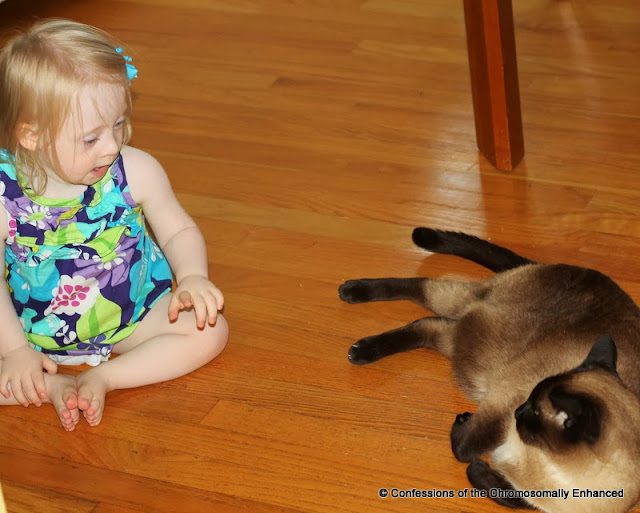 Failing to exude many qualities that the general public would consider particularly appealing, he has been the target of an anonymous death threat, he has been quarantined because of a particularly violent encounter with a pizza delivery man, and he has bitten more visitors than we care to mention... 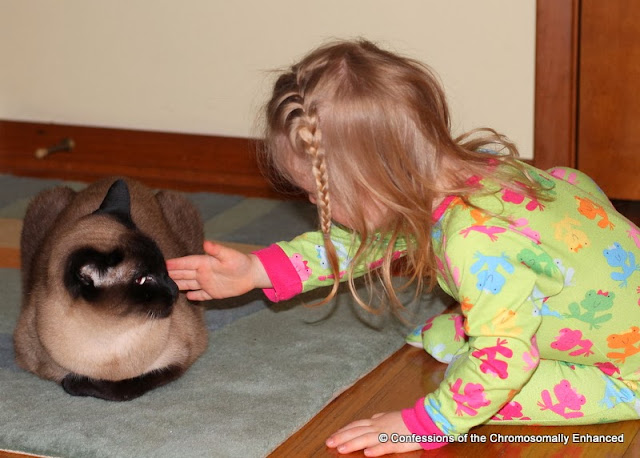 ...but Mama Hop always points out how he never bit Leanne.  He was extremely gentle around both of my children as well.  And Mama Hop would justify the aforementioned character assassination by saying that Neko took his role as the man and protector of the house very seriously.  What some people perceive as an villainous feline, Mama Hop considers a good guard cat.

So let's take a moment to pay our respects to Neko and to extend our extend our sympathies to Mama Hop, Aunt Leanne, and her surviving kitty, Art C.  Rest in peace, Neko.  It's been a fun ride.
Posted by EN at 2:42 AM