Merry Christmas and Happy Thanksgiving (in no particular order)

Okay, where were we? Ah yes, Christmas.  First Christmas, then Thanksgiving. I know, I know - it doesn't make any sense but that's how it worked out this year so play along...Since Mama Hop and Aunt Leanne won't be back for Christmas, Mama Hop planned a lovely meal and gift exchange at the condo.  Upon walking in, we were greeted by red and gold gifts scattered about. 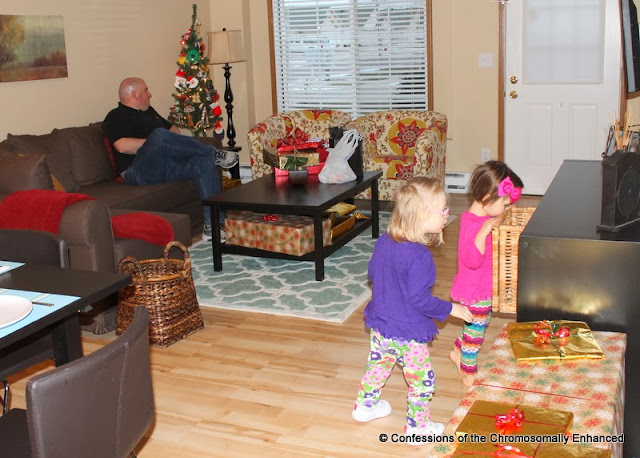 Mama Hop and her trusty elf had clearly been busy wrapping presents.  Here's that trusty elf with her cherished "brother" - aren't they lovable? 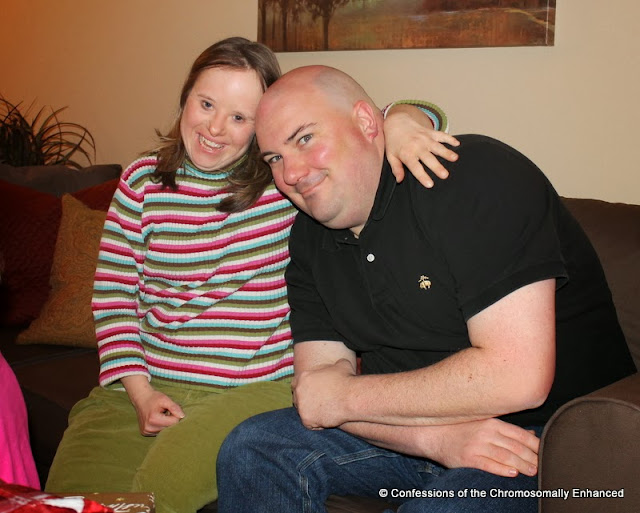 Josie's most anticipated gift was Big Hugs Elmo.  Because of her affectionate nature, we knew she'd love it.  Besides, who doesn't love Elmo?! 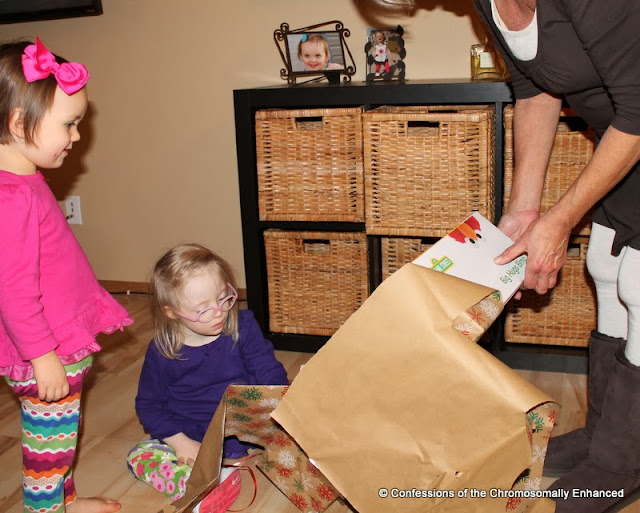 The biggest box was for Merryn - it was a pretty impressive peddle car.  I'm sure you'll see her driving that bad boy around the block come Spring. 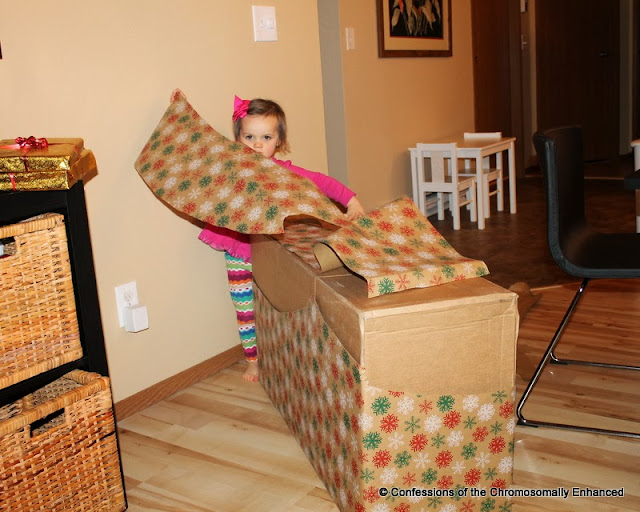 But despite the grandiose nature of that enormous box, Merryn's favorite gift was her preschool prep book from Mama Hop.  She sat and flipped through that thing forever!  We have quite the little scholar on our hands. 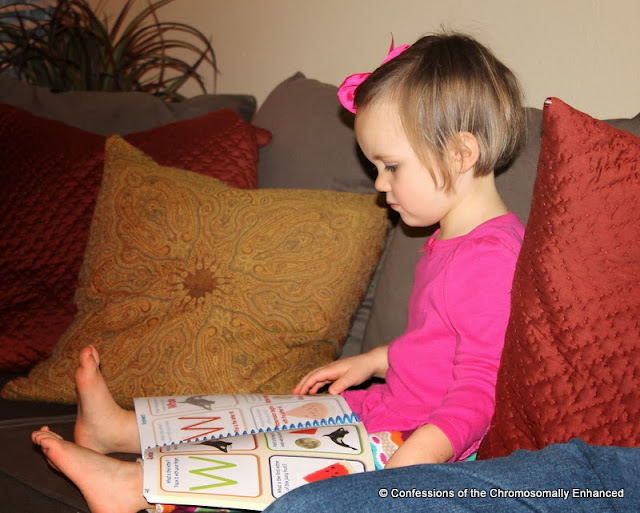 Fast forward to Thanksgiving.  My mom and I were reminiscing about how the last couple of Thanksgivings we spent together were really hard.  Thanksgiving 2010 was the last time I saw my Grandpa before he passed away, and Thanksgiving 2011 was the last time I saw my father before he passed of cancer.  Both men were in really poor health with bleak diagnoses which made the holiday difficult to enjoy.  There's always a fear that those difficult memories will undermine the joy on future holidays but that really was not the case this year.  Having my mom's cousin, John Perry, and his family join us gave us something new to look forward to that certainly enhanced the festivity and boosted our spirits. 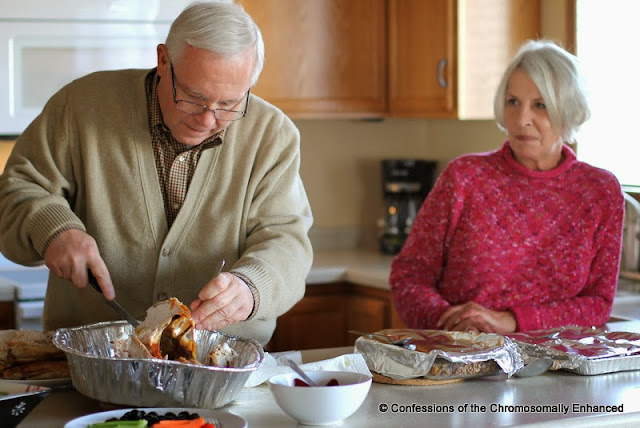 As previously mentioned, Thanksgiving was not without its blunders.  First, I dropped a whole bottle of wine in the driveway.  After I cleaned up the broken glass, Travis dumped a bucket of water on the wine to attempt to clear the mess and avoid a Cabernet stain.  That resulted in a nasty ice patch forming right where we all parked.  Then John Perry sliced right through the foil roasting pan while he was carving the turkey - I'm sure it was nothing more than an empathetic gesture to make me feel less foolish about the wine debacle.  Either way, it was pretty funny. 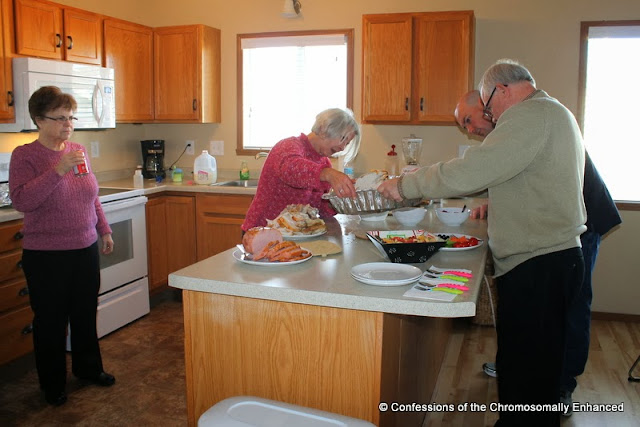 The girl's had a great time with John Perry's son, "Godfather" (his real name is Jeff but my girls don't know that.  Ever since their baptism, he answers to "Godfather").  Apparently all kids love Godfather but Merryn took a particular liking to him.  You see this picture below?  He snagged her a piece of turkey while his dad was carving it.  He then proceeded to provide her with an endless supply of Cheetos.  She was glued to his side throughout the rest of the day. 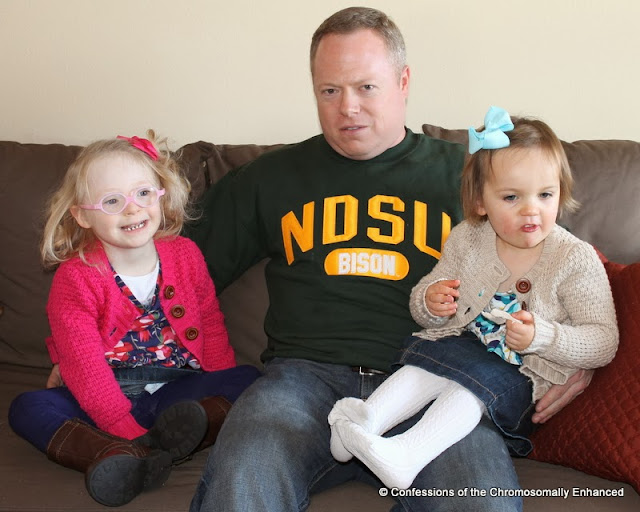 One of my favorite things about Thanksgiving 2013 is that I learned to use the timer on my camera.  I set up the tripod, push the button, and the camera waits a few seconds before it takes 10 consecutive shots.  The biggest benefit of the timer is that the photographer (me) can run and get in the picture.  The biggest drawback is that there is no one up by the camera singing and dancing around like a fool to attempt to get the children to look and smile.  I mean, it's hard enough to get everyone to look and smile when the photographer is behind the camera: 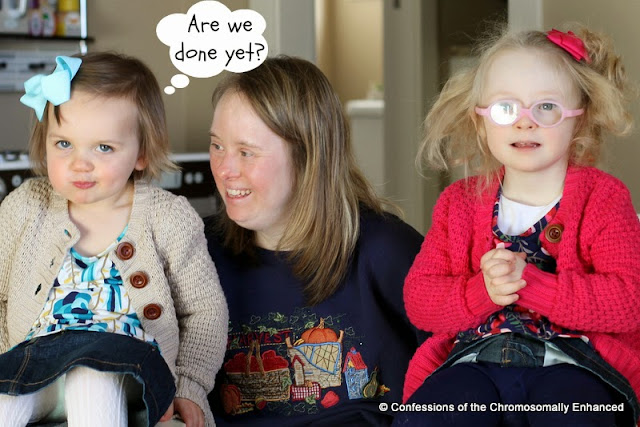 Travis and Leanne were kind enough to help me practice using this new camera feature.  The 10 rapid-fire shots along with Leanne's unwavering commitment to her job as a model, contrasted by Travis' complete failure to take any aspect of this task seriously totally lent itself to the funniest flip book ever:

I love those two!  And while I got about 39 terrible family photos with plenty of crying, whining, blurry images, and eyes gazing anywhere but at the camera, I managed to get one tolerable Thanksgiving shot thanks to Leanne standing next to the tripod emphatically re-enacting scenes from High School Musical with a toy microphone. Merryn looks underwhelmed but at least she's facing forward! 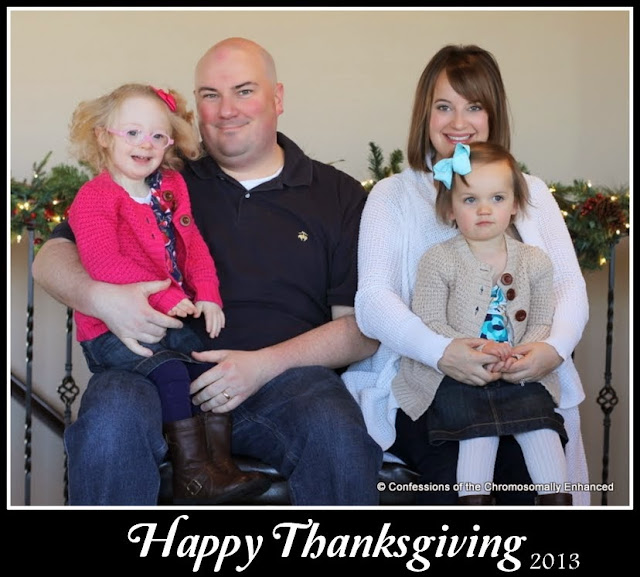