The message is worth repeating

This picture is old, but the message is worth repeating: 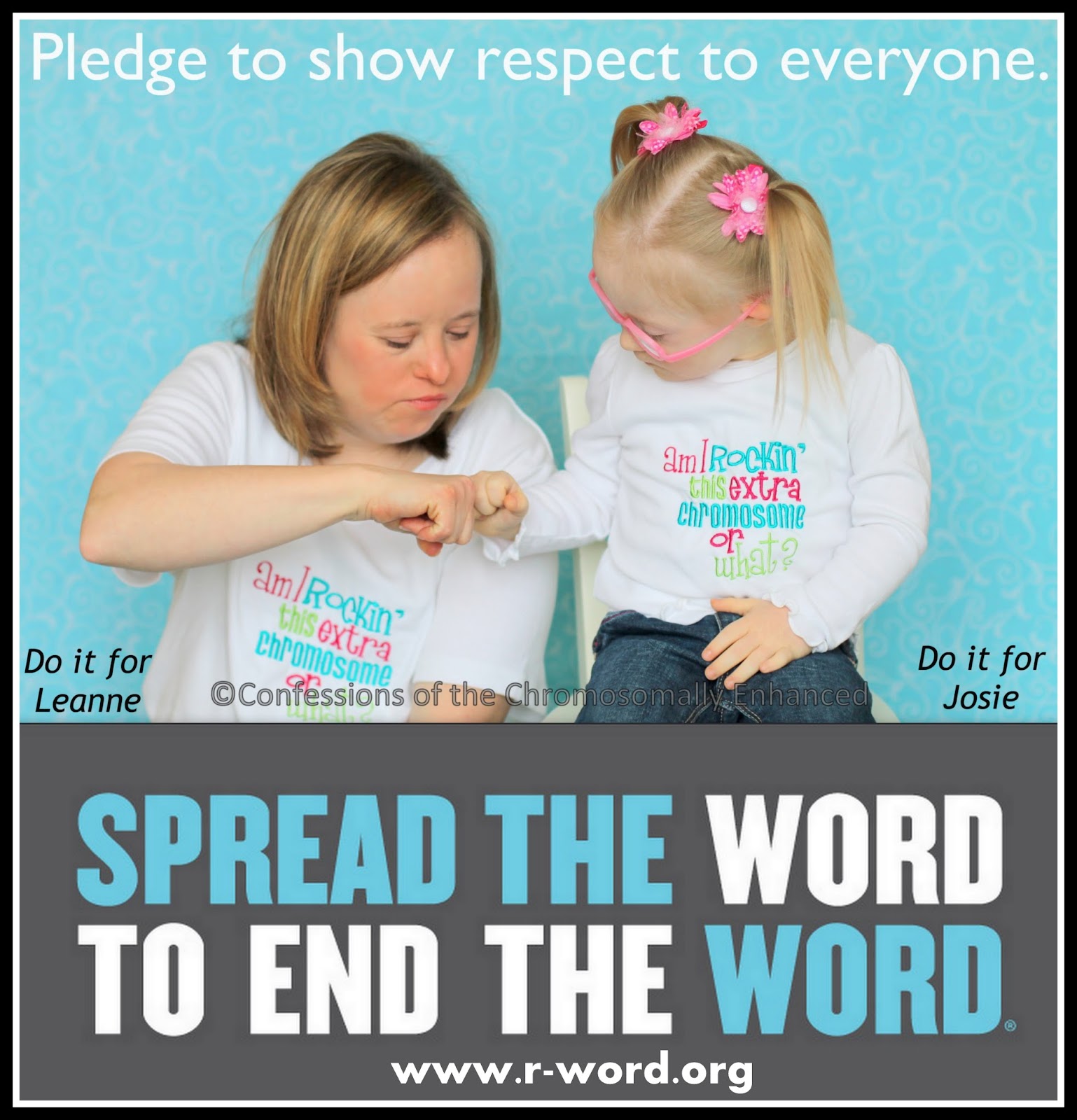 March 4 is a national day of awareness led by the Special Olympics.  It's designed to end the use of the r-word (retarded) in popular slang.  When the word "retarded" is used as a synonym for "stupid" or "foolish," it is insulting to individuals with intellectual disabilities.
Over the years, I've heard the word "retarded" thrown around by friends and acquaintances and I honestly don't think anyone intends it to be hurtful.  I don't think people usually realize the association between an insult like "that movie was so retarded" and my daughter and sister.  Historically, the word "retarded" was once a diagnostic term to describe an intellectual disability, like Down syndrome.  It has since been incorporated into common vernacular to be used as a put down.
How does that sound to me?
Josie and Leanne have Down syndrome.  Down syndrome is characterized by a degree of mental retardation.  It's not a bad thing.  People with mental retardation can learn; but it just may take them longer.  It doesn't make them inferior - they just learn at a different pace.
You say: "That movie was retarded"
You mean: That movie was stupid/idiotic/foolish
Suddenly a term once used to describe a condition that my daughter and sister possess; a condition they cannot help; a condition that makes them different - but not less than - those without it, is suddenly equated to stupid...idiotic...foolish.
You simply said you didn't like a movie.  You certainly didn't mean to call my sister an idiot.  I get that.  But it stings.  Because she's not an idiot; and she did not ask to be a slower learner.  In fact, she works twice as hard to achieve tasks that we take for granted.  And she does it without complaining.  I think that makes her pretty darn admirable; not an idiot.
So what am I asking of you?  Remove the word from your arsenal of slang terms.  If something is stupid, call it "stupid," not retarded.  It's that simple.
Spread the word to end the word.
﻿
Posted by EN at 12:59 PM