On Tuesday, Josie was supposed to wear red to school.  Her teacher even emailed the parents the night before to remind us.  Clearly, it was important; though I wasn't sure exactly why.

Then it dawned on me.  Of course.  It's "National Wear Red Day" as part of the "Go Red For Woman" campaign.  Duh!  Back in my working days (you know, before my "uniform" consisted of yoga pants with dried snot stains on them), I used to work for the American Heart Association.  Or was it the American Cancer Society?  Just kidding - that's a little AHA humor for my AHA friends.  Anyhoo, I know a thing or two about the "Go Red For Woman" campaign.  I would not forget National Wear Red Day.

So I decided that we should all show our support for this very important cause (heart disease is the leading cause of death among women in the United States) and I dressed everyone in red.  And you know when I get on a wardrobe theme, I can't help but bust out the camera and throw together a little photo shoot for posterity! 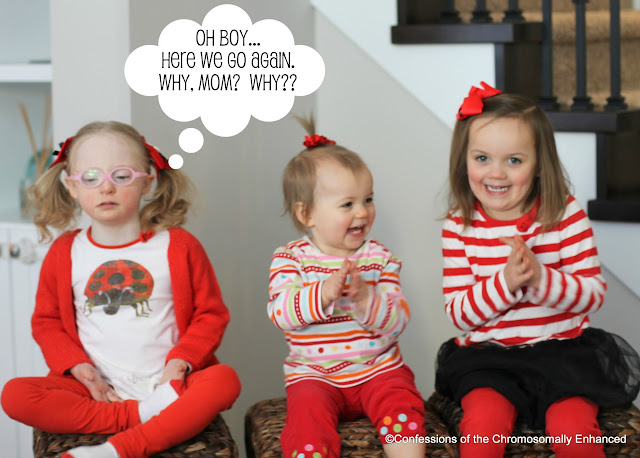 My photo shoots are kind of notorious.  In a disreputable kind of way.  We've even got the hashtag to prove it.

Not to mention, numerous blog posts. 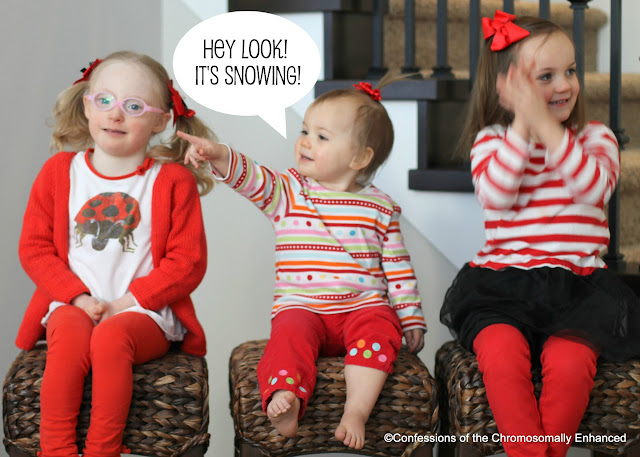 The notion of getting all 3 girls to look my way and smile...oh I don't know...when hell freezes over/when pigs fly/pie in the sky/pipe dream (you pick your own idiom.  I'm too tired to do it for you.  Did I mention I have three kids ages 5 and under?  Did I mention I have snot on my yoga pants?  Mmmk.  Just checking). 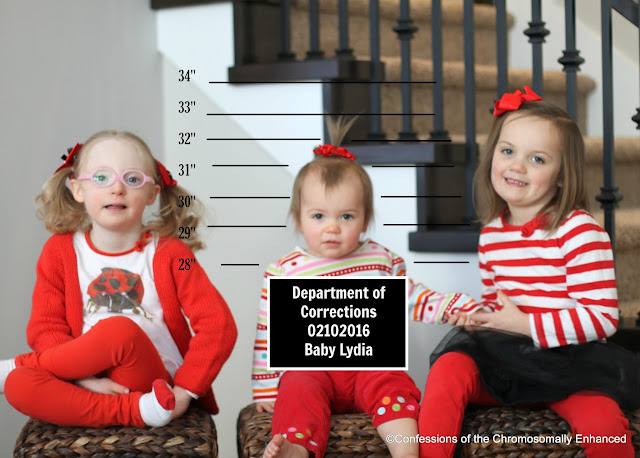 Even if I do come close to fulfilling this unrealistic ambition of having all 3 look at the camera and smile, someone always has to make the mugshot face.  Always. 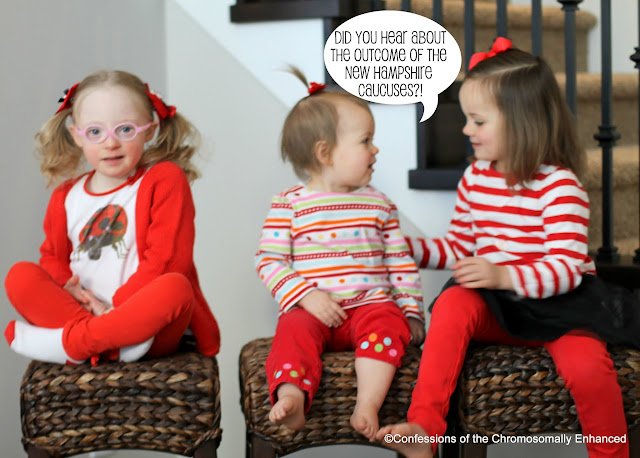 And don't even get me started on the side bar conversations.  Hey, Ladies!  Over here!  *Snap!  Snap*
*Feign attempt at a whistle*

As with all siblings, one minute they're squealing and having a blast and the next minute, someone is in tears and they have to be separated. 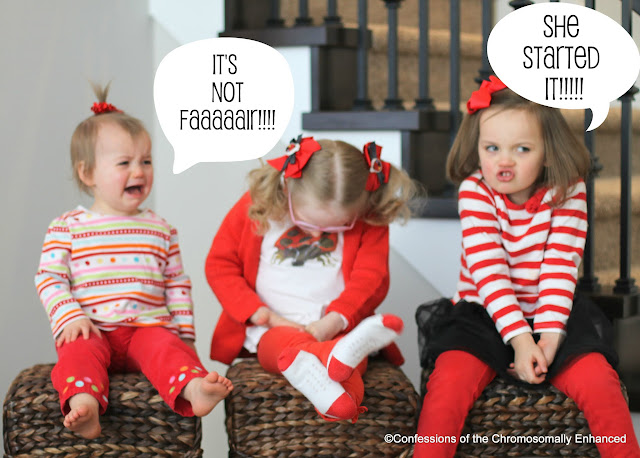 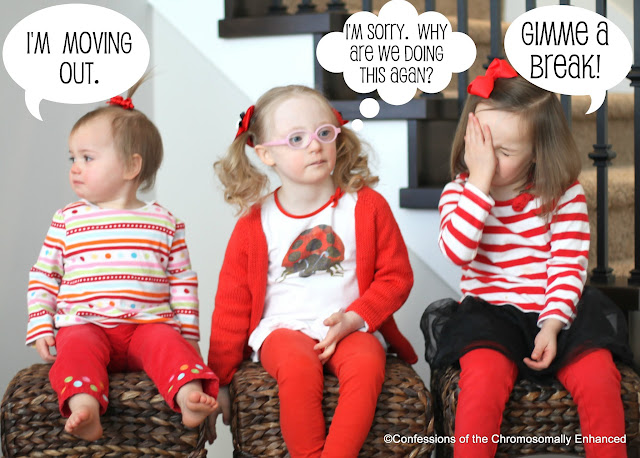 That's about when a little Google search confirmed a diagnosis that I've received again and again (and keep forgetting about until moments like this): I have mom brain.  It's pretty severe.  Chronic, even.

Josie's preschool Valentines party isn't until Thursday (tomorrow) so why she was supposed to wear red on Tuesday beats the heck out of me.

Hey, what I lack in acuity, I make up for in enthusiasm.  And cute, albeit uncooperative, children.
Posted by EN at 8:24 PM