We recently had the pleasure of hosting Aunt Leanne for an entire week while Mama Hop sought out some well deserved R&R in the Florida sun.  It was, perhaps, our best visit ever!  Every day mundane activities seemed to sparkle with Leanne's enthusiastic company. 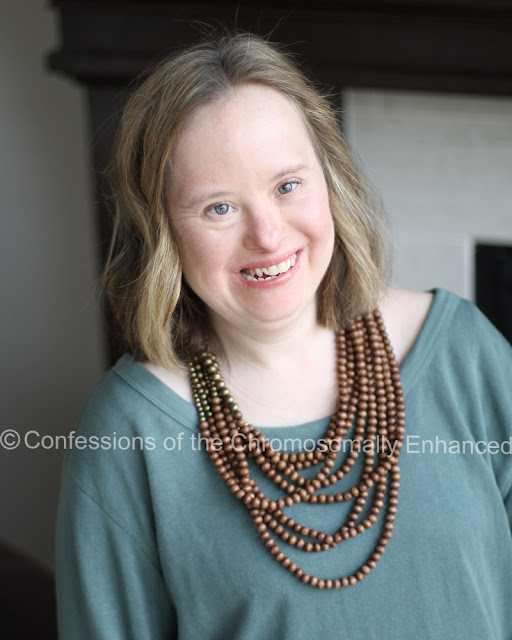 As we've come to expect from her visits, hilarious memories were created by Leanne's unpredictability and candor.  Shortly after she arrived, Leanne told me she was thirsty.  I told her to help herself to whatever she could find in the fridge; there was plenty of bottled water, flavored water, Powerade...so it took me by surprise when Leanne found me and told me that she really liked that orange slushy that was in the fridge.  I said "Orange slushy?  What orange slushy?"
"Yeah, that says 'shandy'; I had a hard time saying it...is that a healthy kind?"

I'd forgotten all about those orange shadys that I'd been hoarding since summer.  They come in a variety pack and orange is my favorite flavor.  My neighbors even saved their orange ones for me.  But I guess a sibling's fundamental purpose is to teach us how to share, right?

Oh but Leanne earned those Leinenkugels that she helped herself to by assisting me with many of my mom jobs throughout the week including getting kids dressed and off to school, tidying up toys, preparing meals, cleaning up messes after meals, wiping snotty noses, volunteering at school and church, etc... 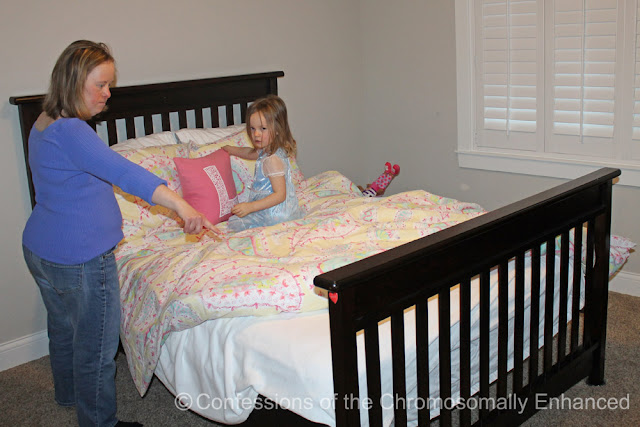 There's a vindication in having someone else walk in your shoes and realize that even though you consider yourself a halfway responsible person who has her act together, makes plans, and sticks to schedules, when kids are brought into the mix, the best laid plans sometimes fall apart.  Take, for example, the morning Leanne tried to help Biddy make her bed.  In Leanne's eyes, it was an innocent gesture from a considerate aunt.  To to a headstrong three year-old in search of independence, it was a rage-inciting insult.  CLICK HERE if you missed it. 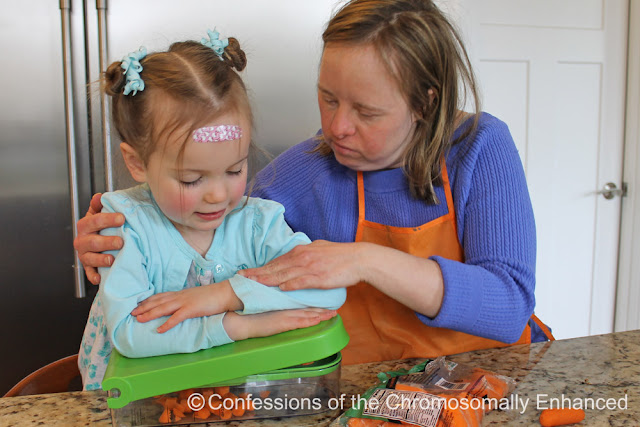 Oh but there were other parts of the day when Biddy and Leanne made the most cohesive team.  They read books together, played hide & seek, and even enjoyed a picnic in the park while the other kids were at school. 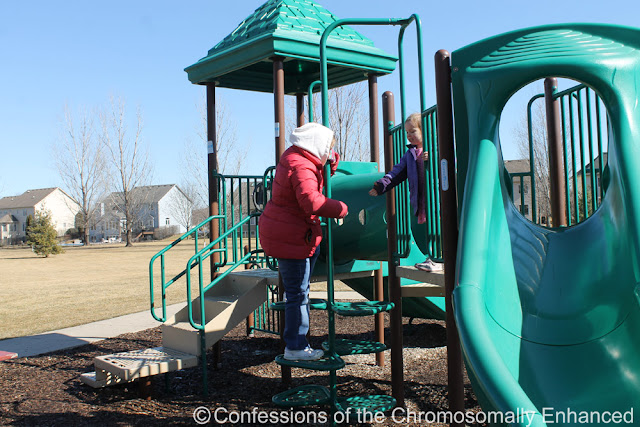 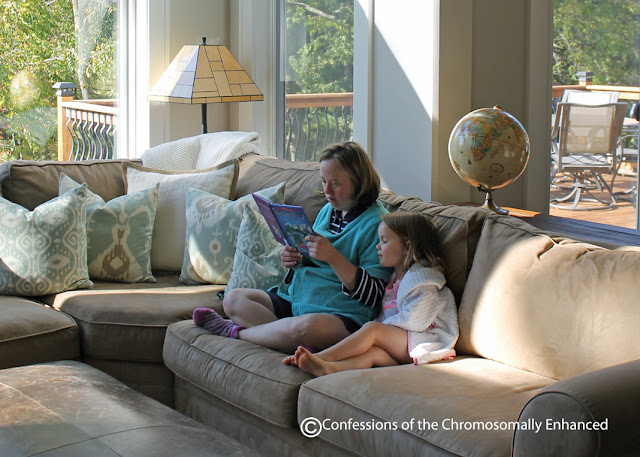 But it wasn't just the baby of the family who benefited from the company of a doting aunt.  There were many sweet moments that we've come to expect from Leanne and Josie.  These two have a bond that no one else can truly relate to. 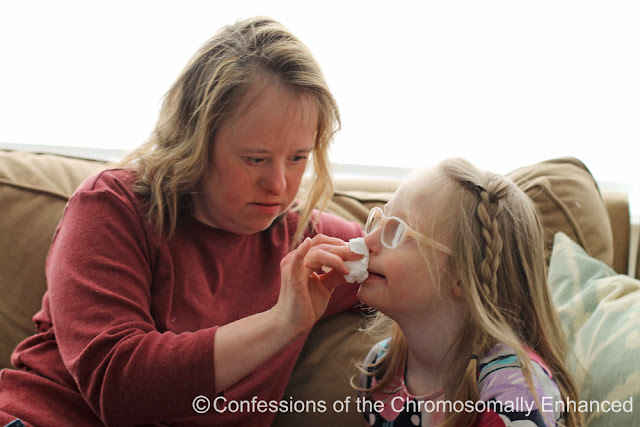 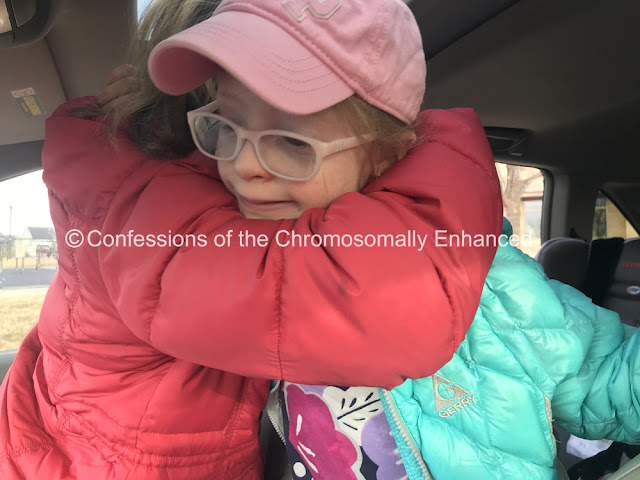 One morning after school drop off, Leanne turned to me and asked, "Are you jealous?"  I said, "Jealous?  Of what?"  She replied, "Of me and JoJo.  She loves me.  She loves to hug me!"  I said, "No, I'm not jealous of you and JoJo; I think it's great!"  She crinkled up her nose and angrily refuted, "Then why did you tell us to stop hugging this morning?"  I said, "Because she had to go to school, Leanne!"  Sheesh!  Someone has to break up the love fest every once in awhile or we'd never get anything done around here!  LOL!

Oh but it's amazing how productive we were.  The week was so busy, the time just flew by. 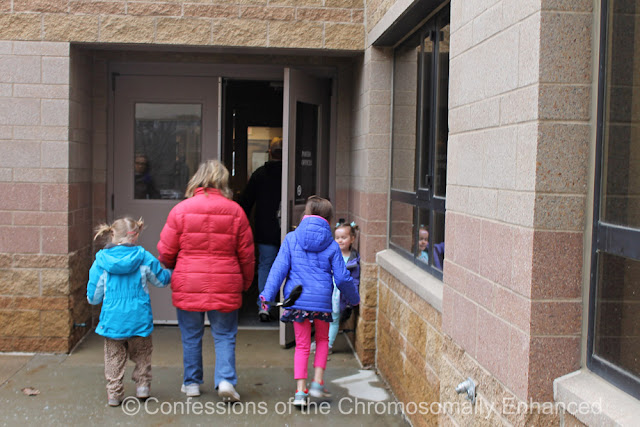 Leanne accompanied us to Faith Formation at church.  We dropped the girls off in their respective classrooms and found our post where I serve as hall monitor every week.  And yes, it's just as hostile and intimidating as it sounds; there will be no noise, running, nor loitering in the hallways on my watch.  Jesus has authorized me with the authority to keep the church safe and orderly... 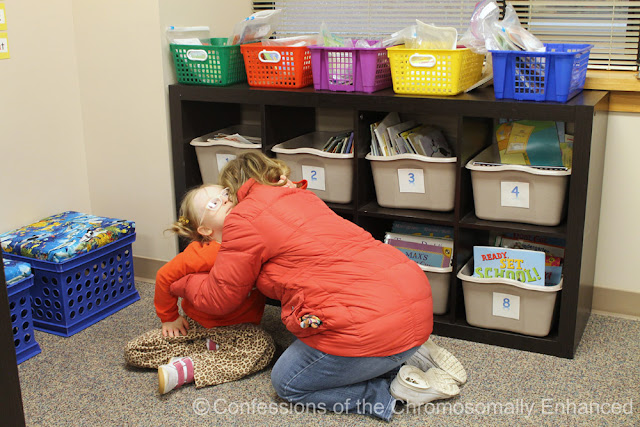 But on the rare occasion that there's downtime from the intense fury worthy of a "Law & Order: The Hall Monitor" spin off, or when I have an extra set of hands like Aunt Leanne, we may take on other work.  This past week, Leanne sharpened so many pencils for the special needs ministry coordinator, it will be Advent season before they have to reach for that pencil sharpener again.  And Leanne was so darn proud of her work!  It was truly a privilege for her to feel like she could make a purposeful contribution. 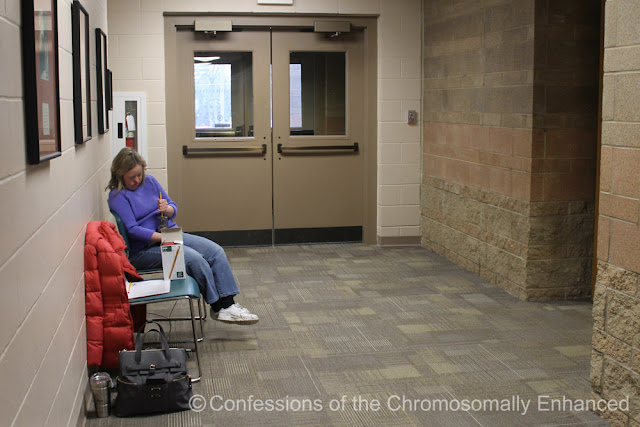 After lending her time and talents at church, Leanne was eager to do it again at Josie's school.  It happened to be Dr. Seuss week and the theme of the dress code that day was "Oh! The places you'll go!"  Josie was supposed to dress like what she wanted to be when she grows up.  She dressed like Aunt Leanne. 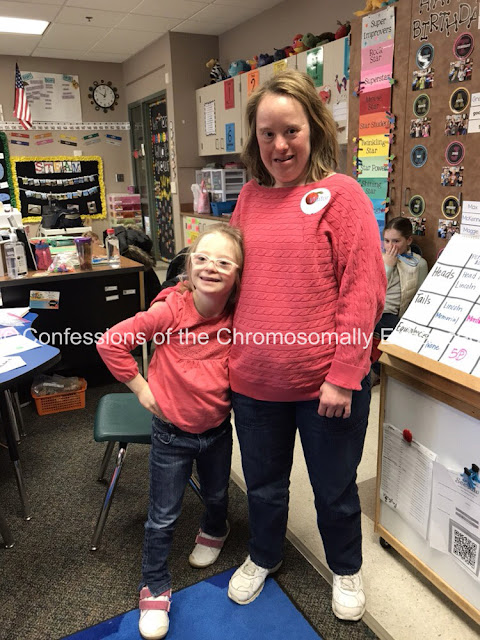 Leanne and I read "The Wocket in my Pocket" and afterward, the kids worked on rhyming the word "wocket" and creating their own Dr. Seuss inspired "wocket" creatures.  We had tons of fun with all of those curious and creative first graders! 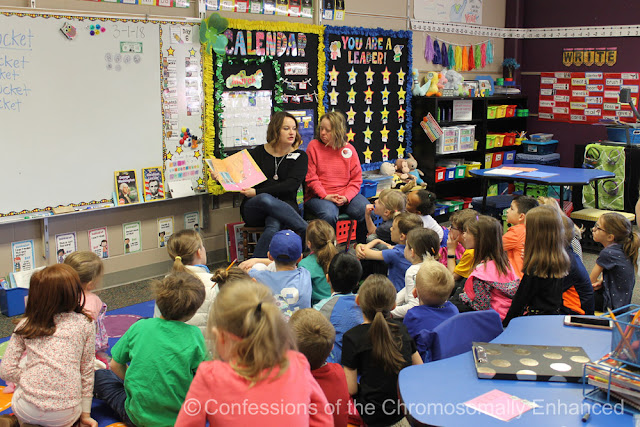 And after a fast-paced week of taking care of kiddos and everything required to make the household function, Friday rolled around and Travis and I decided to take Leanne out to relax and unwind.  We dined at our favorite Mexican restaurant and then embarked upon one of Leanne's favorite past times: karaoke.

Some may recall a story I've shared about how Leanne got a karaoke machine as a child.  Every morning, before school, and every evening when she got home from school, Leanne would haul that karaoke machine out to the front porch, plug it in, and serenade the neighborhood from her potted-geranium-and-welcome-mat flanked "stage."  Her passion for this hobby was so intense that my parents had to impose restrictions about how early Leanne could start and when she needed to wrap it up for the night.

I was a little surprised to see how much Leanne has upgraded her show to include lots of confident hair tossing and some really, um, enthusiastic choreography:

I was expecting the old vaudeville stage hook to appear at any minute.  But no one seemed offended by Leanne's inclination to shake what her mama gave her.

I don't know if Leanne wants me to share this part or not but she met another gentleman that night.  He also happened to have an extra chromosome.  He was all dressed up in a sweater vest and bow tie and he gave a finely tuned, albeit, more conservative performance.  Afterward, Leanne went up and complimented him on his performance.  I couldn't hear what was said from where I sat but I saw an enthusiastic hug.  Later, the gentleman came over and introduced himself to Travis and I and he told Leanne that she's pretty.  A smart guy knows a good thing when he sees it!

Overall, it was a really incredible week.  It was so much fun that I asked Mama Hop for one more day with Leanne.  We needed a day to just relax, enjoy each other's company, and drink "orange slushies" while coloring. 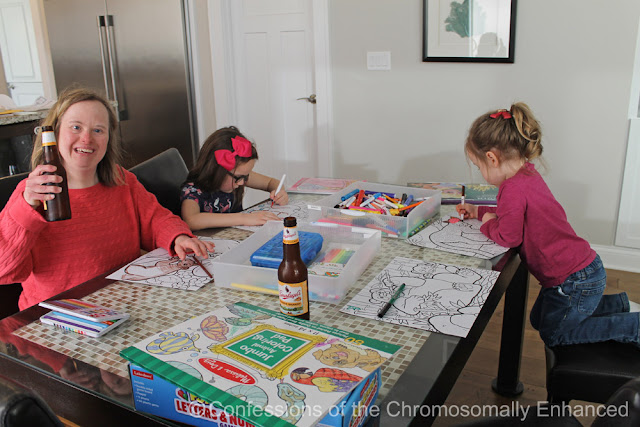 Aunt Leanne, please come back soon!  Stay as long as you want.  We absolutely loved having you here!