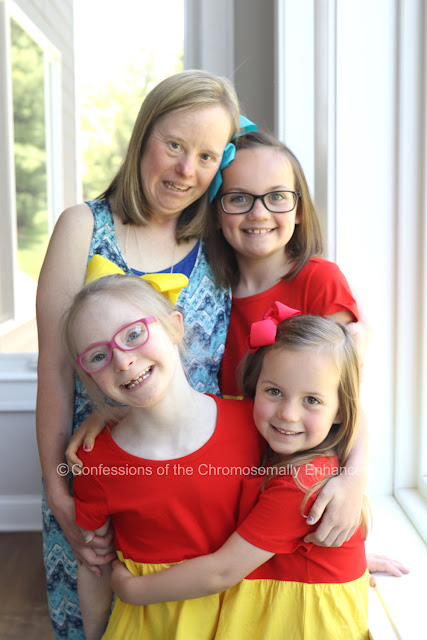 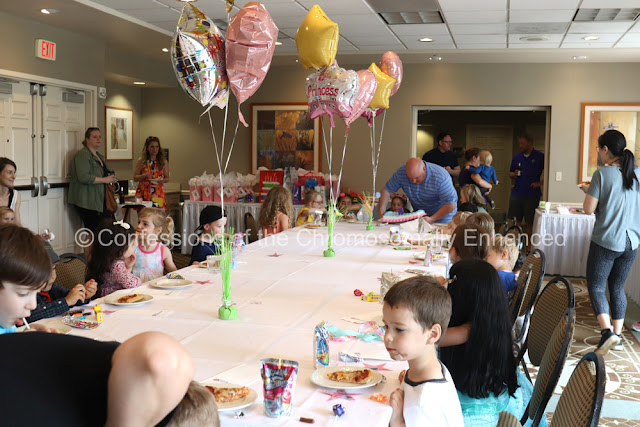 To celebrate turning 5, Biddy (Lydia) had a "Princess Party" hosted by Anna and Elsa.  We assumed she'd only want to invite the girls from her preschool class but she couldn't omit her beloved first crush, Edward, so it ended up being lots of kids and lots of fun. 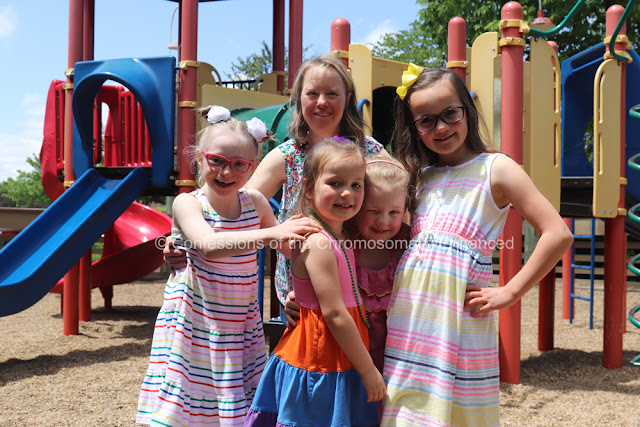 A week later, we turned our attention to everyone's favorite aunt.  Leanne had been planning her Applebee's 42nd birthday extravaganza since January.  We all wore Leanne's favorite color as a tribute to her. 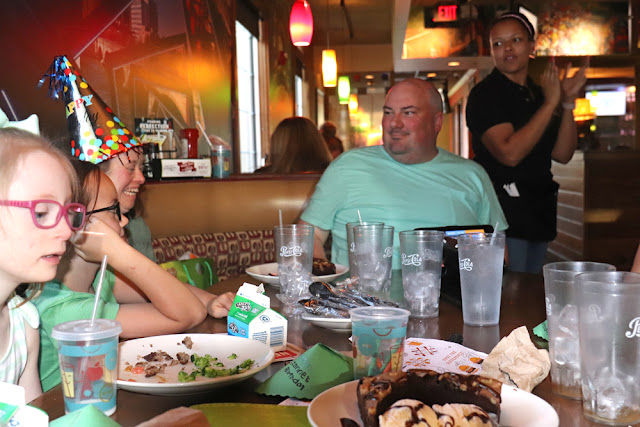 We were touched by how many friends and neighbors from back home sent Leanne cards and Starbucks gift cards. 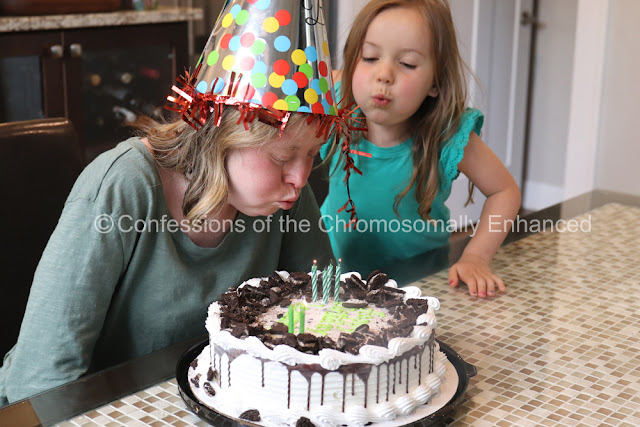 Leanne's vociferous birthday planning starts six months in advance and anyone who encounters her during that period is going to hear all about it.  One year, the priest even announced it at mass, per Leanne's insistence.  She proudly waves her "Over the hill" flag and holds up four fingers on one hand and two on the other so everyone knows exactly how many years this earth has been blessed by her presence.  But hey, when you look this good, why not tell everyone?! 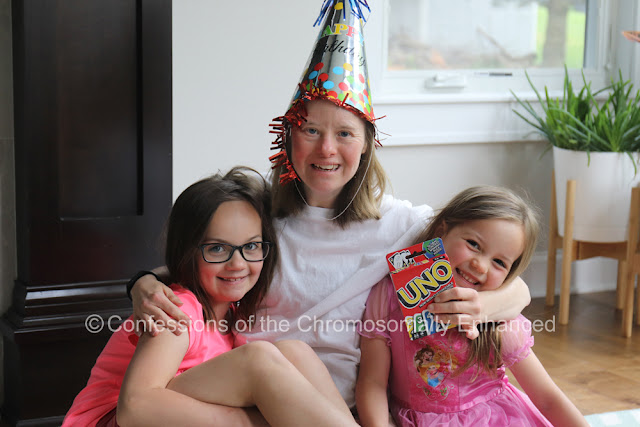 Speaking of adorable faces, we had to capture this monumental smile with its conspicuous vacancy.  Josie is showcasing her toothless summer grin daily and we can't get enough. 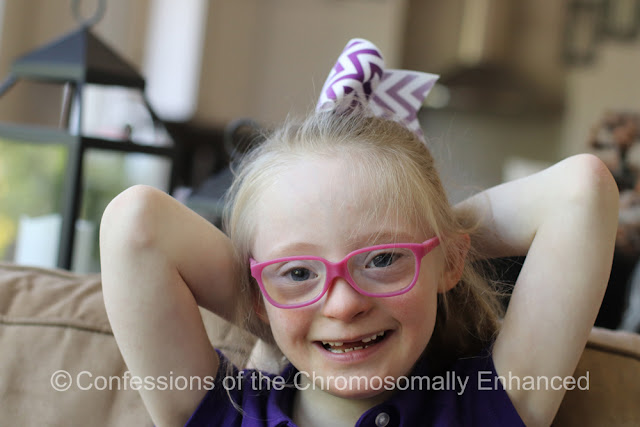 The five of us girls (Man, that seems like a lot when I see it in writing - poor Travis) enjoyed a fun-filled week at Vacation Bible School. 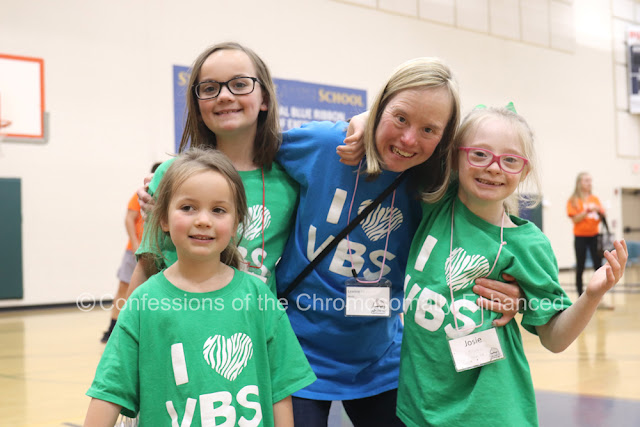 After her enthusiastic performances last year, Leanne has solidified a permanent spot on the music crew.  It's the perfect job for her. 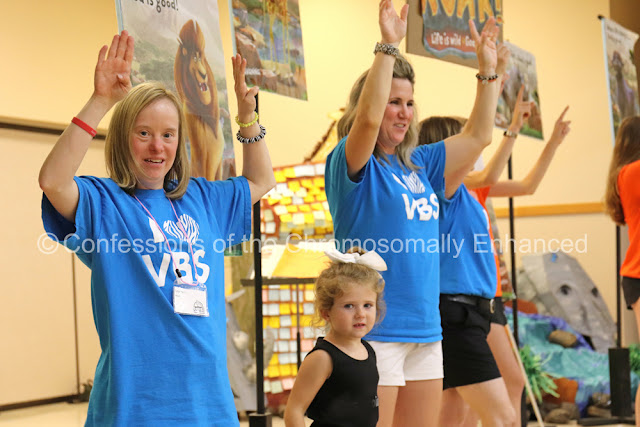 I fell into my role as the official VBS photographer.  Every night, I was scouring the neighborhood for props that I could use the following day, assaulting my neighbors with strange texts inquiring if they had any bricks, plastic swords, googles, or pharaoh costumes I could borrow. 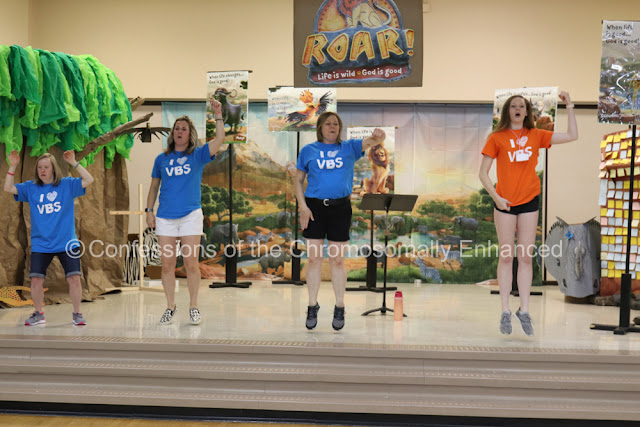 And Biddy Boo closed out her introduction to ballet and tap dancing with an epic performance.  Travis' parents even crossed time zones to attend her recital!  The costume and stage makeup made it worth all of those arduous Monday night dance classes, as far as Biddy was concerned.  She shined on stage! 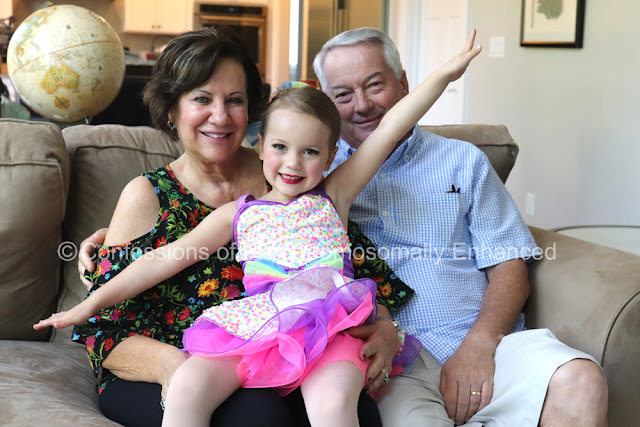 And that, my friends, is just a brief photo update.  Daily adventures are documented on Instagram @CatfishWithKetchup.  Stay tuned because we want to share some more Down syndrome specific content.  Games, Flash Cards, and Social Stories - oh my!
Posted by EN at 4:54 AM