Mama Hop & Aunt Leanne came to spend some quality time with Miss Josie before her heart surgery.  We had a great time.  As usual, there was never a dull moment.  Leanne walked in looking like this: 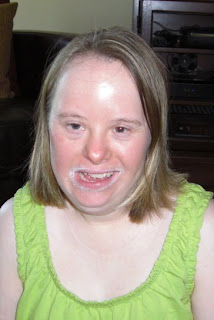 Leanne: Elizabeth, guess what kind of donut I had!
Elizabeth: Gee, I don't know.  Chocolate Glaze?
Leanne: Nope - powdered sugar.
Elizabeth: Hmm...I never would've guessed.
Josie truly enjoyed the visit as well because she got LOTS of love and attention from Mama Hop and Aunt Leanne. 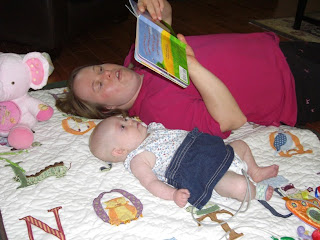 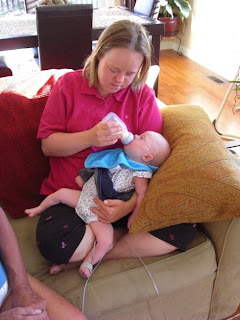 We even had a picnic in the park. 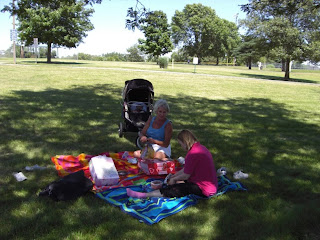 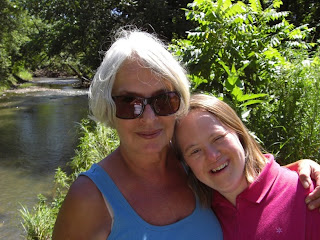 Leanne earned her keep by helping me with the gardening. 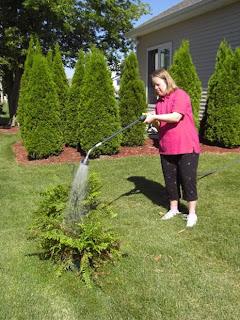 (Leanne insisted that I post this picture to the internet so her friends and staff could see; especially Robin at the front desk).
Nothing says wholesome Midwestern summer like the festive music echoing from the ice cream truck as it trails through the neighborhood.  Leanne did her best to flag down the driver including waving Travis' wallet in the air (until Travis promptly took it away)... 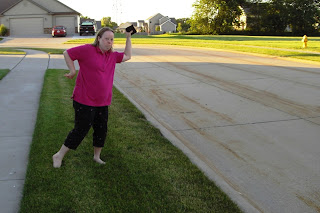 ...at which point Leanne resorted to flailing frantically as though begging to be rescued from a shipwreck... 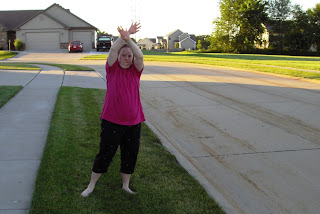 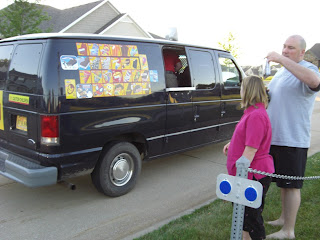 $3 later, her dramatic pleas were heard and Leanne had her ice cream sandwich.
You read that right - $3 for one ice cream sandwich!  It's cheaper to get a beer at a professional sporting event...well, you know what I mean.  I'm afraid next time Leanne is going to have to settle for Travis running to HyVee for ice cream.  Maybe we can con him into blasting cheesy music from his truck as he drives down the street... 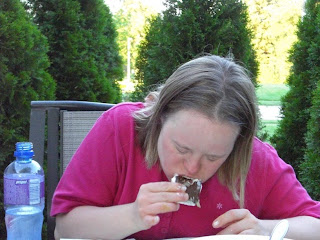 You've gotta love that!
Make an on-line slide show at www.OneTrueMedia.com
Posted by EN at 7:29 PM