Go Shawty, it's your birfday...

Let me start by saying that Mama Hop made a BIG deal out of birthdays when I was growing up so I'm a bit of a birthday fanatic.  That's why when I found out that Travis' dad was coming to town on business yesterday, which just so happened to be his birthday, I took advantage of the opportunity to do it up right!
I decorated and bought cake and ice cream.  When he arrived, I went on and on about how he shares his birthday - September 28th - with Josie's half birthday.  I made him pose for pictures and blow out candles...Later that night, after Papa had left for his business dinner, Travis said "Elizabeth, I don't think today is my Dad's birthday."  And I said "Huh?  Of course it is."  Then he went to check his calendar and he said "No, today's not his birthday.  It's actually tomorrow.  He was just being polite and playing along since you made such a big deal about him and Josie having this special connection because they were both born on the 28th!"
All of the sudden the mortification set in... 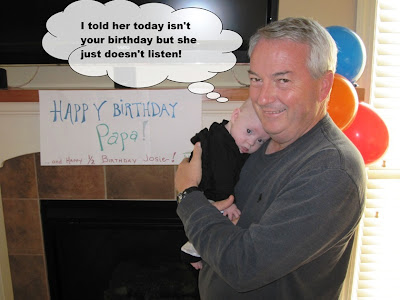 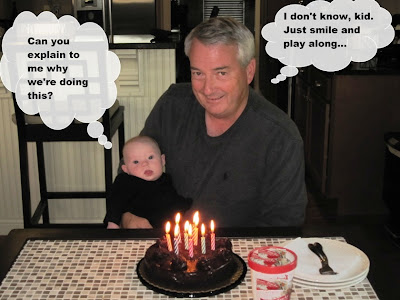 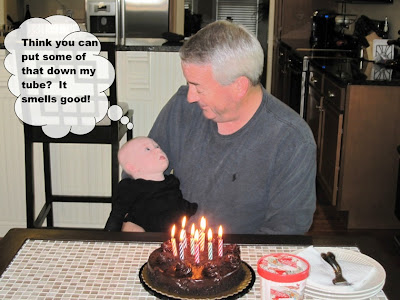