This afternoon we went for our third ultrasound.  We were dying to receive gender confirmation which had not been achieved with certainty during the first two ultrasounds.  Josie's anticipation over seeing images of her new brother or sister had reached fever pitch! 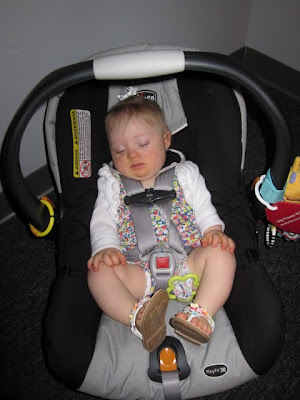 Eh...she was definitely dreaming about it.
This child has earned a reputation for being either extremely modest and camera shy or incredibly defiant and uncooperative.  Whether we needed the baby to spread its legs or face forward, it seemed to want to do the opposite.  Today was no exception.  When we started the ultrasound, the child was facing down so we could only see the back of the head.  The sonographer made me do some wacky and embarrassing things to try and persuade the baby to move.  Those moments were not allowed to be photographed.
But we finally had a little bit of luck!  These images are not the best because the child's face was hiding behind some placenta and an arm but here's a little peek: 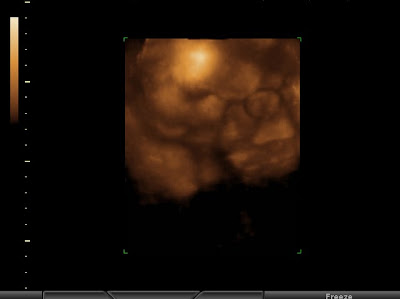 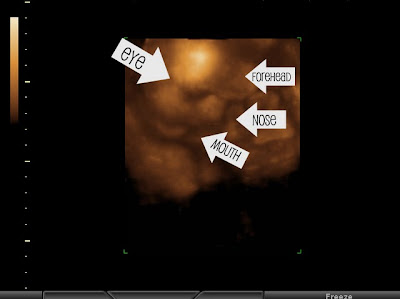 The best part: We got gender confirmation! 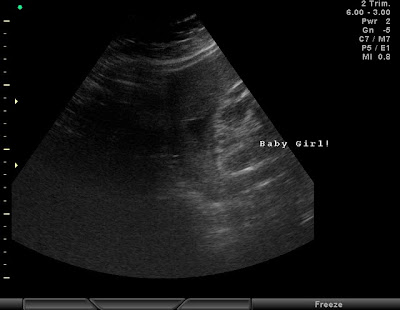 It's a GIRL!!!!
Josie thought it was worth waking up to celebrate the impending arrival of her baby sister!  Clap your hands, girlfriend! 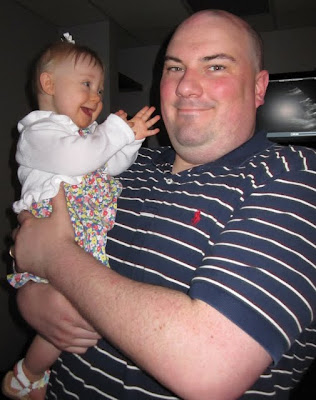