We haven't heard from Aunt Leanne in awhile so we were thrilled to receive an email update from her this morning.  It sounds like she's up to her usual activities - Special Olympics bowling and she's even gearing up for Special Olympics skiing already!  We're hoping to see her sometime next week so all the Aunt Leanne fans out there should definitely stay tuned! 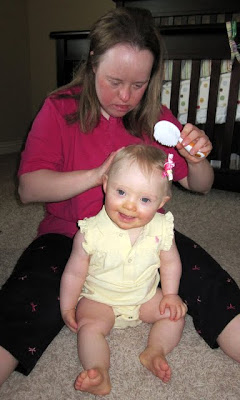 walt for the bus


* For all the new blog followers, Leanne gives everyone a food nickname and rarely uses their real name.  When we adopted Josie, Leanne decided she would be called "Catfish with Ketchup" (don't ask me - I don't know why!) and Leanne has deemed herself "Cheeseburger Head". 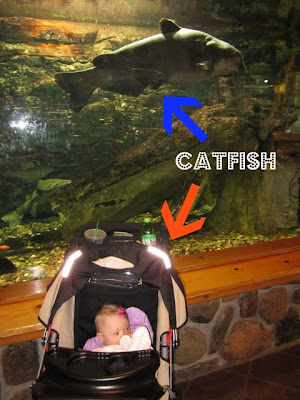 Hey Leanne - while Josie was on a vacation far away (I can't help myself!) I snapped this picture of her with her namesake for you.  I would have tried to get them both to pose better but Travis was getting embarrassed and telling me you're not supposed to photograph the fish.  I've never met a camera shy catfish but I took his word for it and backed off the paparazzi routine.    Those are a couple of pretty impressive catfish!
Posted by EN at 9:12 AM