This blog has documented our ongoing attempts to free Josie from her feeding tube dependence.  We've followed the advice of therapists, gotten creative, and tried some crazy things.  Lately it's occurred to us that modeling is such a powerful force when it comes to Josie's interest in food.  In other words, if it's on our plates, she wants it.  If we're feeding her and she's refusing to eat her meal, often times pretending like we're eating it will spark her interest again.  So when her interest in drinking plateaued recently, we swallowed our dignity and decided we would incorporate modeling into dinner time.
Exhibit A: Big Macho Man, Little Bear Cup 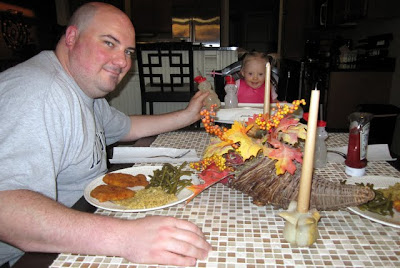 Cheers!
Yes, my husband, the picture of masculinity, has begun drinking his nightly beverage out of a little plastic bear with a straw.