Travis works in IT (Information Technology) but computers are not just a job for him, they are a passion.  That's why when he decided to build himself a new home computer, his laser sharp obsession with focus on the goal determined the course of fate for the entire family's weekend.

He agonized for days.  He poured over websites, reading specs and comparing prices.  He placed his order and anxiously awaited the UPS delivery of his computer components.  He spent all day Saturday holed up in our basement assembling his new PC.  On Sunday, he discovered that his brand new motherboard was shot.  Don't ask - I have no idea... 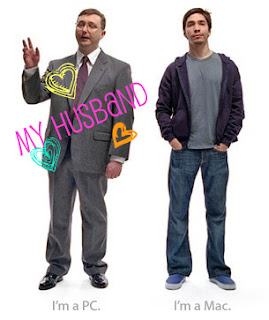 He got in the car and sat in the Best Buy parking lot, waiting for it to open.  When it finally did, he realized that Best Buy could not offer what he was seeking.  That's when he came up with his crazy idea:

Travis: Let's drive to Chicago and buy a new motherboard!
Me: Huh?  Can't you just order one online?
Travis: Yes, but then I will have to wait 2 days to get it and I have class on Tuesday so I won't be able to work on it until Wednesday!
Me: Ooookay...
Travis: You can go shopping at Oak Brook
Me: I'm in!

That free-spirited impulsivity is exactly what drew me to him.  Everyone knows that IT guys are famous for their spontaneity, right?  Ha!  If you'll buy that, I have some magic beans for sale...

Ah but nothing would stand in between Travis and his new computer.  And as crazy as it may seem to shove two babies into the car and drive a few hours to a different city with nothing more than the contents of the diaper bag, it was actually a lot of fun.

Travis dropped Josie and I off at Oak Brook while he took Merryn to Fry's.  We reconvened at Maggiano's for a delicious feast.  And after all that, we decided to get a hotel room and spend the night.  With nothing more than the contents of the diaper bag and a trip to Walgreen's, we were good to go.  Because we're fly-by-the-seat-of-our-pants type people.  And I've got some incredible magic beans for sale that will blow your mind... 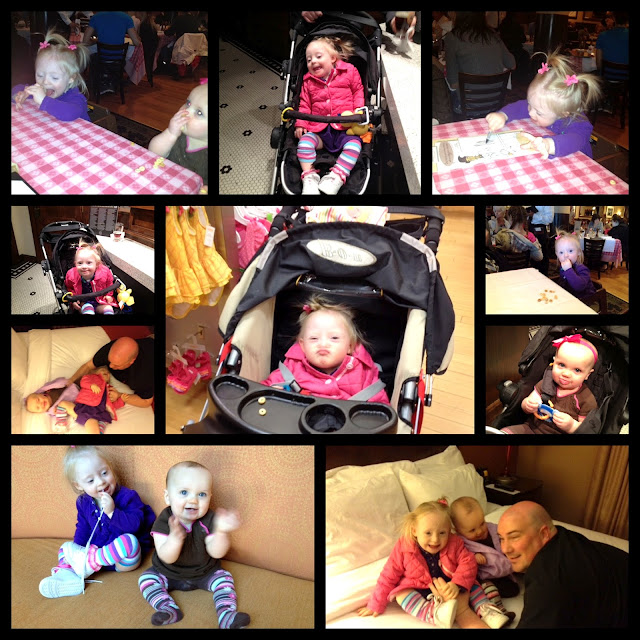 Did I change a distugtingly poopy diaper in the back of the SUV parked in front of Macy's?  Yes I did.  Did we withstand the piercing glares of the other restaurant patrons as we drug a wailing baby to our table?  Yes we did.  Did Josie wake up at midnight, completely disoriented and upset and proceed to keep Travis up for hours talking about "Coats...shoes...glasses"?  Yes she did.  Did we have a blast regardless?  Yes we did.  Was it worth it?  Totally!

And the new computer is running like a dream...and we lived happily ever after.

P.S.  This post is dedicated to Michaela, who has requested that the blog be updated hourly.  Oh Michaela!  If you only knew...﻿
Posted by EN at 9:23 PM