Josie has been a busy girl lately.  It seems like the medical appointments and therapy appointments never end.  It's exhausting for me; I can only imagine how tiring it must be for her.  She does all the work!

Here she is at treadmill therapy: 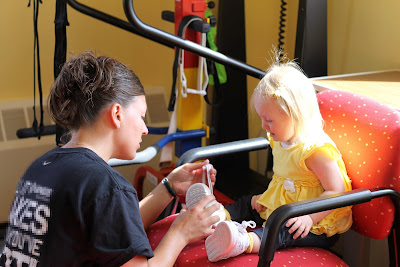 She's still a little unsure at first.  And of course she had to give her physical therapist "the face" during floor exercises. 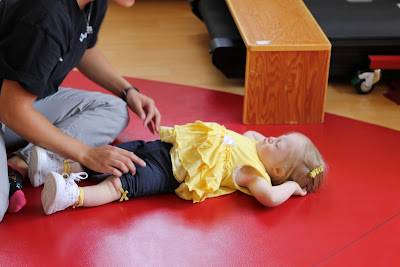 I'd probably be making that face, too, if I had been subjected to the ab workout Josie did.

Glasses seem to solve all of the world's problems.  Josie is OBSESSED! 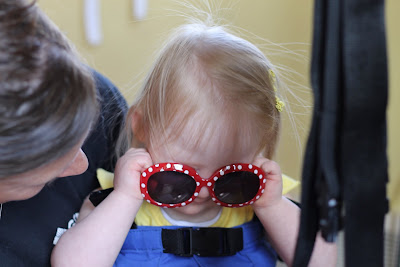 After that strenuous workout, she was sporting her shades and a smile.  She's making progress so we're really pleased. 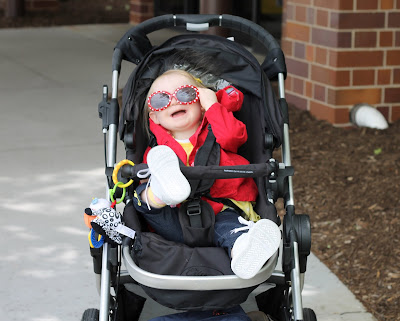 Speaking of glasses, Josie had her annual eye appointment yesterday.  In the morning I told her "We're going to go see the doctor today and he's going to look at your eyes."  She replied "Glasses?" and I said "You'll have to ask him."

Here she is making "the face" while we wait. 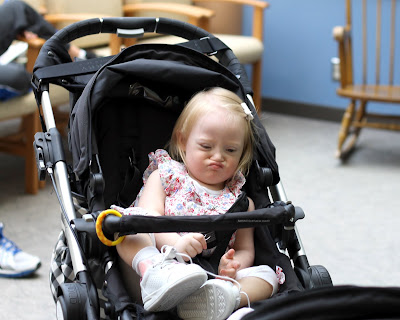 Our blue-eyed beauty became a brown-eyed beauty as her pupils began to dilate from the eye drops. 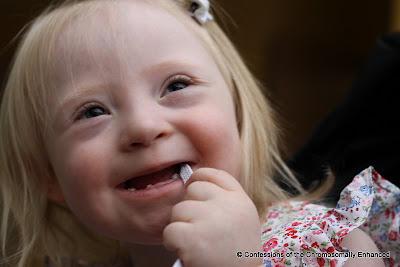 Josie has a bad habit of chewing on her shoes laces.  Yuck!

She was examined by two doctors and she did great for both. 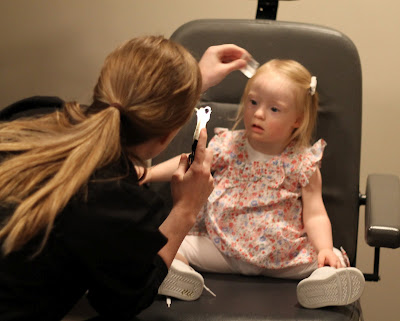 Much to her dismay, her vision checked out perfectly and she doesn't need glasses.  Bummer!  It's a good thing she's always got her super stylish shades handy.  She got a lot of compliments as we were leaving the hospital. 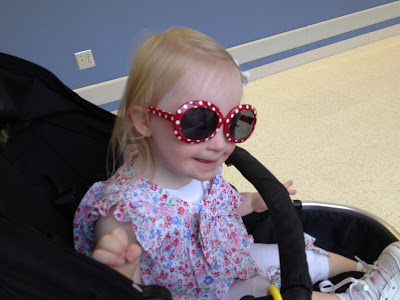 While we're on the subject of compliments, I'd like to take a moment to compliment Leanne on her recent hair cut and highlights.  Lookin' good, Girlfriend!  You are hot stuff!﻿ 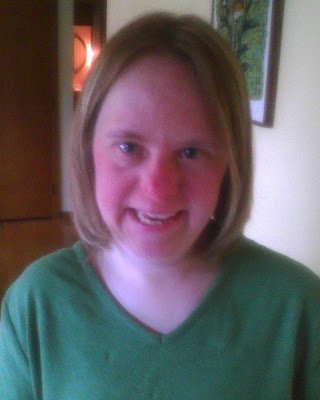 Leanne's hair appointment was in anticipation of a very special opportunity she has coming up in which she will be photographed with Josie.  Stay tuned - more details to come later!
Posted by EN at 11:21 AM