The past couple of days, we have been on the go non-stop!  Yesterday Josie had an appointment to see an Otolaryngologist (ENT) at the children's hospital.  We were there to discuss the results from the sleep study resulting in the memorable photos featured here and here.
When we arrived, in the spirit of our continuous effort to get Josie off the g tube, we whipped out her sippy cup and started our drinking and counting game in the waiting room.  An older gentleman sitting near us began chuckling as Josie continued counting and he asked me how old Josie was.  When I replied, "two," he said "Wow.  She is intelligent!"  His comment resonated in my ears for a second.  He didn't say "high functioning," and he didn't follow it "...for having Down syndrome."  He just said "She is intelligent."  Cool!  That little comment made my day.
You know what made Josie's day?  The fact that the nurse let her listen to her own heart with the stethoscope and then gave her a sticker!  Little did that nurse know that she made it next to impossible for the resident to listen to Josie's heart because Josie had an attitude of entitlement towards that stethoscope! 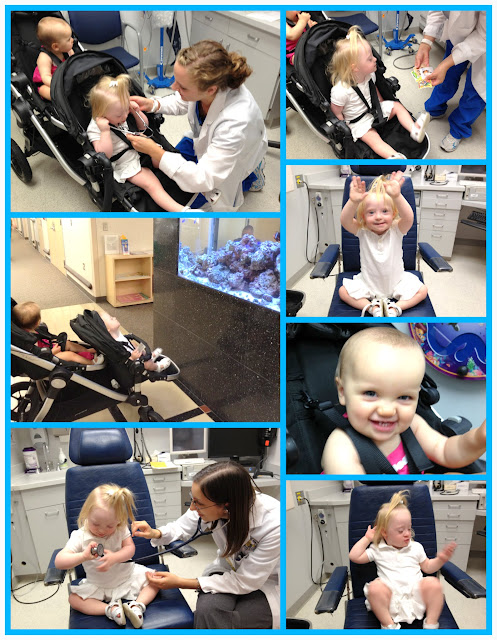 Other hallmarks of the day included me being asked if I was lost because we stood in the hallway staring at the aquarium instead of entering the waiting room.  There was a woman coughing loudly in there.  No thanks!  I'd rather look like a lost fool wandering the halls!  And taking after her big sister, Merryn continuously removed and threw her shoes and would follow it up with an oh-so-innocent "Uh Oh!"  Yeah right, kid.  That was not an "uh oh" - that was intentional! It got real old, real fast!
The sleep study results were slightly conflicting.  The doctor suggested Josie wear a CPAP to sleep.  It was a stark contrast from what the pulmomonologist had told me just a couple of months prior, so I pushed back.  I cannot imagine trying to strap a CPAP to my child's face every night and I refuse to do that to her unless it's absolutely necessary.  So we agreed to do another sleep study before proceeding.  I can't wait!  (Insert eye roll here)
This morning we ditched the stroller and opted to take a different mode of transportation to treadmill therapy. 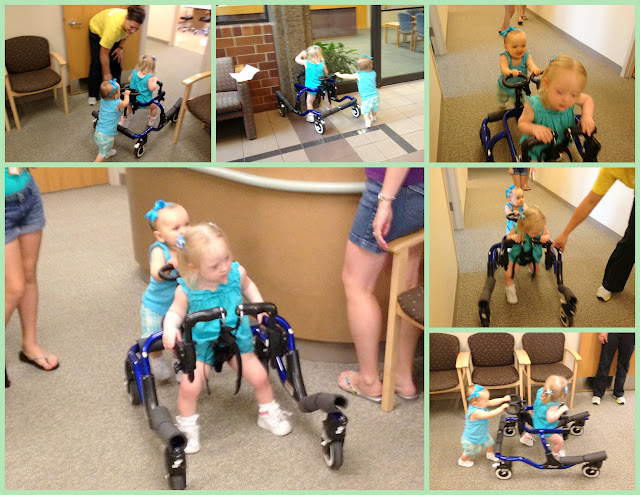 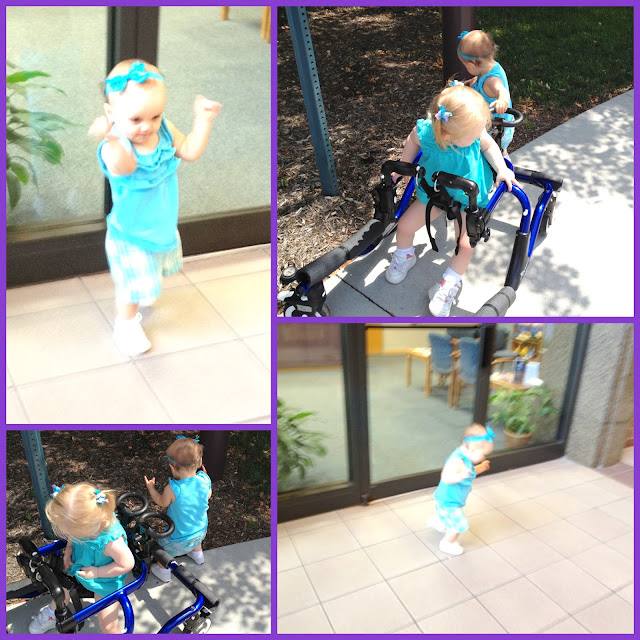 That's the update for now.  We've got fun plans this weekend which will hopefully include some cool photos so stay tuned!﻿
Posted by EN at 1:15 PM