That's probably the only time the adjective "adventurous" will be used to describe Josie. 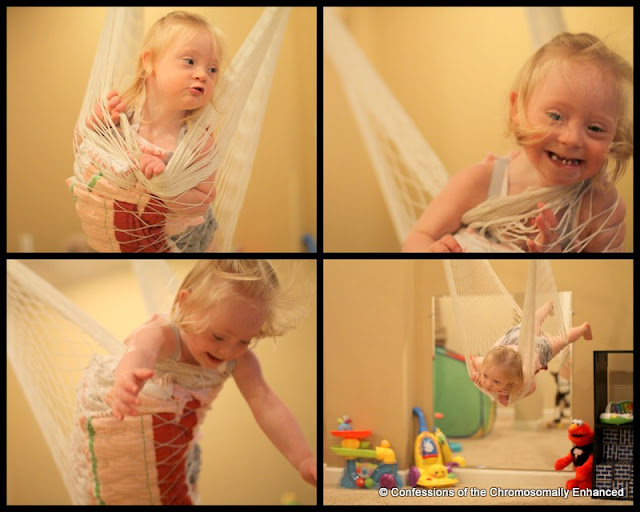 Travis (self proclaimed "Computer Geek") + 2 babies attempting to explore every button and cable near our desks = The Great Wall of Baby Gates
The structure is really quite impressive.  He loves those girls and would give them anything in the world, but some things are sacred!
Merryn + Flying JoJo = disaster

While being knocked over by a swing is probably a childhood rite of passage, Merryn has since learned to stay out of the line of fire while her sister is "flying".  Mama didn't raise no fool!
Posted by EN at 12:26 PM