The perfect Christmas gift for anyone on your list... 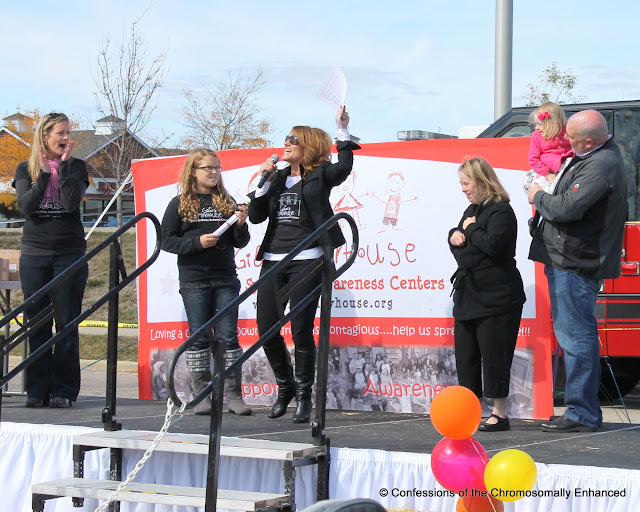 It's a shame Leanne is so averse to being in the limelight:

It's obvious all of the attention makes her extremely uncomfortable: 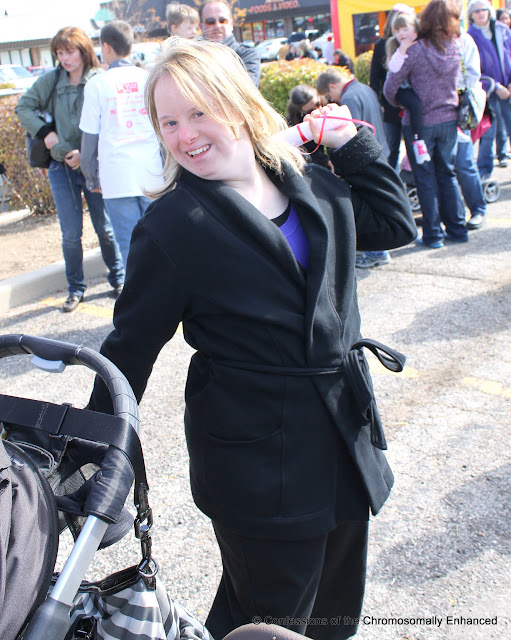 It's going to be awhile before she learns to embrace her new found celebrity status: 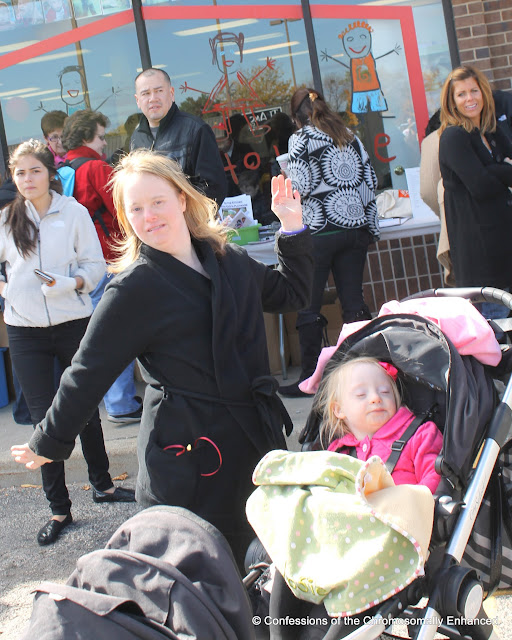 Meanwhile Josie has already let the fame go to her head.  Here she is asleep on the job at her first promotional appearance.  Yawn!  She's so over it.


This sequence of photos just made me laugh.  Here are Travis and Josie waiting for their turn to go up on stage:﻿ 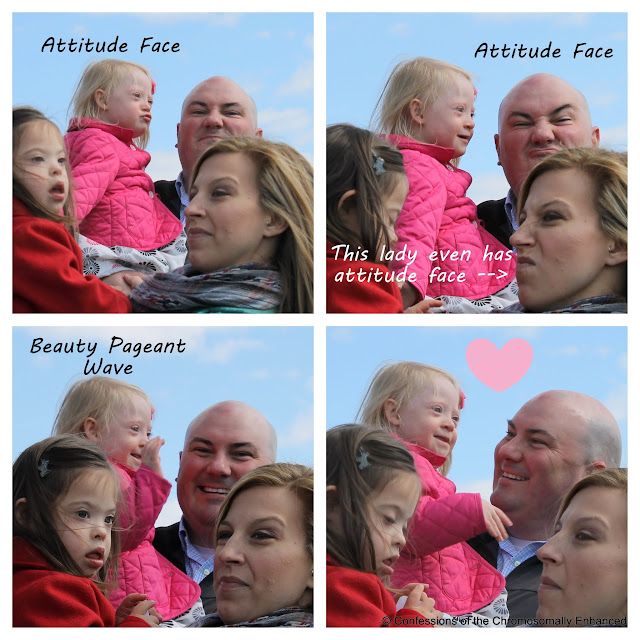 When we returned home, Leanne got right to work autographing calendars.  She sat and signed her name day and night... 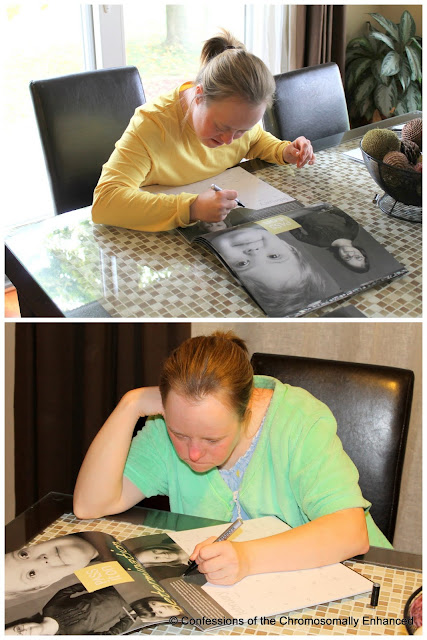 And now you will have the opportunity to own your very own GiGi's Playhouse 2013 calendar personally autographed by Aunt Leanne!  Josie and Leanne are among numerous chromosomally enhanced beauties featured in this calendar, which was shot by famed photographer Thomas Balsamo. 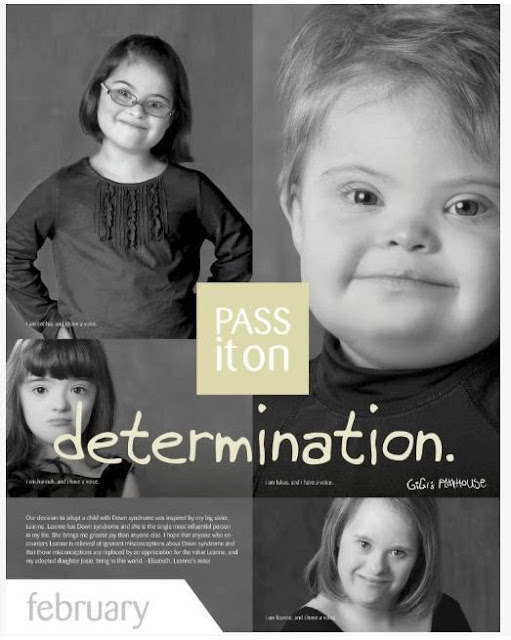 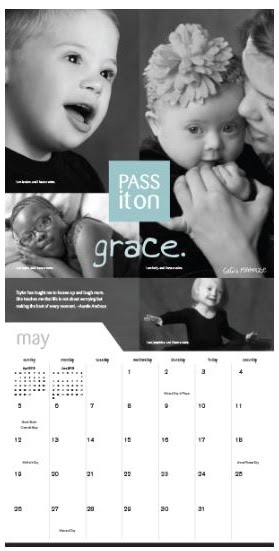 For $20 (price includes shipping costs), you can have your very own autographed, 10 year anniversary edition of the GiGi's Playhouse calendar featuring Leanne and Josie.  All proceeds go directly to GiGi's Playhouse to support their mission to increase positive awareness of individuals with Down syndrome.
Act now - supplies are limited!
Head on over to our PayPal store to reserve yours today!
Posted by EN at 6:41 PM