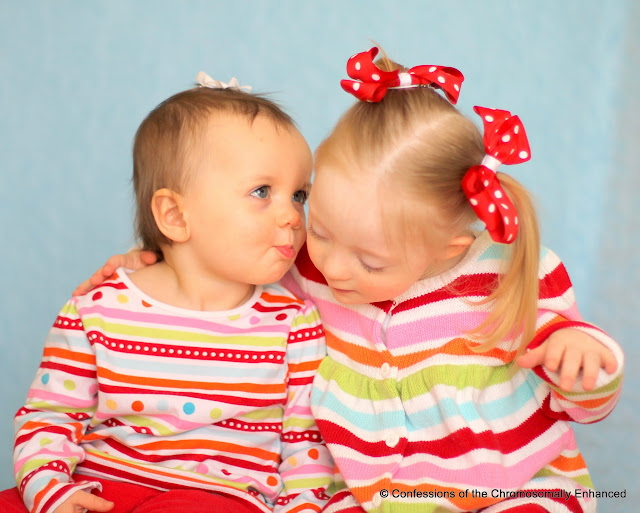 They are attached at the hip and when Josie isn't around, Merryn is Miserable with a capital "M".  Merryn always wakes up from nap first and all she does it ask for "DoDo?  DoDo?" until Josie wakes up, at which point Merryn blazes down the hall into the nursery excitedly shrieking "DoDo!  DoDo!" the whole way. 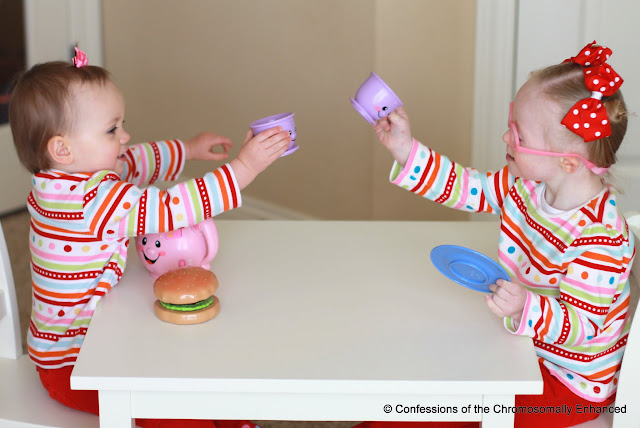 So it should come as no surprise that Merryn has developed a sudden zeal for dancing - seated dancing, that is.  Oh and just wait until the end of the video when Josie gets praised for her walking...
Posted by EN at 3:31 PM