Today, Josie wiggled out of one sleeve of her shirt.  Normally, I would fix it and we would go on with our day but today, she gave me an idea.
You wanna rock an 80's look, kid?  Rad!  Dude, that's totally tubular! 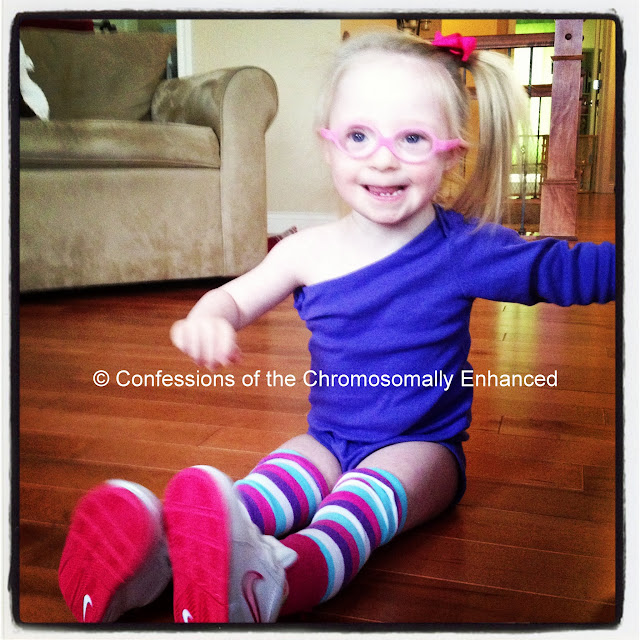 And then when she requested a dance party, I was like, "Gag me with a spoon!" - Psych!
Of course we had a dance party!
And it just so happens that Josie's favorite song of the moment is off of a classic album that dropped in 1989.  It has also inspired her new favorite greeting/catchphrase, "Yo VIP - Let's Kick It!"

Um, yeah.  Anyone who has been around Josie in the past few weeks has been subjected to the greeting, "Yo VIP - let's kick it!" which is probably about the last thing you'd expect to hear from a blond haired, blue-eyed, pink-spectacle-sporting, almost 3 year-old.  Fortunately, the embarrassment quotient is overshadowed by the humor quotient...in most cases.
Go ahead and judge me for exposing my kid to this song.  But I will turn around and judge you for depriving your kids of one of the greatest artists to grace this generation.  Vanilla Ice is right up there with MC Hammer, Milli Vanilli, and NKOTB.  Oh please tell me you do not deprive your kids of NKOTB!  We're talking legends, people!

Besides, there's only so much Usher one mom can handle (no offense, Usher)!  She must broaden her horizons at some point. 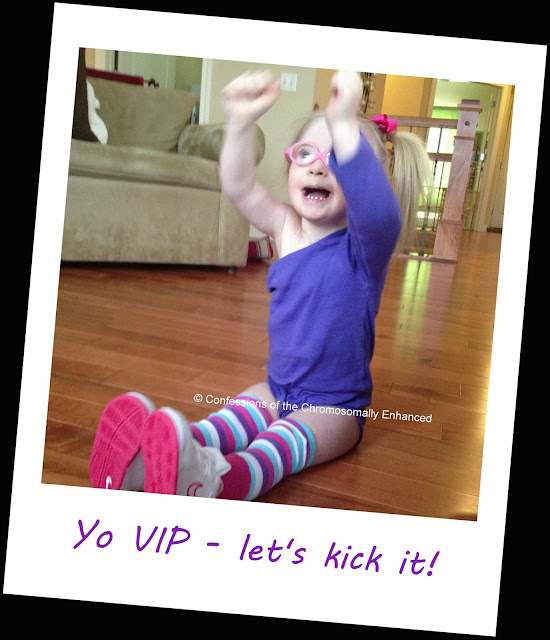