Josie's biggest area of delay - by FAR - is gross motor skills.  After 3 years, she finally learned to walk, but she still prefers to sit.  And you can forget about running or climbing on furniture or going down stairs or riding toys or things that most other little kids do without hesitation.  Josie will walk a few steps to get from one singing animal to another and that's it.  And girlfriend is happy that way.
Of course we'd like her to enjoy movement more and keep building her skills, so I had an idea:
Elizabeth:  I know you're going to think I'm crazy because the kid can barely walk, but I think we should put Josie in gymnastics.  I heard of this great program and the coach comes highly recommended.
Travis: Josie would HATE that - but it would be good for her!
And that's how we found ourselves at Josie's first gymnastics lesson yesterday.  Coach Nate just swooped Josie up and carried her off.  I took a deep breath, sat down on the red vinyl couch in the waiting area, and said a silent prayer for Coach Nate. 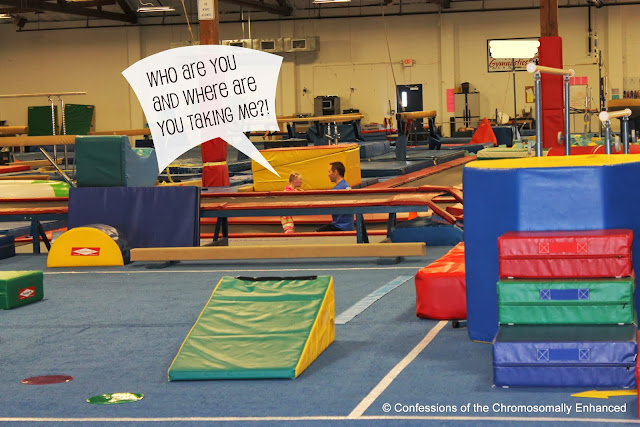 Right from the get-go, it was a stand off.  Nate had asked me if Josie signs.  "No, she speaks" I replied.  I couldn't hear much from where I sat except Josie's obstinate "No!" over and over and over... 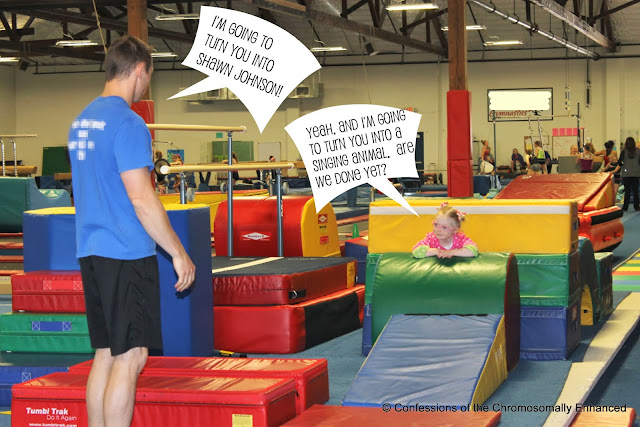 Coach Nate went into this session really enthused.  You know how different regions of the country use different colloquialisms?  Like, I used to work with a lady from the South who always said "Good Lord willin' and the creek don't rise!" (Hi Judy!).  Well, up here in the tundra, there's plenty of that as well.  Nate used some analogy to snow drifts on a gravel road in the winter...I had no idea what he was talking about but it seemed very encouraging as far as Josie's skills were concerned.  I've gotta hand it to him - he had a winning attitude in the face of great obstinacy. 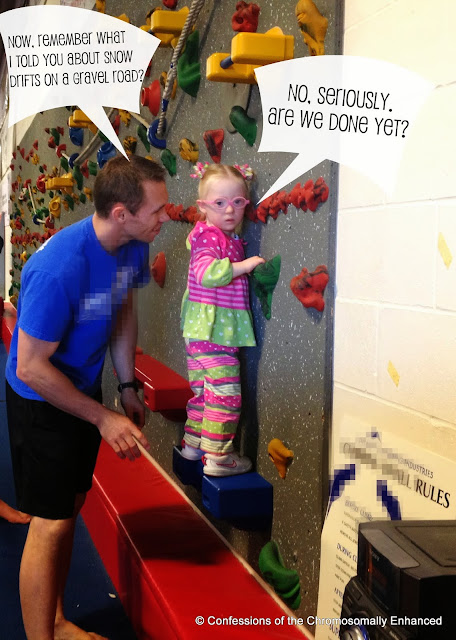 Merryn sat back and observed.  She, too, was enrolled in gymnastics.  She was watching her big sister intently while taking vigorous mental notes.﻿ 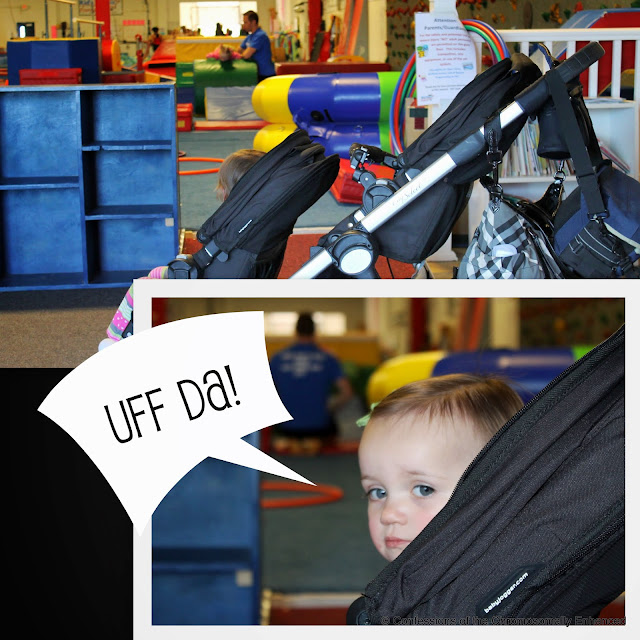 When Josie's first gymnastics lesson was over, she received a really awesome cherry-scented stamp on her hand. 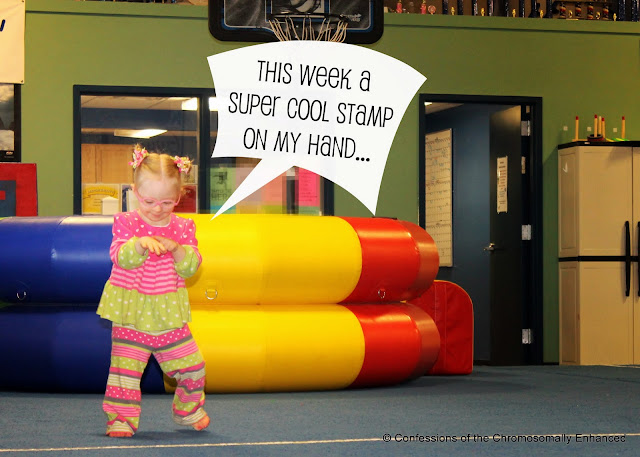 And even though it may have been a stretch to say that she enjoyed it, she wasn't traumatized.  And Coach Nate said that other kids have cried throughout their first session so it could have been worse!  We'll definitely be going back.  Who knows - maybe someday you'll even see her on the balance beam! 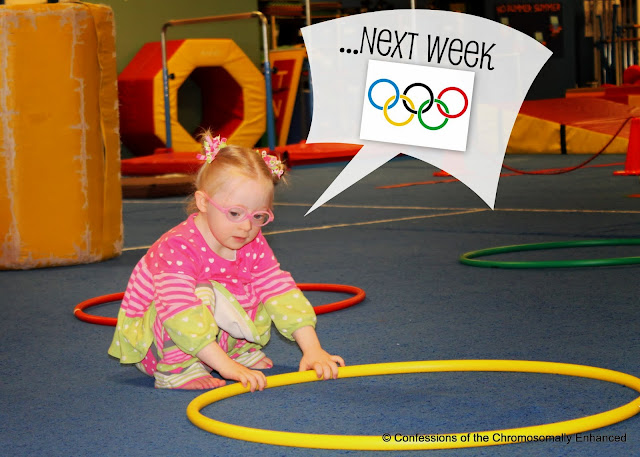 This post would not be complete without a huge kudos to Merryn who sat in the stroller, patiently flipping through books, for nearly an hour while Josie was in gymnastics.  With a huge room full of brightly colored climbing apparatuses to explore, I'm sure it took great restraint to sit quietly.  I have major egg on my face because just a couple of days ago I was frantically Googling how to get your nearly-2-year-old to play independently and here she showcased this amazing attention span, so we rewarded her by going to the park afterwards.  I am so proud of my little Merry-Go-Round! 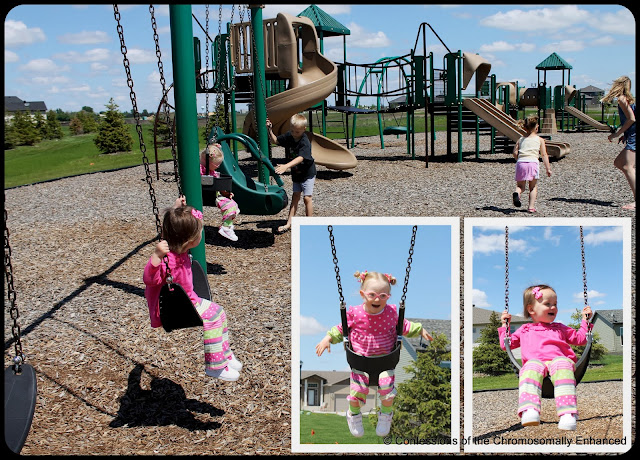