Today we celebrate the birthday of a very special grandma, better known as "YaYa".  YaYa dedicated her life to raising two wonderful sons - one of whom I became so fond of I decided to marry.  Like many women who relished in the joys of motherhood, YaYa eagerly anticipated the day that she would become a grandma.  While her oldest son, Corey, made that happen pretty efficiently after he got married, Travis and I drug our feet a bit.  We were busy moving to new cities, pursuing our careers, and indulging in the freedom that a childless lifestyle affords.  One night, more than seven years into our marriage, Corey told us that his mom had claimed that she'd given up hope that Travis and I would ever decide to become parents.  Travis and I had a hard time containing our giggles as the very next day, we planned to announce our intention to adopt.

You can imagine Travis' mom's reaction - both she and Travis' dad were moved to tears.  Little did they know that within the four years that followed, we would be giving them three additional grand babies to love!  And that's exactly what YaYa has done!  All of her granddaughters are so blessed to have this fun, vibrant, nurturing, and supportive woman as their grandma. 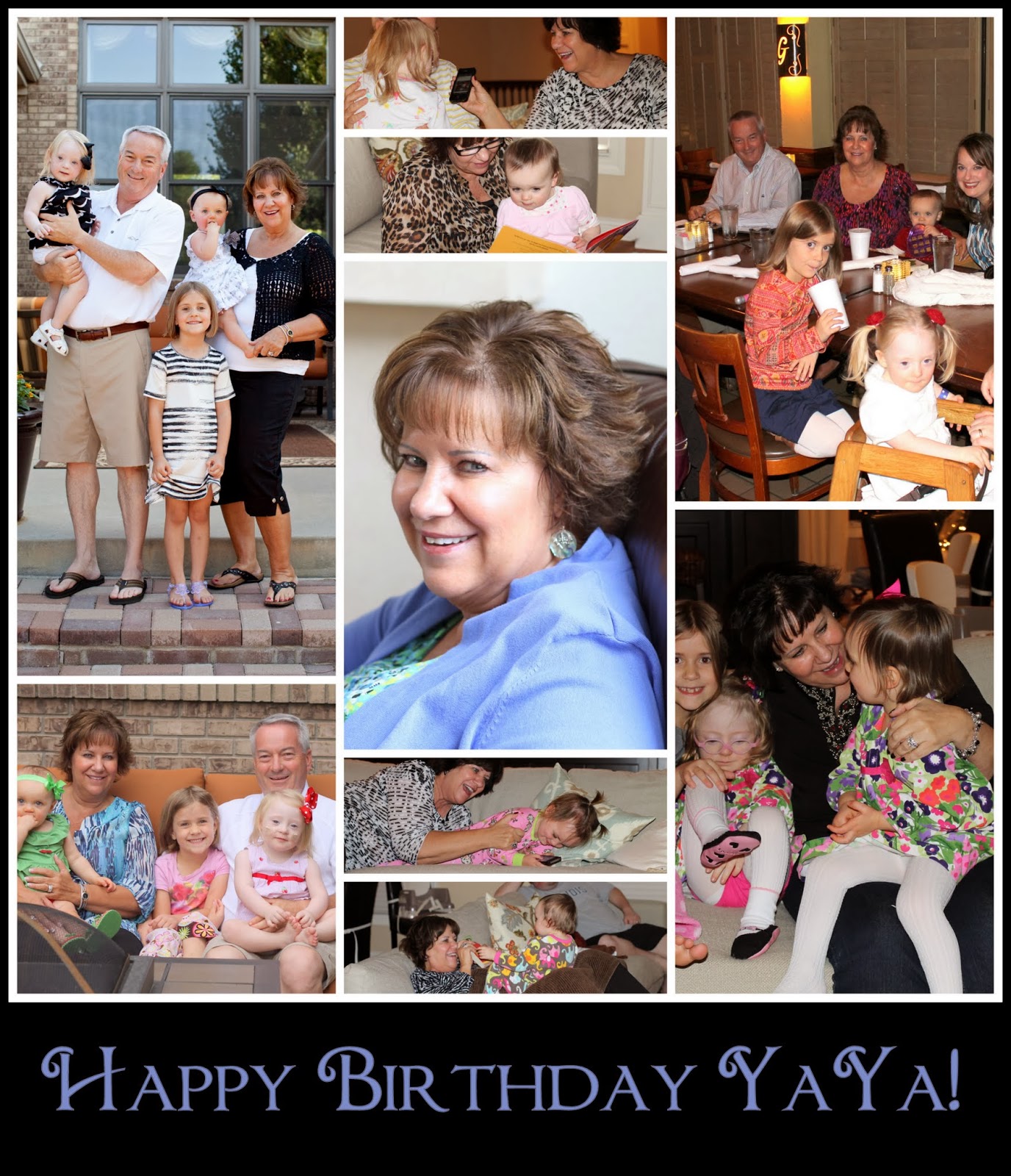 YaYa is celebrating a big milestone birthday today.  I promised her I wouldn't tell you which one but it doesn't matter because I assure you, you would not believe me anyway!  Without further ado, YaYa, this one's for you: