Last night we all gathered together in the girls' room as we do every night; Travis was seated in the plush, chocolate brown rocker with both girls on his lap while I sat on the ottoman.  Travis asked the girls what book they wanted before bed and Merryn requested the ABC book.  "The ABC Book?!  That one's boring" Travis lamented, as it truly is just a listing of the letters in the alphabet along with a picture of an item that begins with each letter.  "No, Merryn reads it to JoJo!"  Merryn  refuted.  Suddenly it all made sense and I explained to Travis that Merryn selected that book because it's one she can easily  "read".  Without skipping a beat, Merryn grabbed the book from Travis, opened it, pointed to the first letter and said "A.  A is for...what is A for, JoJo?  What's this?" and she pointed to the corresponding picture until Josie replied "Apple" at which point Merryn praised "Very good, JoJo!" and she moved on to B...

This tendency for Merryn to want to help/nurture/instruct/boss/praise Josie has earned her the affectionate title of "Little Mother Hen" around here and it doesn't seem to be going away anytime soon. 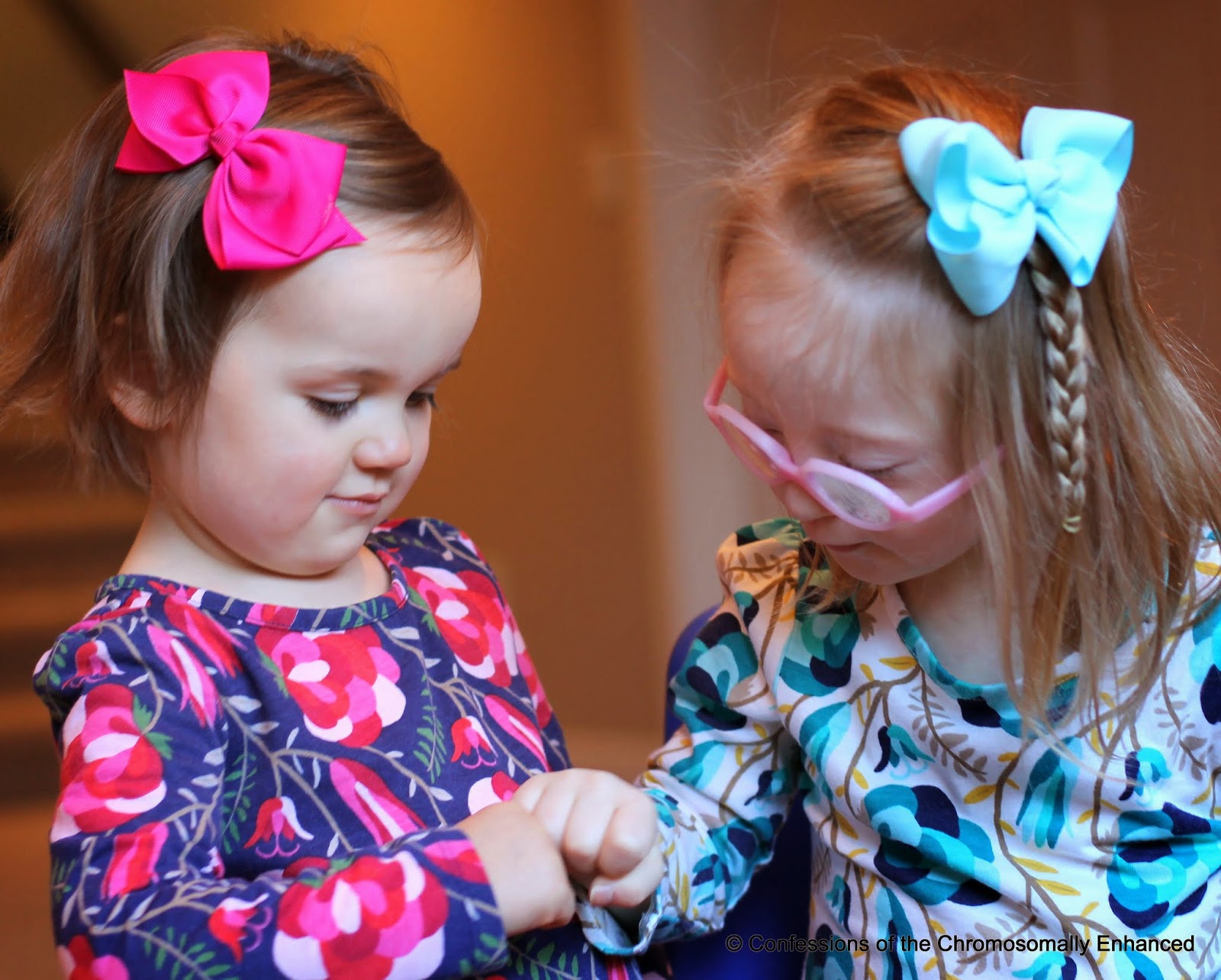 As a consequence of having relied on a G tube for so long, Josie has significant eating/feeding issues and she has been in intensive feeding therapy for more than 2 years.  Every day Merryn sits at the table and watches Travis and I implement the techniques we've learned in feeding therapy to help Josie finish her meals.  Recently, Merryn has taken an earnest interest in "feeding JoJo" and by "earnest interest," I mean Girlfriend throws a major tantrum if I decline to let her be involved in the process.  Merryn watches me crush up Josie's medications in her yogurt and she wants to do it.  She watches me shake the thickener into Josie's Pediasure and she wants to do it.  Then we watches me use the techniques we've learned in behavioral therapy (oversimplified version: "FIrst bite, then highly preferred musical toy of the moment") and Merryn wants to take over the process from doling out the food to pushing the button on the singing animal. 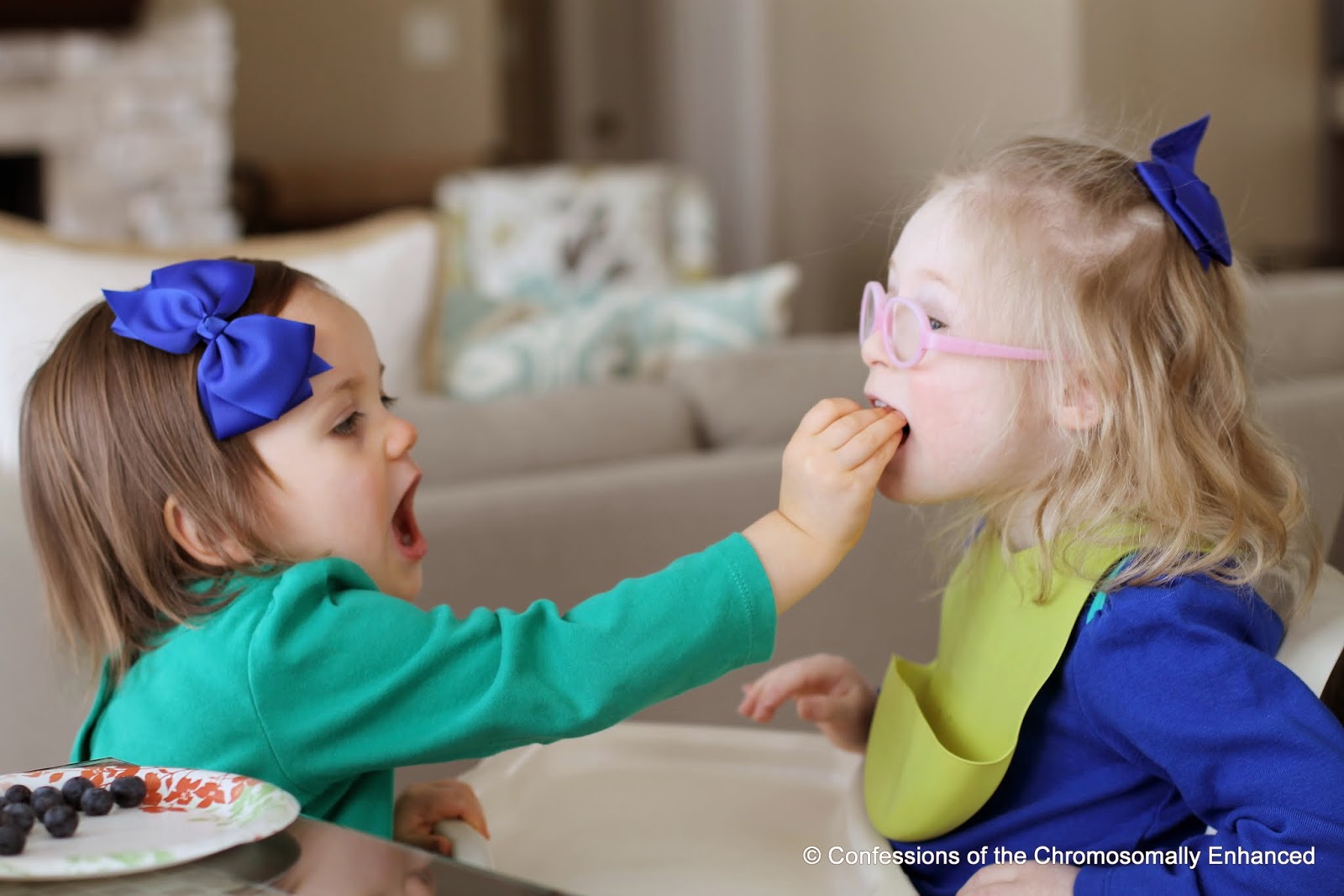 The primary problem with Merryn's involvement is that our ultimate objective is for Josie to feed herself independently, but Merryn's primary objective is to enable Josie's dependence on her, so that Merryn will continue to be able to offer as much assistance as possible. 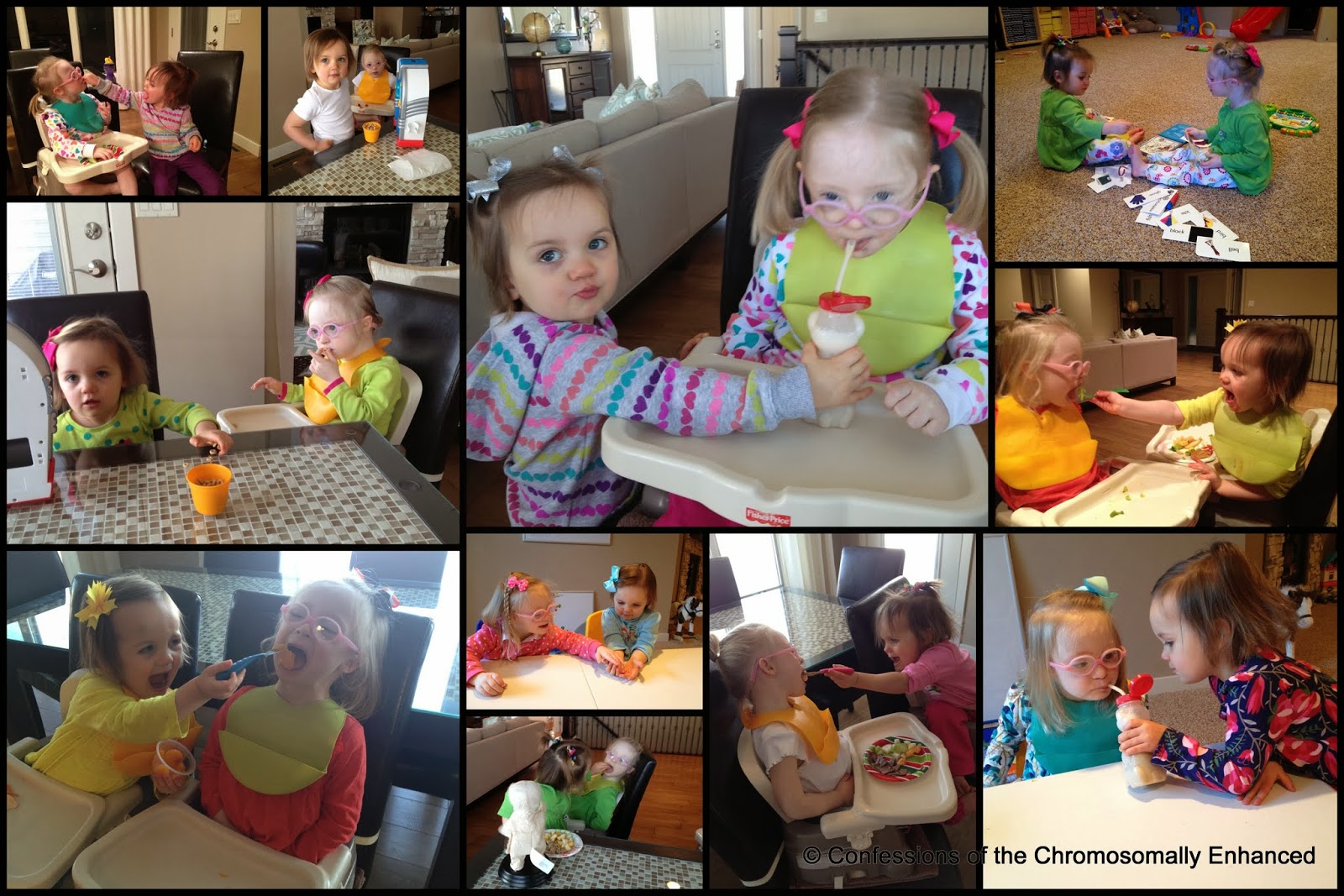 But "Little Mother Hen" does not stop at feeding.  She also initiates academic and therapeutic drills that she's learned by watching Josie's therapists and myself work with Josie.  She loves to wave flash cards in Josie's face and demand that Josie identify the item on the flashcard.  She loves to push Josie on the swing or play catch with Josie just like Josie's physical therapist does. 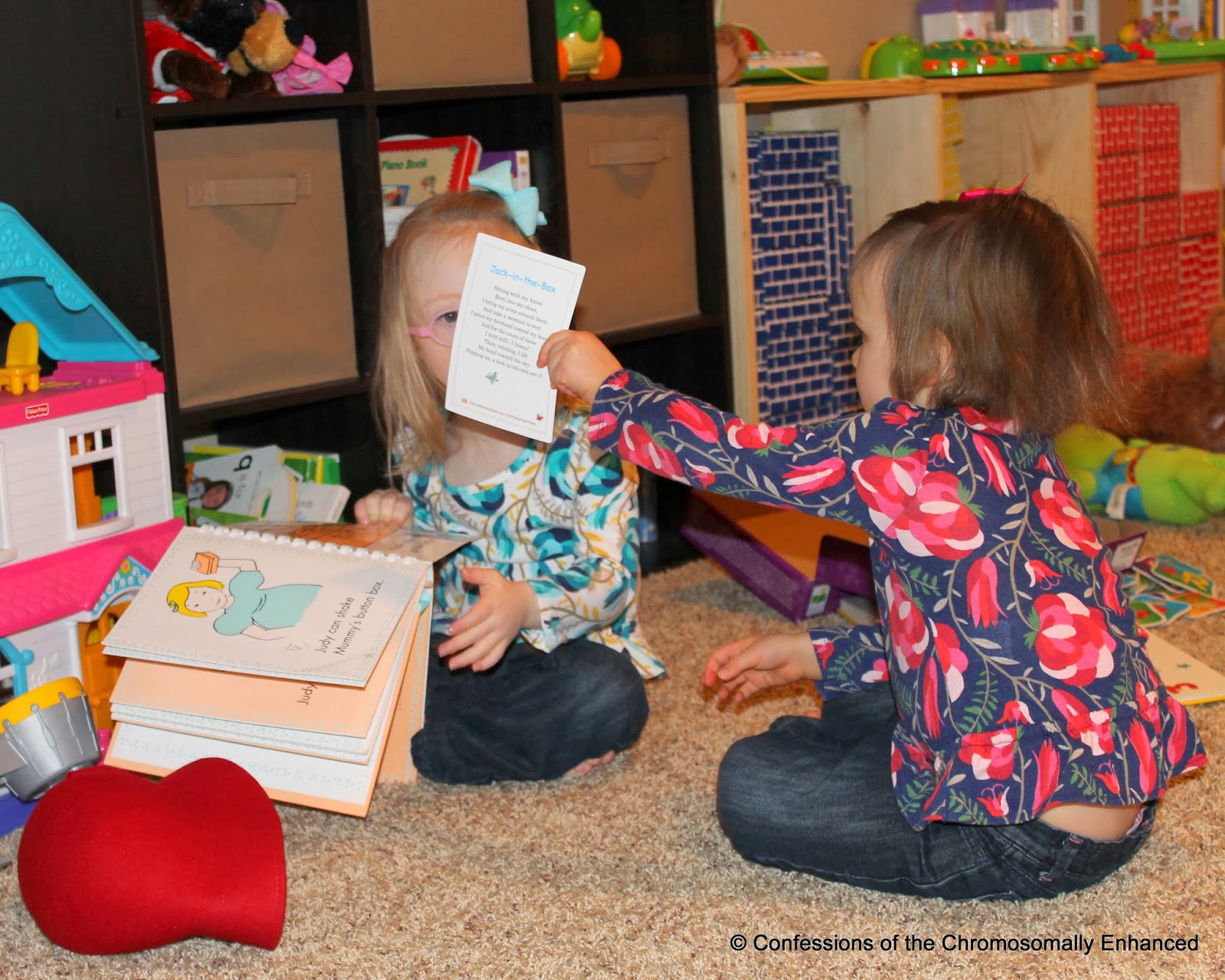 Even when they're just playing, Merryn assumes her role as the leader of whatever activity it is.  The other day she insisted Josie play dress up dolls with her.  She handed Josie the doll with blond hair and said "This is for you.  This is JoJo." and she grabbed the brunette doll, held it up and said "This is for me.  This is this girl (pats herself on her chest)"
Did you catch that Josie?  You've been given your directive - don't get it confused! 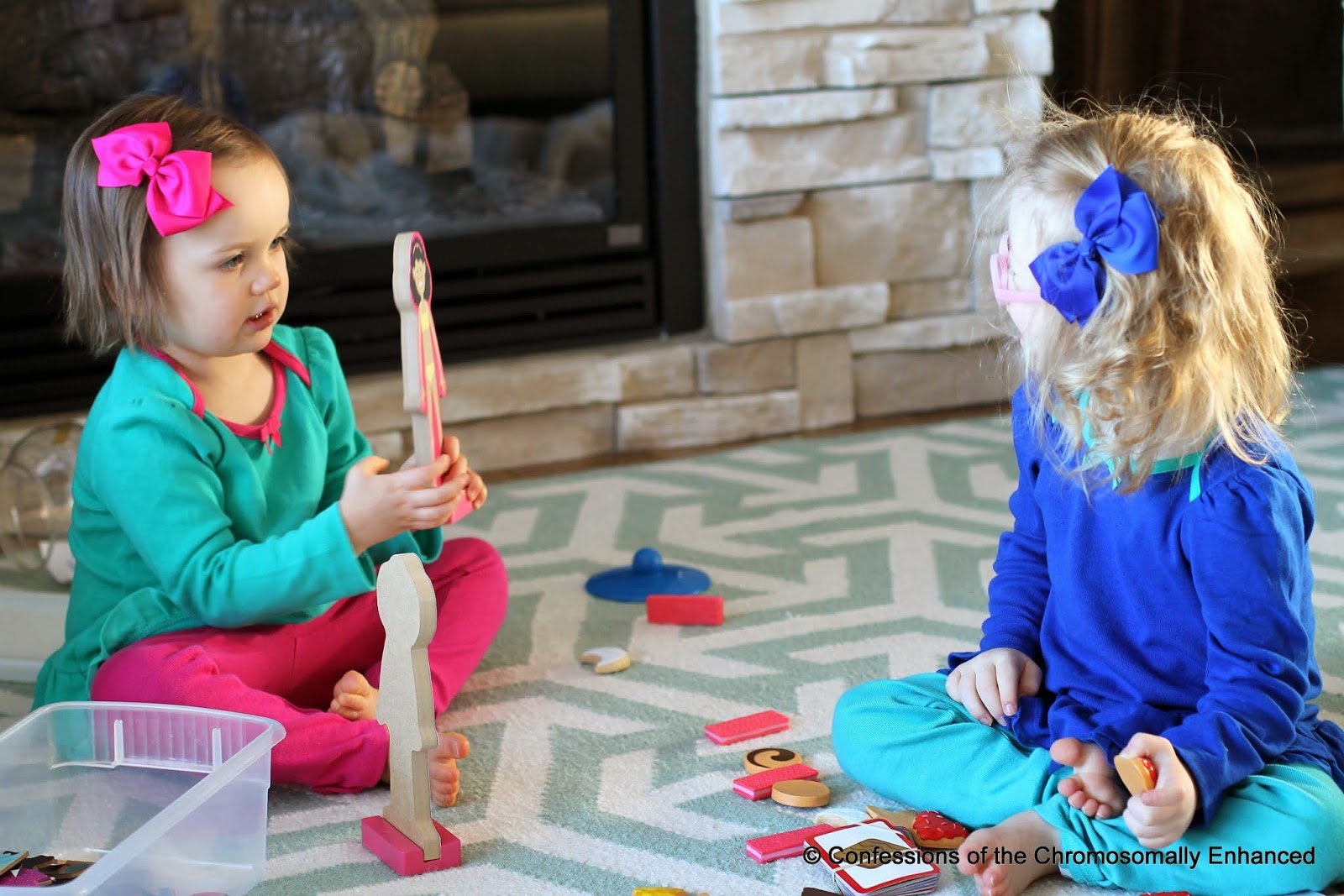 And if there was ever a moment you would expect Josie to exclaim "That's ENOUGH!  Leave me alone!!!" it would be when Merryn accompanies Josie into the restroom, pulls up a stool just inches from the toilet, and grabs a stack of books and begins "reading" and drilling Josie about what's happening in the illustrations.  While most of us would prefer to do our business in private, Josie just takes it in stride. 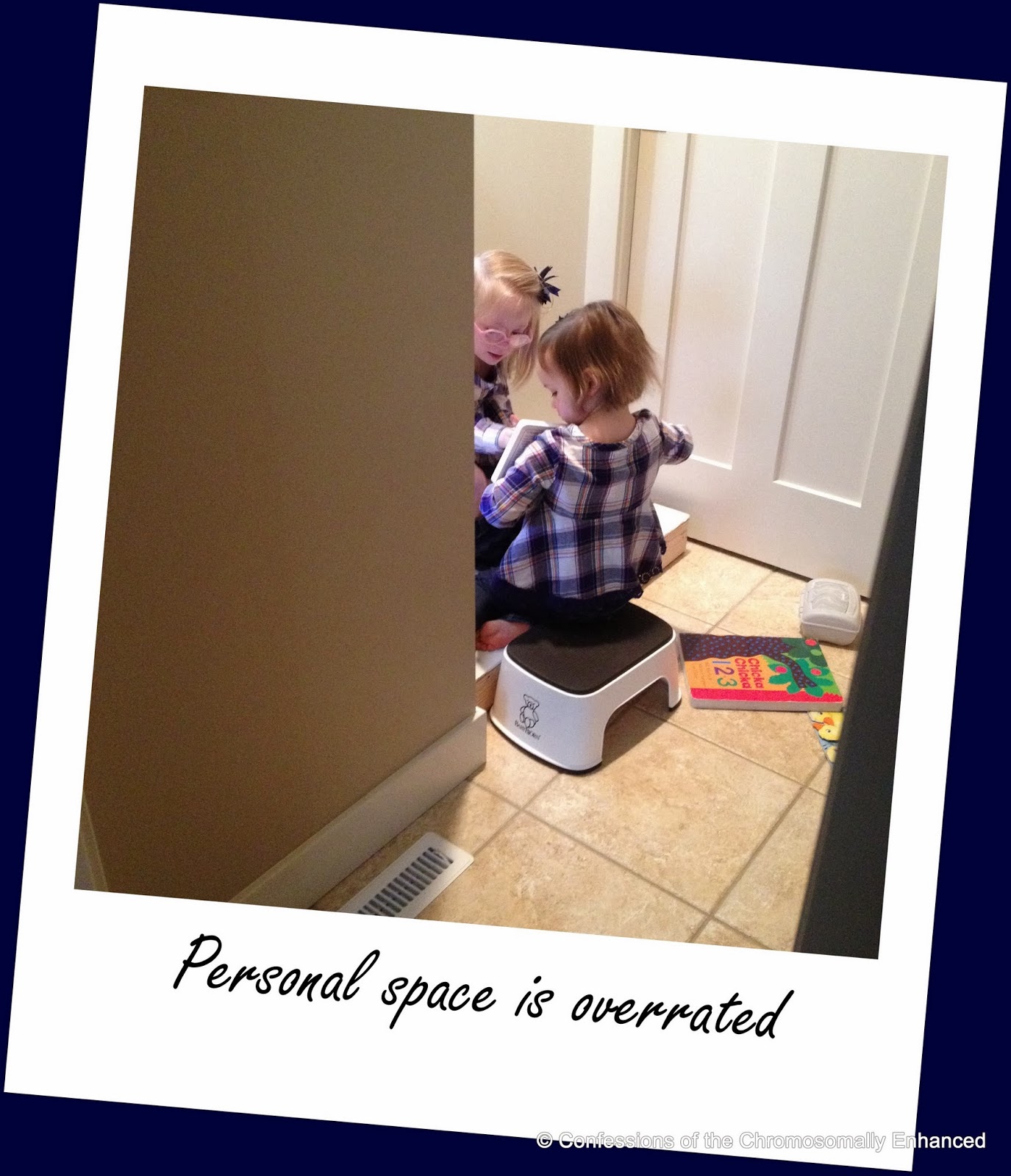 What baffles me (and makes Travis snicker) is how Merryn became this way.  Travis would sarcastically say "Hmm...she's a bossy little control freak.  Where could she possibly get that?!"  Okay, okay, I get it.  But still!  No one ever asked her to take such an interest in Josie's care and development.  We would never place those expectations upon her.  But she just inserts herself into these situations with such irrefutable authority so as long as it's not hurting anything, Travis and I just let her do her thing.  And I guess someday when Josie's had enough, she'll let her know one way or another.  Perhaps having a new baby to heap loads of unsolicited attention on will give Josie some breathing room. 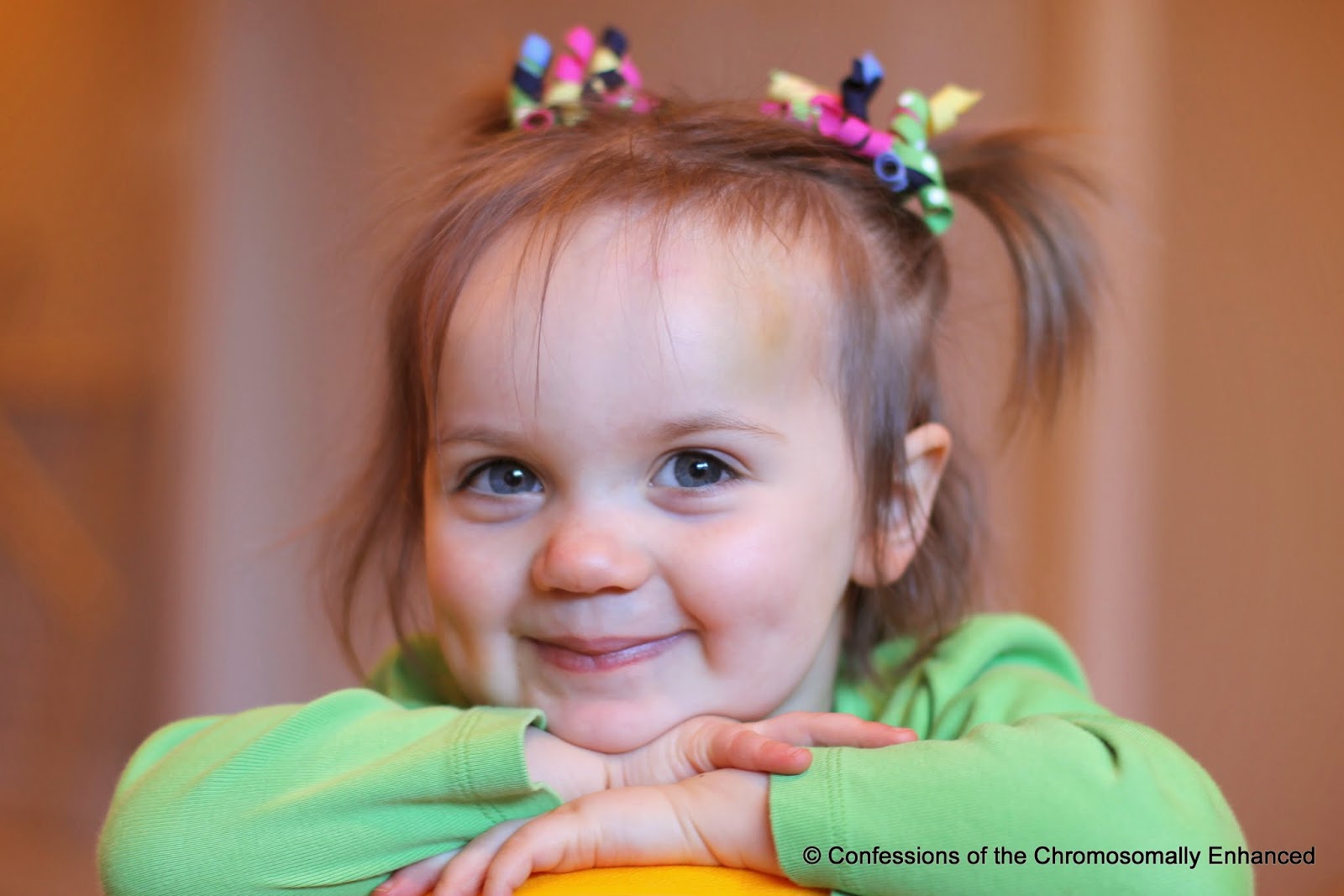 Until then, Little Mother Hen will find plenty to do to keep herself busy and "helpful" around here - whether Josie wants her help or not!
Posted by EN at 4:37 AM