A Different Kind of Tears

Last October, CCE featured a post about Josie's unexpected preschool enrollment and my subsequent emotional breakdown (CLICK HERE).  I cried so many tears over the thought of letting my baby go.  But that story had a happy ending.  Josie loved preschool.  Preschool loved Josie.  Every day Josie eagerly waddled her cute signature waddle (made even more clumsy by the cumbersome backpack that she wore) up the sidewalk and she confidently entered the doors of her school. Her face lit up as she greeted her classmates, their parents, the teachers, and aides.  But no one commanded a bigger smile than Mr. Don, the school custodian.

Mr. Don unlocks the door and holds it open for the preschoolers to file into the building, slapping him five as they pass.  For whatever reason, Josie took a liking to Mr. Don, and this ritual became the highlight of her day.  As the year wore on, she would make a beeline straight for the door, press her nose to the glass and call out for Mr. Don until he arrived.  She would run to him and grab his hands and they would rock side to side in this little dance while Josie beamed as she stared at him and sang out "Mr. Doooooooonnnnnnn!!!!"

After having the summer off of preschool, we returned today, and as expected, Josie made a beeline for the door and called out for Mr. Don.  When he didn't arrive, she became impatient and to my surprise, she walked over to the office entrance, hit the wheelchair access button (Who knew she knew how to do this?!) stormed through the door as it automatically opened, and barged right up to the school secretary, Ms. Judy. 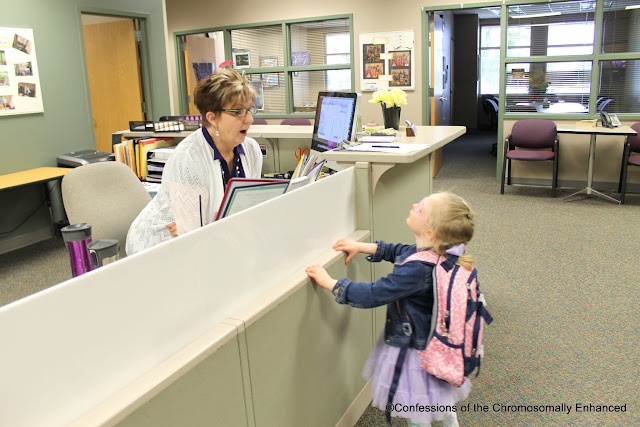 Ms. Judy is Mr. Don's wife.  She's told me that she and Mr. Don just adore Josie because she reminds them of their middle daughter who wore little pink glasses as a child.

Upon seeing Josie, Ms. Judy exclaimed "JOSIE!" and Josie cut her off and urgently said "Ms. Judy! You want Mr. Don!"  (pronouns confuse Josie and she frequently says "you want" when she actually means "I want").

Slightly mortified by her diva-like demands, I tried to calmly coax Josie back out to the foyer where she was supposed to be waiting patiently.  That's when I heard Ms. Judy radio "Mr. Don, please report to my office.  You have a very special visitor"

And with that, Mr. Don magically appeared. 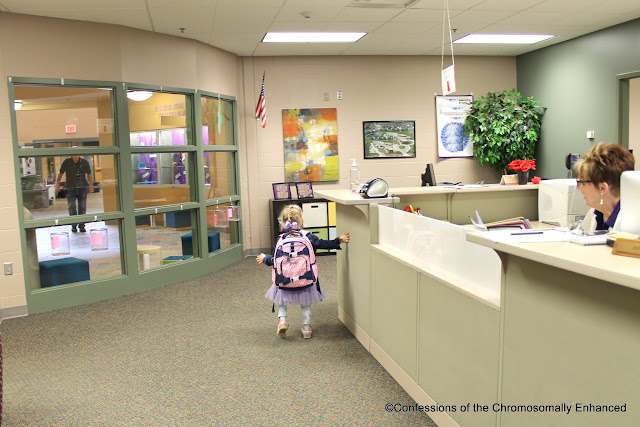 Josie's face lit up and she ran to him - well, Josie doesn't run but she shuffled over there as quickly as she could...

...I was seeing it all in slow motion; it was like a movie scene.  He put his hand up to the glass.  She put her hand on top of his... 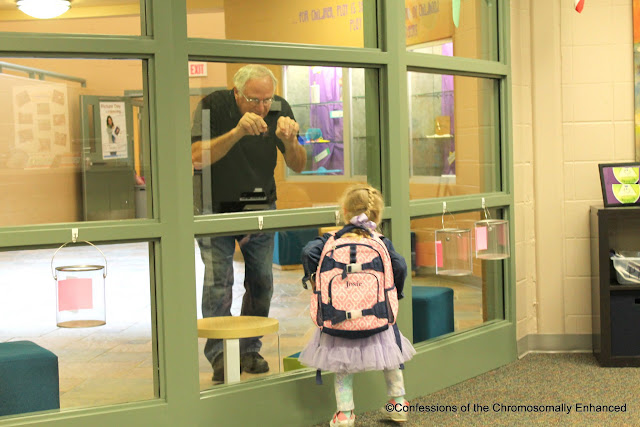 That's when my tears started flowing.  But they were a different kind of tears than I experienced last year.  They were the moved-from-the-bottom-of-my-heart tears.  They were tears of profound gratitude that I was delivering my baby back to this environment where she is loved and cherished by the most kind community of people who appreciate Josie for all that she is.  They treat her like they're lucky to have her there. 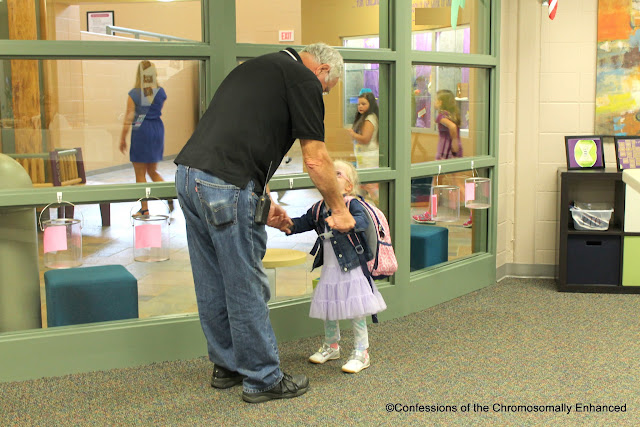 Mr. Don and Josie did their signature dance and I ushered Josie back out to the foyer upon realizing I'd left baby Lydia in the stroller unattended.

That's when more teachers and aides came pouring through the doors eagerly greeting Josie with smiles and hugs. 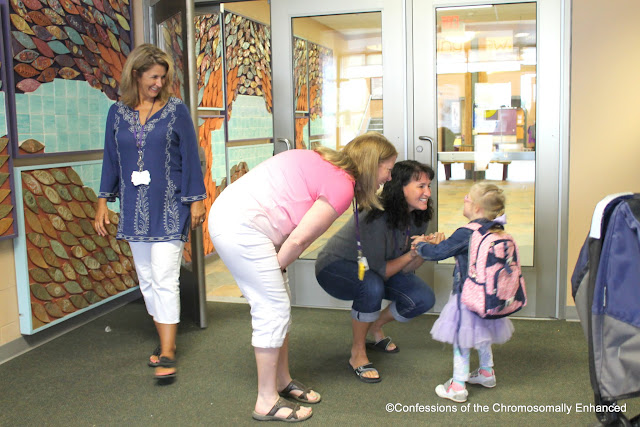 "Ms. Carrie-elle!" Josie exclaimed at the sight of "Ms. Carol," whose name Josie never learned to pronounce correctly.  Ms. Carol beamed and said "I haven't been called that in months!  I missed it!" as she bent down to give Josie a hug. 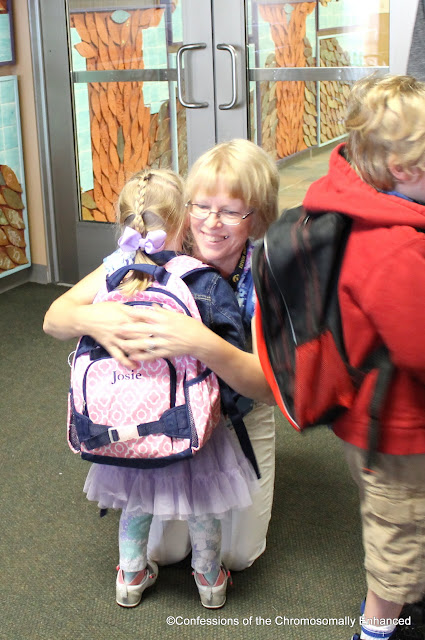 More happy tears washed down my face as I turned and headed out the door, so grateful to be leaving my daughter in the loving hands of these wonderful people.