When we were little, Leanne used to sing karaoke on the front porch.  She had a karaoke machine and she'd lug it out there and plug it in and she'd belt out all of her favorite tunes at the top of her lungs.  It became such an obsession, that my parents had to impose a curfew of how early she could start and how late she could go.  We didn't need any noise ordinance violations on our sleepy cul-de-sac. 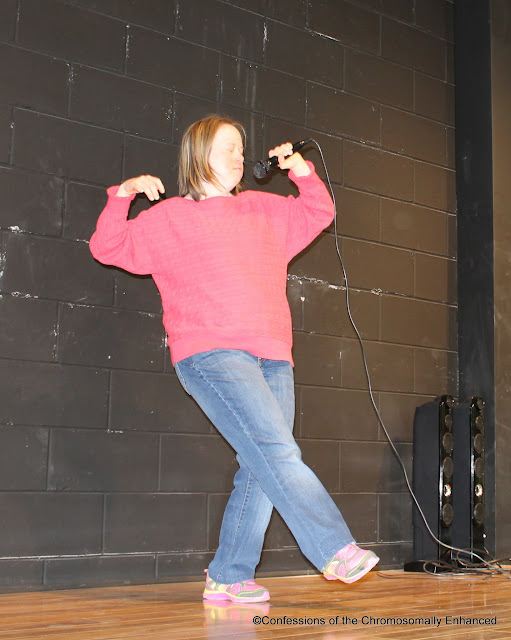 But the neighbors weren't bothered by it.  That was just Leanne being Leanne.  That was her idea of fun.  She had her own stage, she had her own microphone, and she had a tune in her heart that she wanted to release. 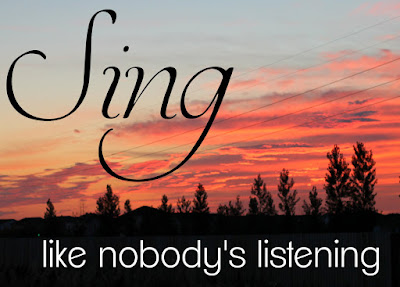 The other day we were cutting it close to get to preschool on time.  All of the cars pulled up to the curb and parents filed out with their children and headed towards the door.  But Josie was in no hurry.  Josie couldn't help but notice the sun was out, giving a pleasant reprieve from our gloomy, overcast Midwestern winter days.  Josie delights in the sight of her shadow almost as much as she delights in the sight of her own reflection.  So, regardless of what time it was and regardless of who was waiting for her, Josie was going to stop and dance with her shadow.

Thanks to her balance and coordination challenges, Josie frequently braces herself with her hands when she dances, leaving nothing much to do but bounce her little rear end up and down.  Thus, shadow dancing becomes shadow twerking.  But did Josie care what all of the other preschoolers' mothers would think about her little Miley Cyrus impression right there on the sidewalk?  Nah... 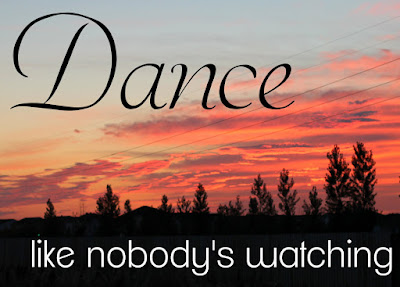 And while the rest of us stifle who we are to confirm to social norms, trying so desperately to fit in and be well-received by the general consensus, Leanne is singing in the sunshine.  And Josie is dancing with her shadow.  Never - not even for one minute - does it occur to them how odd this looks to outsiders.

They don't really make room for inhibitions in their worlds.  Nor does either one sit in judgement of others around them.  Imagine living in that universe.  I've had the good fortune of peeking inside, and let me tell you, it's a pretty awesome place.

So while the rest of us spend a lot of time worrying about others' perceptions of us, we allow our inhibitions to limit us every day.  If you could eliminate that variable, how much happier could you be? 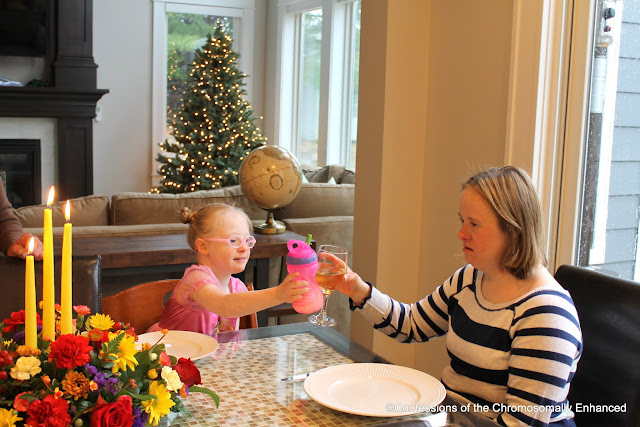 So, really, who's limited here? 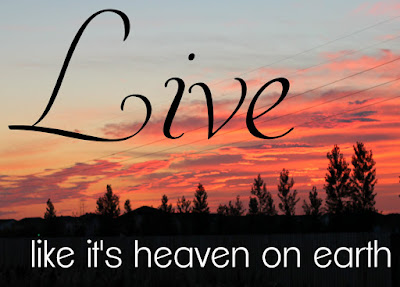