Hey Everybody!  Long time, no see.  You know how it goes: life.  Since receiving so much positive feedback about our behavior post and our visual aid posts, it seemed like a good time to revisit the topics discussed and have a little update.   And after drafting said update, I realized that it was too much information for one blog post (Translation: It was more than a semester's worth of reading for a college student pursuing a double major in English Lit and Philosophy).  Because I am a kind and merciful blogger with a first-hand understanding of life, interruptions, and mom brain, it has since been broken down into a three-part series.  And there is no report nor exam due at the end. 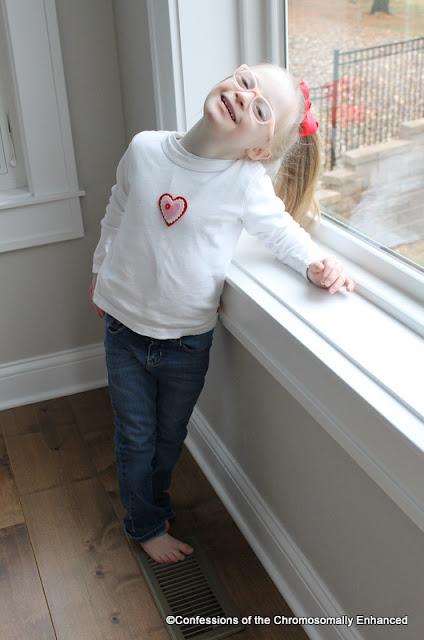 Growing up, my mom had this silly thing that she'd do where she talked to inanimate objects and Leanne thought it was hysterical.  The ketchup wouldn't come out of the bottle and Leanne would say "Talk to it, Mom!  Talk to it!"  My mom would say, "Come on, Crazy Ketchup.  Come out of this bottle.  I'm going to shake you and squeeze you until you come out!"  Leanne would roar with laughter.  My mom was an elementary school teacher.  She could do cheesy like nobody's business.

It's taken me longer to hone this talent but upon realizing just how much it can influence Josie's attitude and behavior, I try to make our interactions scattered, smothered, and covered in cheese.  Take for example, breakfast.  Josie likes to dawdle around upstairs instead of coming straight down for breakfast.  Then, I introduced "The Breakfast Is Right" announcement.  Now, she loves it so much that she will not come downstairs without it.  It's pretty funny:

Only one approach will work...#TheBreakfastIsRight #CallMeTheAttitudeWhisperer #IveBeenOutStubborningSinceTheDayIWasBorn
A video posted by Dual Divas of Down Syndrome (@catfishwithketchup) on Sep 19, 2016 at 7:22am PDT

It's such a simple thing to do but it makes a big difference in her attitude.  Do you know what else makes a big difference in her attitude?  Singing.  I feel like I live in a musical as our oral communication around here is often sung instead of spoken.  I make up ridiculous songs on the fly for all sorts of daily activities and trust me when I say that Andrew Lloyd Weber only wishes he could write such classics as my "Give peas a chance" song that I serenade Josie with when she dines.  Mmm Hmm...and the Tony Award goes to...drumroll please...Josie's Mom for "Arms in the sleeves" from the musical "Josie, for the love of all that is holy get your shirt on already - we're going to be late for school!"

My simplest and most adaptable song is also the most effective song these days.  It's to the tune of "If you're happy and you know it, clap your hands."  It can be used in so many different scenarios:

Josie loves to shout out names of her teachers or classmates at school and I will substitute those for "mommy;" 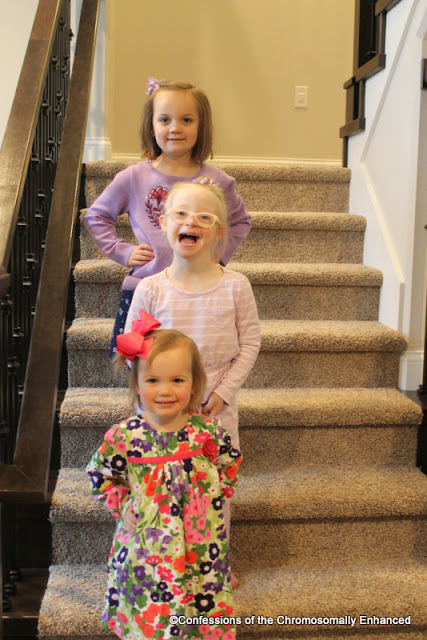 Other simple distraction games besides basic children's songs include counting (this works well when we're going up or down steps) or asking Josie to dance/march/hop with me to the desired location.  When it's bedtime, the girls make a train and they "Chugga Chugga Choo Choo!" up the stairs.  That way they're thinking about forming a train and bellowing the corresponding sound effects instead of the dreaded fate of bedtime.
I used to have dignity and some regard for what the general public considers socially appropriate behavior for a grown woman.  Now I have children and I just don't care.  I'd rather embarrass myself by singing in dancing in public rather than be embarrassed/stressed/frazzled/exhausted/sweaty by having to pry a 38 lb kid off of the dirty floor in public place because she's decided to flop in protest instead of walking obediently to the car with me.  So if you see Josie and I walking hand in hand,  belting out "I got you babe" at the top of our lungs with our air mics as we dance out of Walgreens, judge if you must.  But I find most people smile and giggle.  Some even join in.  That's the kind of world I'd rather live in anyway.

Tune in next time for the second part of our behavior update series: Encouraging Compliance by Making a Routine.
Posted by EN at 11:14 AM