A few weeks ago, I woke up early, cancelled my appointment at the bank, packed up breakfast, and threw the kids in the car so that we could be perched and ready to see a parade of elephants walk through the streets.  That's not something you see everyday, right?  I knew Josie would be thrilled!
Turns out I don't know my kids that well after all.  Because even though a herd of elephants sashayed in front of her, trunk-to-tail, larger than life, all Josie could do was repeatedly inquire about the whereabouts of the sheep. 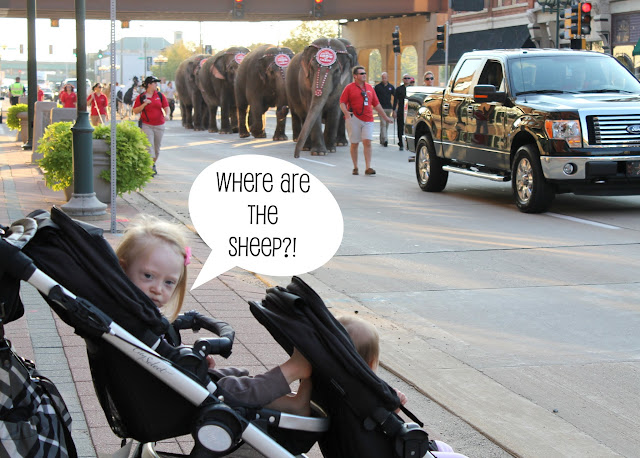 Really, kid?  I give you the largest living land animal, native to Africa, right here in the continental United States, in all of it's glory, and all you can think about are a-dime-a-dozen-woolly livestock that can be found at any given county fair?!
What can I say?  She's a sheep enthusiast.
That's exactly how Dad became the favorite parent.  Not like the title was mine to lose or anything.  I am under no illusions about that.  But it's the little things that give him the edge.  Like Mom offers vegetables; dad offers pizza.  Mom offers flash cards; dad offers singing animals.  Mom offers elephants; dad offers SHEEP! 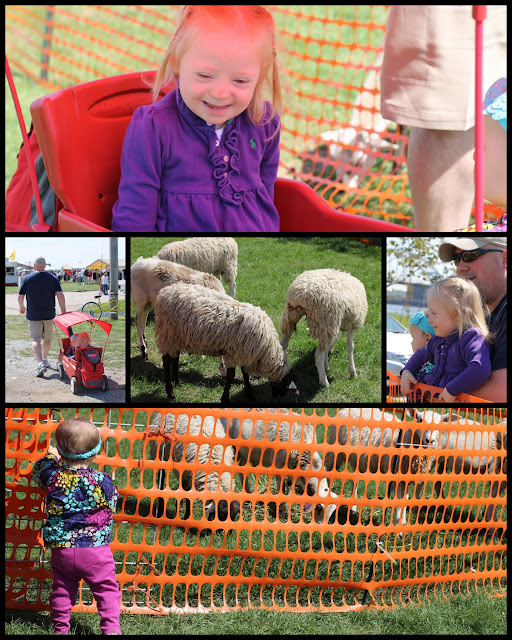 That's right.  By presenting a handful of sheep enclosed in orange plastic fencing, Dad single-handedly redeemed Josie from the elephant disappointment, further reinforcing his hero status in the eyes of Josie bo peep!
Where does he get his magic touch, you ask?  Well, probably from his own dad - better known as "Papa" around these parts.  The "pied piper of children" effect must be genetic as evidenced by the way Papa's presence immediately commands a mellow and attentive compliance from our girls during an impromptu photo shoot last week: 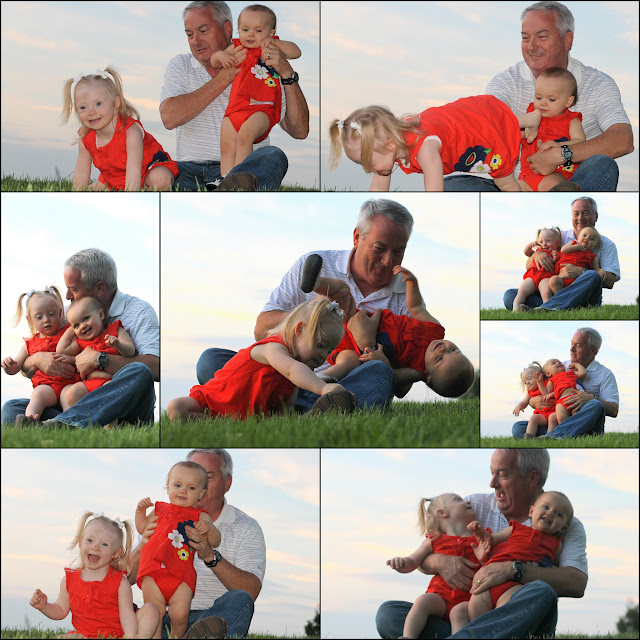 God bless him!  Despite Papa's best attempt at toddler herding, the cooperation exhibited by both the elephants and the sheep put my children to shame.
That pretty much sums up our week - a cross between a circus and a rodeo with a little county fair thrown in for flavor.
*Special thanks to Papa for making time to see us during his business trip.
Posted by EN at 12:44 PM