Down syndrome depicted in Renaissance Art

Today's post is a deviation from the typical anecdotes and photos of Josie, Leanne, and the other chromosomally deprived "co-stars" of CCE.  Instead, we will have a little art history lesson.  Did you know that individuals with Down syndrome are represented in art that dates back to the Renaissance era?
This 16th century Flemish Nativity painting, The Adoration of the Christ Child, may be one of the earliest European depictions of Down syndrome.  The angel on Mary's left and possibly the shepherd in the center of the background are identified as having characteristics of Down syndrome including:  a flattened mid-face, epicanthal folds, upslanted palpebral fissures, a small and upturned tip of the nose, and downward curving of the corners of the mouth. The hands, crossed over the breast, have short fingers, especially on the left. 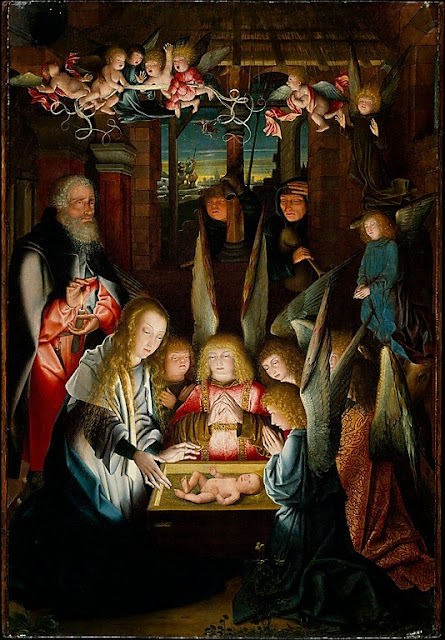 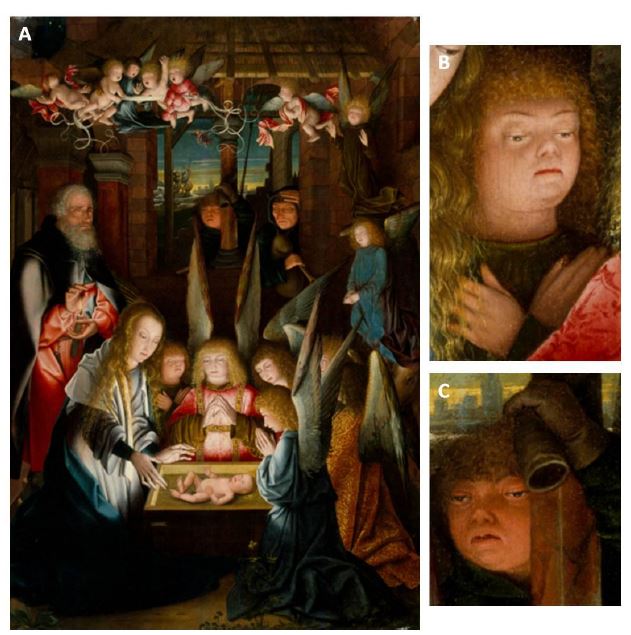 Andrea Mantegna was an Italian painter who is said to have depicted Christ as a child with Down syndrome in three different paintings.  The child who served as the model was thought to belong to either Mantegna himself, or perhaps he was a child of the wealthy and influential Gonzaga family who hired Mantegna because their child shared the same condition. 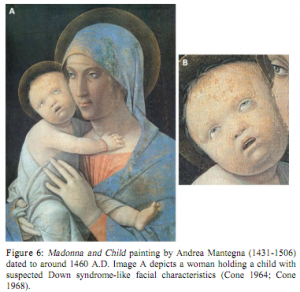 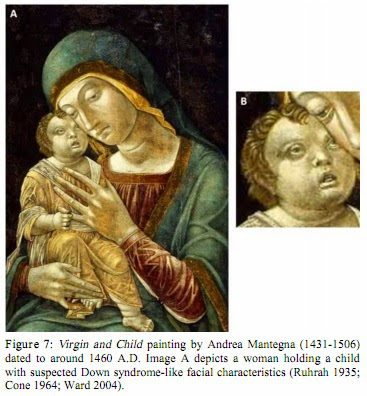 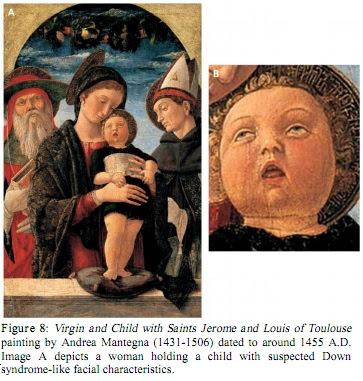 Dr. Brian Stratford, a specialist in developmental disabilities at the University of Nottingham, infers that Mantegna and Gonzaga wanted to highlight their shared appreciation of the humanity of children with Down syndrome “Perhaps Mantegna saw in this child something beyond the deficiencies which now so occupy our attention and perhaps then, the qualities of love, forgiveness, gentleness, and innocence were more readily recognized. Maybe Mantegna saw these qualities as more representative of Christ than others we now regard so highly.”
To read more about the role of Trisomy 21 in Renaissance art, check out:
The New Atlantis At Home With Down Syndrome
The Metropolitan Museum of Art The Adoration of the Christ Child
John M. Starbuck On the Antiquity of Trisomy 21
Posted by EN at 1:13 PM