Just Wait Until We Have Three (insert exasperated sigh here)

I had an idea for a Christmas card photo that was inspired by something I'd seen online so I started making the preparations for the big photo shoot.  When faced with two obstinate toddlers and a deadline, preparation is key.

What could possibly go wrong when you're working with adorable cherubs like these???  Oh, I don't know, perhaps one toddler awkwardly embraces her sister in a reverse choke hold... 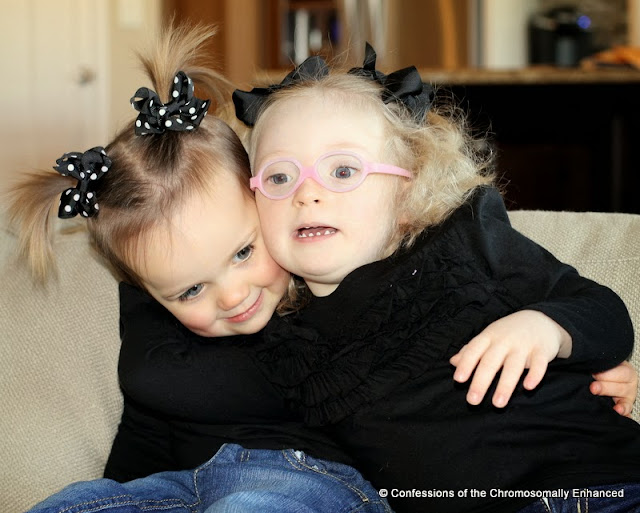 That's not where the WWE action ended, folks.  Josie pinned Merryn right down on that wrestling mat *ahem...sofa.  This was NOT the Christmas card I had envisioned. 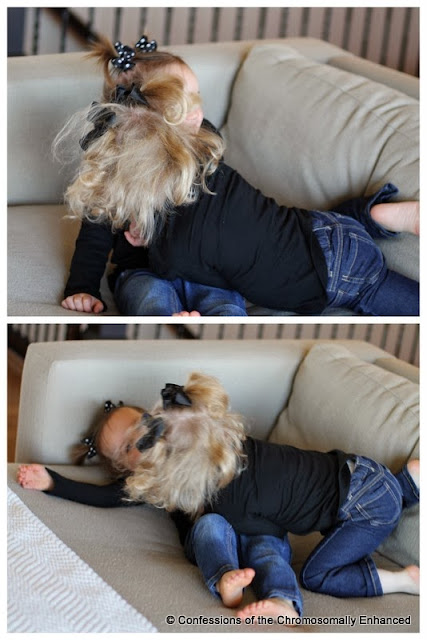 For those who are currently pitying Merryn; don't.  Girlfriend maybe be younger and she may have less hair, but she's scrappy and she ain't goin' down without a fight!  Two can play this game: 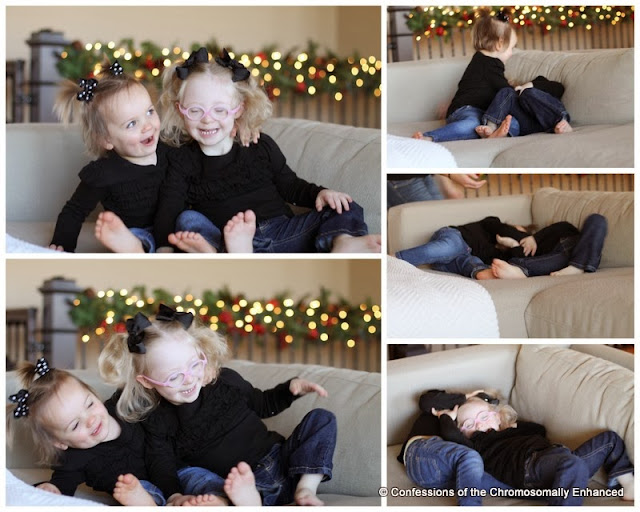 Still NOT the Christmas card I was intending.  This had turned into one big "Oh yeah??!  Take THAT!"   Ladies, ladies, LADIES!  Is this how Jesus would want us to celebrate His birthday?!?! 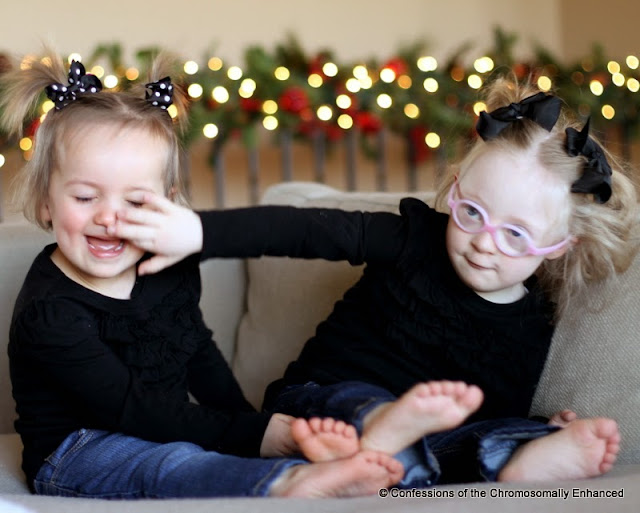 When all was said and done, there were no joint shots of my two little darlings in a warm holiday embrace with radiant smiles.  The closest we came was this awkward shot which violates several household rules, including, but not limited to, the "Don't stand on the sofa!" rule, and the "Don't make goofy faces while pointing to your teeth!" rule, and the "You're not Justin Bieber - pull your pants up!" rule.  (insert HUGE exasperated sigh here). 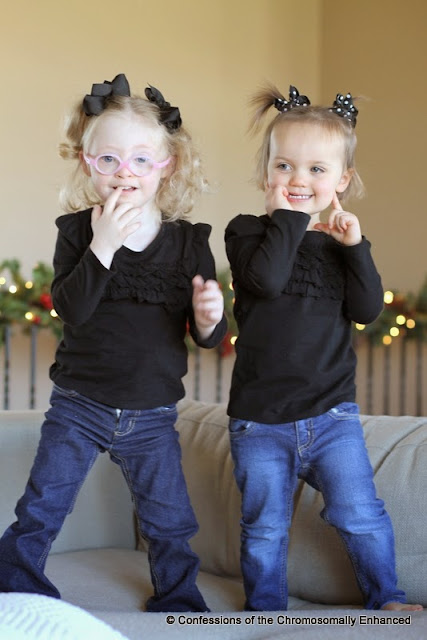 In retrospect we drew a few important conclusions: 1.  Straitjackets may come in handy 2. Preparation is NOT the key.  There's no preparing for what a toddler will potentially throw at you.  Prayer is more like it.  Pray for patience, pray for a sense of humor, and pray for a Festivus miracle.  3.  And for those of you with empty uteruses, wine wouldn't hurt.

Oh boy I can't wait until I'm working with three!