On more than one occassion while we were growing up, Leanne was made fun of because she has a disability.  Leanne has been called a "retard."
When Leanne was in school, she was in a special education class. The students with disabilities were isolated in another part of the building. The other students did not have a chance to get to know them.


Discrimination is rooted in ignorance.


Today, students with disabilities are incorporated into typical classrooms. Students with special needs participate in extracirricular activities alongside their typically developing peers. Because of the movement towards inclusion, we are all allowed the opportunity to interact with individuals with disabilities and in this process, ignorance is replaced with acceptance.
At a recent event I attended with other parents of children with Down syndrome, one mother was telling me that our local high school celebrates individuals with special needs.  Her teenage daughter has Down syndrome and because of the environment of acceptance at school, her siblings are proud of her.  They want her to accompany them to social events because their peers think she is cool.  She is not ostracized because of her extra chromosome; she is appreciated.  She is included.
It's been 14 years since Leanne graduated from high school.  Look how far we've come.
And even though we've come so far, we still have so far to go.﻿

Today is the official day to spread the word to end the R-word.  Even though society has come so far in advancing the rights of individuals with disabilities, the R-word still lingers as an accepted part of our vocabulary.
There are so many derragatory terms to refer to various classes of people that are so socially unacceptable that most of us wouldn't dream of using them.  And yet those same people who wouldn't dream of saying the N-word to describe an African American person, easily toss out "Retard" to refer to someone who is stupid.  To those of us who love someone with an intellectual disability, the R-word is just as jarring and offensive as the N-word.  We need to work together to eliminate the R-word from everyday speech.
Click here to get some tips on how you can successfully communicate why the R-word is hurtful and encourage your friends and family to remove it from their vocabularies.
Do it for Leanne.  Do it for Josie. 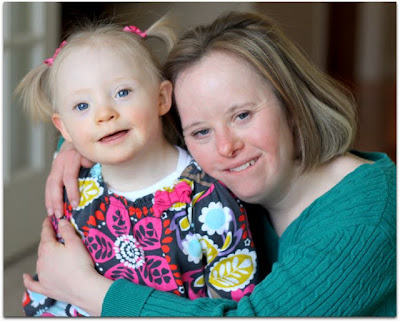