Things have been pretty mundane around here with no major escapades to report on; not that we're complaining because sometimes mundane is good.  But of course a lack of adventures doesn't mean a lack of photos... 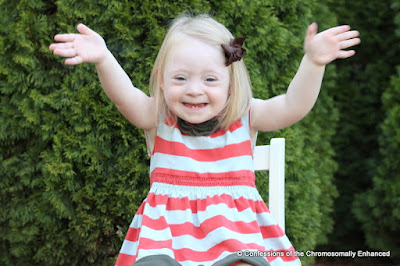 Josie has a new pose for the camera. Introducing the "happy face". In order to achieve this charming look, one must manually pull cheeks upward, forming a smile.  It's a little cheesy but it beats other faces the kid has been known to make. 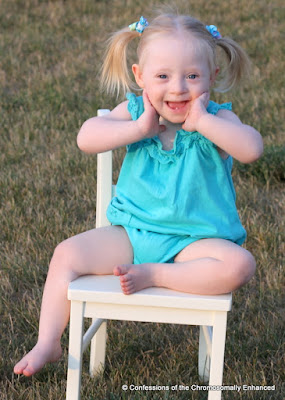 We went on a family outing to the Farmer's Market on Saturday morning.  The girls were rolling along in the stroller and Josie kept saying "piggy...piggy...piggy!"  Suddenly I looked down and realized her pinkie toe was stuck on the outside of her sandal while her other toes were inside.  It looked quite uncomfortable!  She was trying to tell us by proclaiming "piggy!" 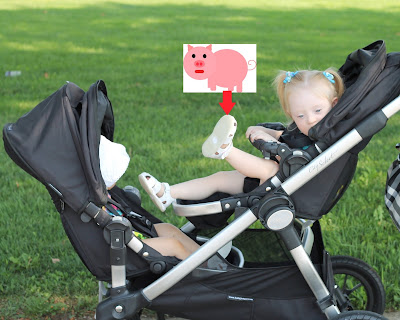 We're still waiting for her new Sure Steps to come in but in the meantime she's been wearing sandals and she removes and chucks them every chance she gets!  I make her recite the mantra "Shoes on all day!" but it doesn't seem to help :-/ 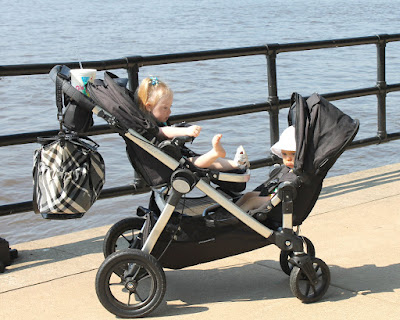 Other weekend activities included tending to our botanical responsibilities by watering the flowers.  The girls really enjoy helping to fill the watering can. 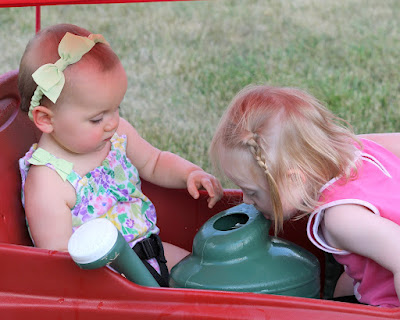 Yes, Josie is actually licking the watering can.  Don't act like you've never been tempted to do the same.  I fight the urge  to taste that green plastic every time I water the plants. 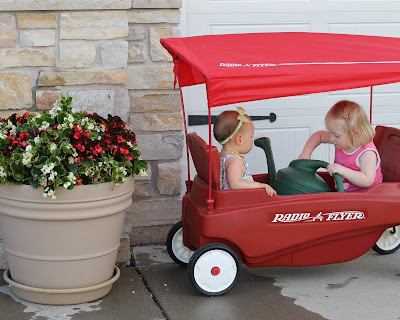 The ferns have certainly seen better days but our begonias have really withstood this Midwest heat wave beautifully!
We saved the best for last: 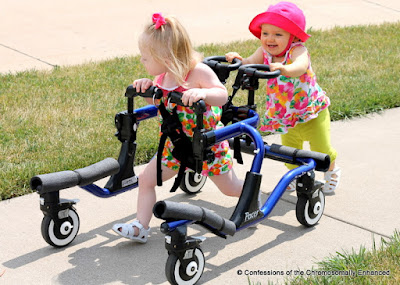 Doesn't Merryn look like she's having a fantastic time helping her big sister?  It warms the heart!
Posted by EN at 7:34 PM