Elmo - by the numbers 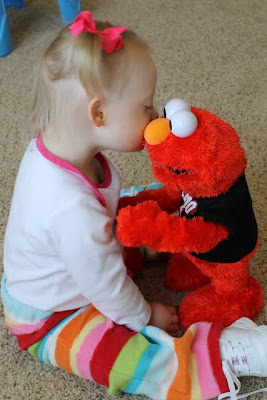 Josie's existence has been forever altered since the phenomenon known as "Elbow" has entered her world. Here's a little breakdown, by the numbers:

2 - The number of "Let's Rock" Elmo's Josie has owned since December 25, 2011.
3 - The number of states the aforementioned "Let's Rock" Elmo's have been pursued in by concerned parents and grandparents
7 - AM that is. This is the time of day when Josie starts requesting "Elbow"; essentially, as soon as she opens her eyes, she's yelling "Elbow" from her crib.
8 - The number of hours per day that Elmo is expected to perform (at least). Doubtful that the folks at Hasbro designed Elmo with this in mind. Hence, we're on our second Elmo in less than a month.
6 - The average number of kisses Elmo receives from Josie per day. Once again, this is a rough estimate. The actual number is probably much higher.
30 - The number of batteries that we have put in Elmo('s) since December 25, 2011. Seriously, folks. It's time to buy stock in Duracell. 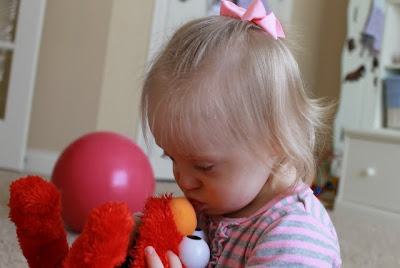 Just so you can get a feel for the impact Elmo has had on our household (and for the soundtrack of six once-cute-but-now-beyond-grating songs performed in that shrieky falsetto that play over and over and over and over all day long - a doubled edged sword for which we are so grateful that we would likely forsake indoor plumbing if necessary, because he brings so much joy to Miss Josie's days) here is a little clip. Actually, it's a rather long clip because I couldn't figure out how to trim it with my video editing software. Go ahead and watch it 120 times and that will give you the real experience of a typical day around here:

Yes, my child actually shushes me because I'm interrupting Elmo!


And here's how that jam session ended: 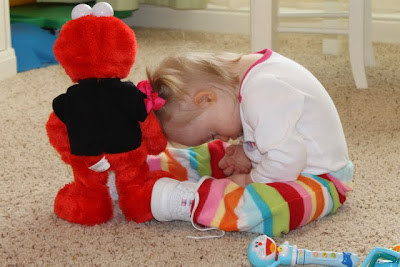